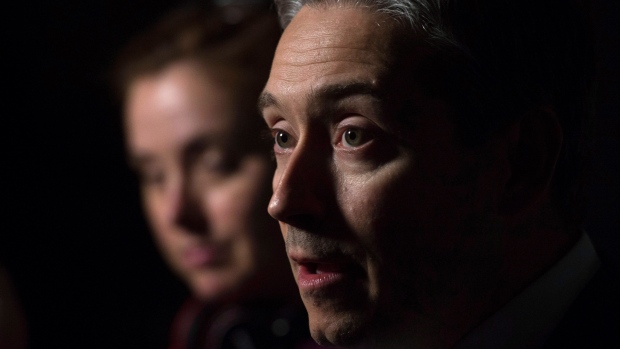 Canada’s minister of international trade, Francois-Philippe Champagne, will sign the Comprehensive and Progressive Trans-Pacific Partnership — the CPTPP, formerly known as the TPP.

CBC News has learned that the following day, if all goes as planned, Canada’s delegation will board a plane and fly over the Andes to Asuncion, Paraguay, to launch free trade talks with the Mercosur bloc of nations.

Mercosur is a trade bloc formed in 1991 by Argentina, Brazil, Paraguay and Uruguay. It is the largest trade bloc in this hemisphere after NAFTA. (Venezuela is also a member but is currently suspended because of the collapse of democratic institutions in the country. Bolivia is in the process of joining.)

Brazil is the giant of the bloc, with a population of over 200 million and a gross domestic product 25 per cent bigger than Canada’s. Argentina is home to 44 million people; it has the highest per capita income in Latin America and a large middle class.

Paraguay currently holds the rotating presidency in the bloc, which is why talks will take place there.

Canada has a string of free trade deals with non-Mercosur Latin nations. Mexico, Colombia, Peru and Chile together form the other big Latin American trade bloc, the Pacific Alliance. Canada has free trade with all four.

About 218 million people live in Pacific Alliance countries, with a combined GDP of about $2.2 trillion US.

Canada is connected to those Pacific nations through an extensive web of deals. Canada has had free trade with Chile through a bilateral deal for over 20 years. It recently updated that deal and is also about to join Chile in the CPTPP.

But Canada has no such connections to the eastern side of South America, including the continent’s two industrial powerhouses, Brazil and Argentina.

Canada’s trade in goods with the four Pacific Alliance nations is worth about $48 billion Cdn.

That suggests that there’s a lot of room for growth in the larger and more developed Mercosur market, where Canada’s two-way trade runs to only about $8 billion Cdn.

Canada has an ally in the bloc in Argentine President Mauricio Macri, a former auto executive who entered politics after a kidnapping ordeal in 1991 at the hands of rogue police officers who kept him locked in an underground bunker.

Canadian officials say Prime Minister Justin Trudeau has established a good rapport with Macri, whom Trudeau visited last year in Buenos Aires. The two countries also have discussed common priorities for 2018, when Canada holds the presidency of the Group of Seven nations and Argentina presides over the G20.

One point of contention between Canada and its Latin counterparts, however, might be how far-reaching the deal would be.

Mercosur nations have been more eager to lift barriers to trade in goods than in services. Canada wants to do both.

Canada also wants a progressive deal that includes real, enforceable labour and environmental standards, with the objective of levelling the playing field between the two sides.

Mercosur nations already have strong labour unions and some, such as Argentina, have strong labour laws. But Canada also would probably want to discuss health and safety, gender and environmental issues, as it has in other recent trade negotiations.

Sectors of the Canadian economy that could stand to gain the most from the deal include mining, auto parts, financial services and forestry, say Canadian officials.

Another area that interests Canada is infrastructure and government procurement, though the Canadian side recognizes those might be tough sells for their Mercosur counterparts.

The Trudeau government has insisted that it is not negotiating new trade deals as an alternative to NAFTA, but rather as part of an ongoing mission to expand Canada’s trading opportunities around the globe.

And indeed, Mercosur would fit into Canada’s longstanding goal of trade diversification.

It also could provide an outlet for Canadian sectors that feel threatened by U.S. demands in the ongoing NAFTA talks.

Auto parts makers, nervous about their continued access to the U.S. market, could find a welcome alternative in supplying the auto industries of Brazil and Argentina. Canadian auto parts are currently subject to a punishing 35 per cent tariff in Mercosur nations.

Together, Argentina and Brazil produced about 2.6 million vehicles last year (more than Canada), including brands such as Honda, Renault, Mercedes-Benz, Hyundai and Toyota.

But it’s unlikely the volume of auto parts trade with Mercosur would ever rival the access Canada enjoys through free trade with the U.S. — a country with a $20 trillion US economy that produces over 12 million vehicles annually.

If NAFTA talks fail and Mercosur talks succeed, Canada could find itself with free trade deals with almost every American nation except its original partner, the United States.