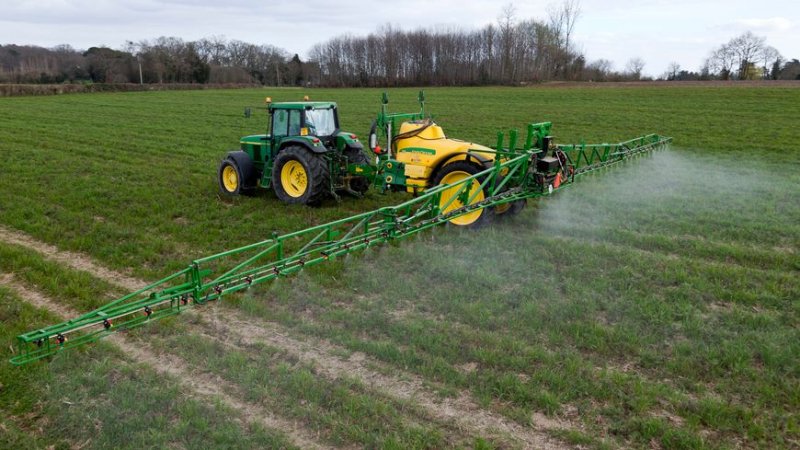 At the end of March 2018 a group of top EU-diplomats reports to the headquarters of the Canadian foreign service in Ottawa. They have a meeting scheduled with their Canadian counterparts on regulations regarding plant health, food safety, animal welfare and pesticide use in the EU-Canadian free trade agreement CETA (Comprehensive Economic and Trade Agreement).

Most parts of CETA have provisionally come into effect in September 2017. The working group meeting in Ottawa is called the Joint Management Committee on Sanitary and Phytosanitary Measures (JMC-SPS) and is part of a whole range of secret committees tasked with researching whether CETA is compatible with existing national laws, eliminating barriers to trade and differences in regulation. Members of the group are allowed to change the treaty text or issue binding recommendations to governments about changing legislation – forcing legislators in the European Union (EU) to adapt their laws accordingly.

The width of power these secret committees wield is problematic, political scientist Thomas Köller of the Fachhochschule in Dortmund thinks: “If these working groups would have had a more limited mandate that would not necessarily have been a problem. But the changes these committees are allowed to make to the CETA-text are in effect very far-reaching and at the same time binding, so they take up the role of legislator. A role that should be reserved for elected representatives in a parliamentary democracy.”

To be able to implement the new trade rules in the 1.598 CETA-pages smoothly, a total of twelve working committees have been called into life. The groups meet regularly to compare national laws in domains as diverse as agriculture, medicine, public procurement and financial services. Smaller committees are responsible for sub-domains like biotechnology or foresting.

On its website the European Commission has published summaries of the meetings. But the exact minutes are kept secret. “These working groups are an important part of CETA,” policy-researcher Stuart Trew of the Canadian Centre for Policy Alternatives (CCPA) explains. “What is worrying is that meetings take place behind closed doors and we don’t know what is being discussed exactly. Nothing would stop diplomats from working closely with same industries they are supposed to regulate.”

After the first JMC-SPS meeting in March 2018 the German NGO Umweltinstitut filed a Freedom of Information request to demand publication of the detailed minutes and a list of the attendees. The Commission rejected the request, stating that revealing such information would violate EU-privacy laws, while publication of minutes would also ‘severely undermine’ the internal decision-making process of the working groups. According to a rejection letter sent to the Umweltinstitute, the European Commission regards the JMC-SPS-talks as of ‘highly technical character’ that could be subject to ‘misinterpretation’ when revealed – leading to possible delay in the implementation of CETA. Glyphosate

Subjects about which the EU-diplomats are allowed to talk during the JMC-SPS-meetings are decided in another special interest committee: the Roosendaal Group. This group is comprised of expert representatives of EU member-states and meets twice a year in Brussels. Officially, the minutes and agenda of the Roosendaal Group are also classified as secret. But thanks to an Italian NGO-coalition the agenda of the Brussels’ meeting in March 2018 (right before the first JMC-SPS-meeting in Ottawa) has been leaked to the public. The member-states talked about the EU-stance on the usage of extermination gas in agriculture and export rules for pig seamen. The agenda also mentions that the Canadian government intends to use the meeting in Ottawa to directly confront the EU with its ever stricter laws on the controversial chemical pesticide glyphosate.

Glyphosate is widely used by farmers in agricultural powerhouse Canada. But in 2015 the World Health Organisation (WHO) concluded that the pesticide might be carcinogenic and has possible harmful effects on insect populations, soils and ground water. While the EU itself decides two years later to prolong the admission of glyphosate – several member states take action. The Netherlands bans the use of glyphosate outside of agriculture, Germany wants to protect its declining insect population and phases out glyphosate, while Austria became the first EU-country to ban all glyphosate-based chemicals. Exports

From the outset Canadian diplomats tried to use CETA to pressure the EU into full glyphosate-admission. ‘The legislative developments concerning pesticides in the EU (…) have the potential to seriously affect imports of [Canadian] agricultural products without a clear basis in scientific research’, the Canadian government writes in a report published after the first meeting of the CETA Agricultural Committee in Brussels.

The Canadian Chamber of Commerce (CCC) repeatedly called on Ottawa to use the ‘institutional infrastructure provided by the treaty’ to ‘book real results’ for agriculture through ‘groups that have mandates’ – explicitly citing the CETA-dialogue forum on Biotechnology, the CETA Agricultural Committee and also the JMC-SPS-group as examples of fora to pressure EU-diplomats. The Canadian wing of the agrochemical lobby-organization CropLife International writes in an undated letter to the Canadian government that ‘technical working groups’ should be used to take action against the ‘dysfunctional system’ of EU-regulations concerning pesticides and biotechnology.

Using CETA to exercise political pressure comes as no surprise to policy researcher Stuart Trew. He does warn that the technical working groups clearly exceed their mandates by lobbying for regulatory changes.

Trew stresses: “Of course Canada uses the JMC-SPS-committee to exert pressure and force Europe to weaken its rules on glyphosate. The whole precautionary principle that is the basis for EU-policy is a trade barrier in the eyes of Canadian policy makers. CETA could become a dangerous precedent this way. If the EU would ever strike a trade deal with the United States expect more of this.”