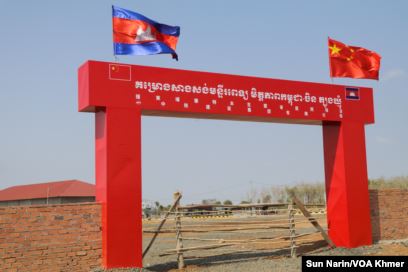 On Monday, Chinese Commerce Minister Zhong Shan and his Cambodian counterpart Pan Sorasak have announced the completion of China-Cambodia Free Trade Agreement talks. The FTA comes half a year after the two sides launched the negotiations.

The signing marks almost the fastest FTA talks ever, reflecting the sound economic and trade cooperation base between the countries as well as their strong willingness to promote bilateral trade and investment.

The next step is the two sides fulfilling their own domestic procedures, striving to sign the agreement within 2020, according to a joint statement released by the two countries on the same day.

According to a press release from the Chinese Ministry of Commerce, the reaching of the agreement is an implementation of the two countries’ leaders’ instructions and a specific measure for developing a comprehensive strategic partnership and promoting the joint establishment of a community forged by a shared future.

"The Chinese commerce ministry is willing to continue to work with its Cambodian counterpart on tasks including signing the agreement and enhancing bilateral economic and trade cooperation to reach a new stage in their contribution to an open world economy," said the press release.

Xu Liping, director of the Center for Southeast Asian Studies of the Chinese Academy of Social Sciences, told the Global Times on Monday that the FTA will inject new vigor into China-Cambodia economic ties to cushion against the fallout from the COVID-19 pandemic and bring bilateral relations to a new height.