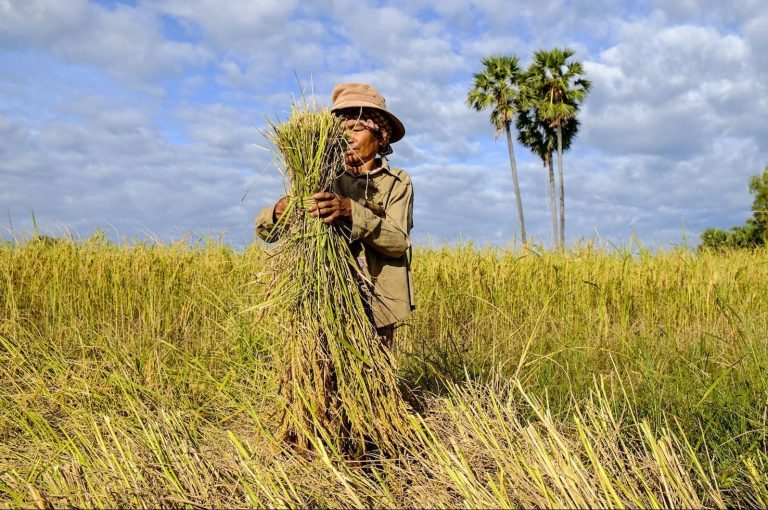 A soon-to-be-signed Cambodia-China free trade agreement (FTA) will not extend Phnom Penh the economic lifeline it initially sought from Beijing and now needs more than ever in the wake of Covid-19.

Cambodia’s first-ever bilateral trade pact will by initial estimates add less than 2% of gross domestic product (GDP) to the economy and prioritize agriculture over manufacturing exports at a time Cambodia’s crucial garment industry is teetering towards collapse.

Prime Minister Hun Sen’s government is nonetheless putting a positive spin on a deal brokered with the leader’s closest ally and benefactor, both as an avenue to lessen export dependence on the West and a way to revive the flailing agricultural sector.

On July 20, Cambodia’s Ministry of Commerce and the Chinese Embassy in Phnom Penh announced via social media that negotiations over the free trade deal had been completed.

The deal will likely be signed on August 12 when Hun Sen is scheduled to visit Beijing for the second time this year. The tariff-reducing pact will symbolically be inked the same day as the European Union (EU) punitively re-introduces tariffs on Cambodian exports.

In February, Brussels decided to re-impose duties on a fifth of Cambodia’s export products to the EU to punish the democratic backsliding and human rights violations of the ruling Cambodian People’s Party (CPP), which has been in power since 1979.

Cambodia has been a major beneficiary of the EU’s ‘Everything But Arms’ (EBA) tariff-reducing trade preference system for developing nations in recent years.

“Frankly, talk has been so effusive and devoid of content, and the whole symbolism of August 12…is just meant to symbolize the divorce of Cambodia from the EU and its marriage – on the same day- to China,” says Sophal Ear, associate professor of Diplomacy and World Affairs at Occidental College in Los Angeles.

Symbolism aside, the Cambodia-China trade deal’s economic significance is less clear. The Cambodian government has provided scant details on the deal’s financial and economic benefits, even as the country suffers its worst economic crisis in decades.

Cambodia’s economy is poised to shrink 5.5% in the worst-case scenario in 2020 due to the Covid-19 pandemic and global recession, according to the Asian Development Bank. In May, the World Bank estimated that poverty rates could climb 11 percentage points if Covid-19 related income losses last for six months.

It’s not immediately clear China has lent Cambodia much of a helping hand. Sok Sopheak, secretary of state at the Ministry of Commerce and the head of Cambodia’s negotiating team, said last month that at least 340 Cambodian export commodities will be exempt from tariffs under the agreement.

Tariffs will be cut for 98% of all Cambodian exports to China with the rest becoming tariff-free within ten years, while 90 percent of Chinese exports to Cambodia will be tax-exempt, he said.

But it’s not immediately clear the deal will improve Cambodia’s trade terms with China. In 2018, Cambodia exported just over US$1.3 billion worth of goods to China, while its imports from China were worth $6.1 billion, according to United Nations data.

By comparison, Cambodia’s exports to the US and EU were worth $3.8 billion and $6 billion respectively that year, with Cambodia enjoying a trade surplus with both.

“It was a relationship that brought foreign exchange to Cambodia,” said academic Sophal Ear about trade with the EU. But with China, he added, “it is Cambodia selling its land and other assets to China in order to pay for all that it imports from China.”

Precise estimates are scarce but one trotted out by Phnom Penh claims that the trade pact should boost exports to China by a quarter per year. If so, and if the coronavirus pandemic hadn’t afflicted global trade, the trade pact would have meant an additional $325 million to the Cambodian economy, or less than 2% of GDP.

While a relatively small amount, it will make up for Phnom Penh’s economic losses as the EU this month reimposes tariffs on a quarter of Cambodia’s exports. By one estimate, renewed EU tariffs will cost the Cambodian economy around $130 million each year, though the compound cost of lost investment could be much greater.

It is thus likely not a coincidence that Hun Sen wants to sign the Cambodia-China deal on August 12, the same day as the EU’s tariffs are re-introduced. But Cambodian government officials cannot decide whether to promote the coincidence as a formal separation with the EU and marriage to China.

The Cambodia-China free trade deal “is a message to the EU that Cambodia has another special economic gateway beside the EU,” noted the state-run Agence Kampuchea Press, paraphrasing Deputy Prime Minister Hor Namhong, last month.

But, Seang Thay, spokesman and secretary of state at the Ministry of Commerce, told media in late July that “the FTA with China is not because we are losing part of the EBA deal, but because we need to diversify our trade agreements so we need to make use of our potential for boosting economic growth.”

It’s not clear the China trade pact will have that desired effect, analysts say. For starters, Cambodia’s main exports to China, especially milled-rice, won’t have tariffs fully removed under the agreement for several years.

Second, the vast majority of Cambodia’s exports to China are already tariff-free because it is a party to the ASEAN-China Free Trade Area. As such, the free trade deal extends tariff-free trade to an additional 340 products, including pepper, dried chili, cashew nuts, garlic, honey and seafood products.

Third, the narrative advanced by the Cambodian government and its supporters is that the deal will allow the country to diversify its export-driven economy yet all the attention of the trade deal and it’s only clear benefits lie in expanding Cambodia’s agricultural exports.

Even Phnom Penh hasn’t feigned to pretend that China is suddenly about to begin purchasing garment and footwear products which represent the overwhelming majority of Cambodia’s exports, of which the vast majority are sold to the US and EU.

That’s because China also competes in the low-end manufacturing products. Rather than diversification, the Cambodia-China trade deal will arguably only reinforce Cambodia’s bifurcated export system: profitable manufacturing goods to the West and less-profitable agricultural products to Asia.

Boosting agricultural exports by a few hundred million dollars a year is hardly a progressive step forward for a country desperate to move its export base from low-cost and low-skilled to higher-end production. Cambodia isn’t about to narrow the gap with neighboring Vietnam or Thailand by selling more rice or bananas to China.

Cambodia’s agricultural sector has, after all, been dying a slow death for several years due to regular droughts and floods caused by climate change, poor investment in the sector and falling export prices.

The percentage of Cambodians employed in agriculture out of the total workforce fell from 75% in 1991 to around 30% in 2018, underscoring the seismic shift from the fields to factories, according to UN data.

Agriculture’s contribution to GDP compared to other sectors fell from 33.5% in 2009 to just over 20% in 2019, while the sector’s growth has been on a steady declining trend and actually contracted in 2019 for the first time since 2004, according to the World Bank.

The latest Global Food Security Index ranks Cambodia 90th out of 113, the worst-ranked Asian country after Laos. It is thus unlikely that agriculture will be restored any time soon as a driver of Cambodia’s economic growth or future prosperity, with or without the China trade pact.

As the World Bank wrote in a May update, agriculture is “unlikely to be able to substantially absorb laid-off workers from the tourism and export sectors.”

Tellingly, Hun Sen has repeatedly said the opposite during a recent public relations blitz to agricultural areas, where he has been pictured in recent weeks touring remote villages, riding on tractors and fishing in ponds.

Last week, he told factory and hotel workers who have lost their jobs because of the pandemic-induced economic crisis to take up farming. Whether he believes that’s a good economic choice or wants to defuse the potential for social unrest in the capital among unemployed workers is unclear.

The Asian Development Bank reckons more than 390,000 jobs will be lost due to the Covid-19 pandemic, a number the already declining agricultural sector won’t be able to accommodate. More likely, Hun Sen is saying the unemployed should go live on their family farms until the economy recovers, which most likely won’t be until 2022.

“We [can] turn this crisis into the opportunity for Cambodia to expand export markets for food.

not only rice but also exports of cassava, mangoes, bananas and other food products,” he said on one of his trips to the countryside last month, local media reported. If Hun Sen is serious about agriculture offsetting the crisis in manufacturing and tourism, it would require a substantial investment that Phnom Penh currently can’t afford. Indeed, the government has already announced next year’s state budget will be cut in half.

To be sure, the government has recently put up $50 million in new funds for the Rural Development and Agriculture Bank and Hun Sen has promised an extra $100 million in rural projects.

But that is unlikely to be enough, analysts say, while foreign investment in the sector is still minimal. Less than 1% of all FDI into Cambodia last year went to agriculture and food processing, according to a World Bank report from May.

That’s apparently not how Hun Sen sees it, though. In July, the leader said that he thinks Cambodia’s rice exports can rise to one million tons by 2021 or 2022 with the new China trade pact. But Beijing has constantly let Cambodia down by promising to buy more than it actually does.

When rice exports to the EU fell last year because Brussels imposed a protectionist tariff on certain Cambodian rice types – a separate EU decision from this month’s removal of other tariff benefits – Chinese President Xi Jinping said he would raise China’s rice imports from Cambodia to 400,000 tons, up from the 300,000 tons set in 2018.

It thus remains unclear whether Hun Sen genuinely believes that farming can drive Cambodia’s future growth and that the Cambodia-China free trade deal is a panacea for the economy’s current pandemic-worsened woes.

Another interpretation is that the Cambodia-China free trade deal is designed only to boost Cambodia’ agricultural exports, not manufacturing or services, and so Hun Sen is playing up farming so that ballyhooed China pact doesn’t look as hollow and empty as it actually is.