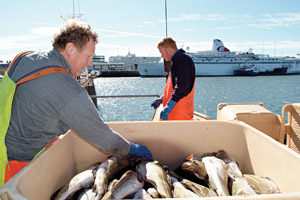 Beijing — A free trade agreement between China and Iceland, the first between Beijing and a European economy, will relax tariffs for Icelandic imports of all industrial products and most agricultural goods, Chinese state media said on Thursday.

According to the agreement, which comes into effect on July 1, China will implement tariff concessions for a variety of frozen fish and sea cucumber, as well as "other aquatic products and other agricultural and industrial products", the official Xinhua news agency said.

China and Iceland signed the agreement in April 2013, after having been in negotiations since 2006, Xinhua said. The agreement covers trade in goods, services and investment. (Reporting by Paul Carsten; Editing by Ron Popeski)