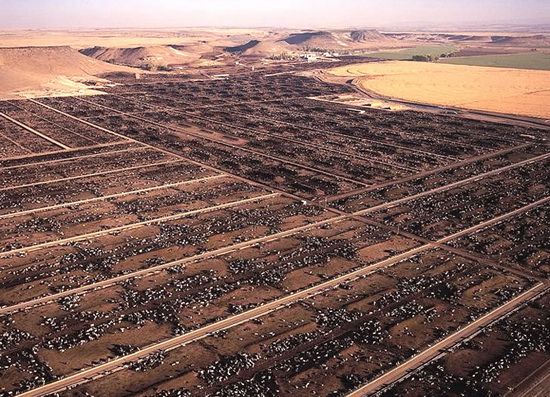 BEIJING (Reuters) - China has drawn up food safety standards on residue limits of growth hormones in beef, a move seen as a further step towards opening up its market to American imports of the meat.

China has previously had zero tolerance for any residues of growth hormones, which has restricted the amount of beef it can import from the United States where the drugs are widely used.

However, Beijing agreed in its Phase 1 trade deal with the United States signed in January to adopt residue limits for three hormones used in beef, in addition to other changes to make more U.S. beef eligible for export to China, the world’s top importer of the meat.

The proposed standards were published last week on the website of the Ministry of Agriculture and Rural Affairs’ department of agricultural products quality and safety supervision, with a public comment period that closed on March 6.

Proposed maximum residue limits (MRLs) for Zearanol and Trenbolone Acetate in beef muscle were 2 micrograms per kilogram while for Melengestrol Acetate it was 1 microgram. The standards did not cover beef offal.

The residue limits are in line with those used by Codex Alimentarius, a collection of internationally recognized food safety standards.

While it is not clear when they would come into effect, China had agreed to adopt MRLs for the hormones within one month of the trade deal coming into effect on Feb. 14.

Any new standards would also apply to other beef exporters.

China’s beef imports have seen strong growth for years, and last year jumped 59.7% year-on-year to 1.66 million tonnes. But U.S. beef, which only regained access to the Chinese market in 2017 after a 14-year hiatus, accounted for less than 1% of China’s imports in the first nine months of 2019.

Though acceptance of hormone residues will help to boost those numbers, analysts said it will still take time to grow U.S. sales to China.

“They still need to find the distribution model and the consumers willing to pay for a high quality beef with high prices,” said Justin Sherrard, global strategist of animal protein at Dutch bank Rabobank.

Demand for imported beef in China this year is expected to take a significant hit from measures implemented to curb the coronavirus epidemic, Sherrard said.

Most of the country’s catering and food service sector where imported beef is predominantly consumed has been shut for weeks.

“We don’t anticipate China’s imports to grow this year, and they may even come down,” he said.

China, however, is still suffering from a severe pork shortage after African swine fever shrank the country’s hog herd by around half, and that will continue to generate demand for all kinds of protein, Sherrard added.

China last month conditionally lifted a ban on beef and beef products from U.S. cows more than 30 months old, another condition agreed to under the Phase 1 trade deal.