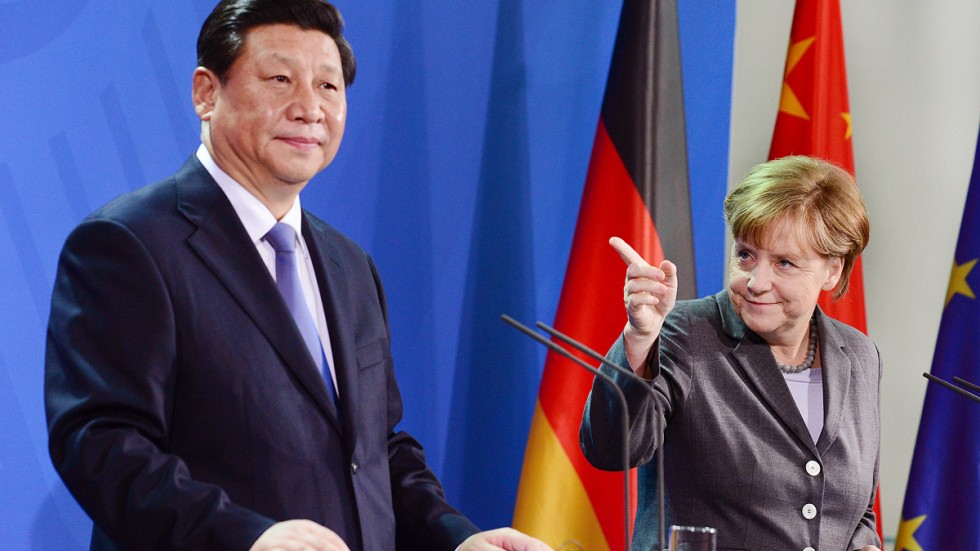 China’s Belt and Road a dilemma for Germany

Chinese Foreign Minister Wang Yi tried to ease Germany’s concerns over Beijing’s cooperation with 16 countries in Central and Eastern Europe, which many European Union leaders consider a threat to the bloc’s integration, during his visit to Berlin on Thursday. Linked to the Belt and Road Initiative (BRI), Chinese President Xi Jinping’s grandiose infrastructure and transport plan to improve Eurasian connectivity, the 16+1 platform sees the participation of 11 EU member states.

Wang met with his German counterpart, Heiko Maas, who in a recent speech to the Bundestag (the lower house of Germany’s parliament) had included China among the major actors threatening to divide the EU with their policies – the others being Russia and the United States under President Donald Trump.

Last week, in her first visit to China since she was re-elected last March, German Chancellor Angela Merkel took a relatively soft tone on the 16+1 initiative. Meeting the press with Chinese Premier Li Keqiang, she said the 16+1 cooperation was a “a positive supplement” for Europe’s development and was not dividing the EU grouping. Merkel had an entirely different register during a press conference in Berlin last February, saying China should not use its investments in the Western Balkans to gain political advantages.

In his China trip in January, French President Emmanuel Macron had been more outspoken than the Frau Kanzler. In a not-so-thinly-veiled reference to the ancient Chinese tributary system, he warned Beijing not to turn its New Silk Roads into instruments of hegemony, using investments and development loans to subjugate BRI partners.

Germany and other EU core nations view the Chinese connectivity project with suspicion. Not only do they believe China’s modern Silk Roads are basically aimed at exporting Chinese industrial overcapacity and revising global standards on trade and investments, they are also concerned that the Belt and Road scheme could make EU member countries in Central and Eastern Europe dependent on Chinese resources and, accordingly, aligned with Beijing’s policies.

Less developed nations in Europe aim to bolster their economic growth with the help of Chinese investments and loans. As they grow increasingly indebted to Chinese lenders, it is believed these countries could be pushed into sabotaging the EU’s attempt to set up a screening mechanism for foreign investments in security-sensitive industries, which is principally designed to protect the EU’s high-tech sector from China’s unfair investment practices.

In addition, EU countries within the 16+1 dialogue could join forces to undermine European rules on public tendering and transparency. It bears remembering that a contract awarded to Chinese companies to build a high-speed railway between Budapest and Belgrade is under scrutiny by EU authorities. What’s more, China’s partners in Europe could weaken the EU bloc’s foreign and security policy, particularly when it comes to take a position on Beijing’s human-rights abuses or its militarization of reefs and islets in the South China Sea, an activity that goes against an international ruling backed by EU institutions.

A BRI hub in Europe

In his talks with Merkel, the Chinese premier emphasized that Beijing had always supported European integration. But behind Germany’s pushing back against Chinese transport investments in Europe’s peripheral countries there could actually be Berlin’s own national interest, rather than the protection of the EU as a whole.

Duisburg, in western Germany, is the European hub for China’s new rail Silk Road. Duisburger Hafen, the public company that runs the local fluvial port signed a deal last year to create a connection with Italy’s northern port of Trieste, which is expected to become the western end of Beijing’s Maritime Silk Road.

Germany is keen to remain the only intermodal terminal in Europe of the BRI framework. The Duisburg-Trieste connection serves this purpose, as its development is alternative to another China-sponsored Silk Road route, the planned transport corridor that should link the Greek port of Piraeus, the Balkans and Central Europe, of which the Belgrade-Budapest rail line is a key segment.

All that said, given the size of Germany’s trade with China, it was unsurprising that Merkel handled with care the issue of BRI-related investments in Europe during her meetings with Xi and Li. The Chinese giant was Germany’s largest trading partner in 2017. Their combined trade stood at US$218.5 billion last year, with Beijing running a surplus of $17.5 billion.

Just like in the case of Germany’s ties with Russia, which are currently marred by mistrust and tensions, Merkel appears intent on finding “islands of cooperation” with China. Berlin and its major EU allies are ready to cooperate with Beijing on Eurasian connectivity, but only on an equal basis, and in accordance with internationally recognized standards for financing, labor conditions, environmental protection and procurement procedures.

Germany and China will likely work together to safeguard free trade and multilateralism against Trump’s protectionist agenda. Most important, the pair will continue to defend the Iran nuclear deal, which the US president recently rejected.

The protection of the agreement limiting Iran’s nuke activities is conducive to the development of the BRI in the Middle East, as well as the EU’s alternative plan for Europe-Asia connectivity, which is in the offing. So there is evidently room for win-win cooperation between Germany and China on Eurasian integration, provided the Chinese government does not overplay its hand in Europe.