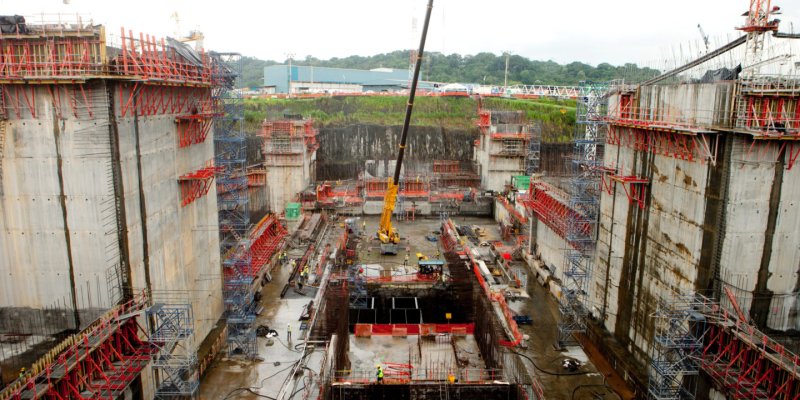 In 2013, President Xi Jinping, recreating the Silk Road—a network of trade routes that connected the East and the West for over 1,500 years—announced a multibillion USD investment plan aimed to achieve market integration and economic development in Asia, Europe and Africa. This plan formerly known as the “One Belt One Road” and latterly "Belt and Road Initiative" ("BRI") reflects the land (“Belt”) and sea (“Road”) networks at its heart. "Belt" is short form for "Silk Economic Belt", a plan that envisages the development of a transcontinental network of roads and railways linking China with South East Asia, Central Asia and Europe. In turn, "Road" is short form for "21st Century Maritime Silk Road", a plan for the development of a sea route connecting China’s coastal regions with South Asia, the South Pacific, the Middle East, Eastern Africa and Europe.

The BRI and Latin America

The BRI did not originally include Latin America. This, however, changed in January 2018 when China’s Foreign Minister announced China’s plans to expand the BRI to Latin America at a meeting with the Community of Latin American and Caribbean States ("CELAC").[1]

The extension of the BRI to Latin America is not surprising as it represents the renewal of the significant trade route known as the "Manila Galleons" between China, Manila (Philippines) and Acapulco (Mexico), which operated from the 16th century to the beginning of the 19th century.

Focus on Chile and Panama

Although Chile and Panama were not among the top recipients of Chinese investment during that period—Chile received US$ 9.44 billion and Panama US$ 3.16 billion[6]—the Chinese Government appears to view Chile and Panama as the BRI’s natural gateways into Latin America.[7] Geography plays an important role in this decision. Both countries offer China easy access to the region and both connect the Pacific and the Atlantic, facilitating the transport of Chinese goods. This is particularly the case of Panama: China is the second-biggest user of the Panama Canal after the US.[8]

Benefiting from the fact that China and Chile sit across the Pacific Ocean, as part of the BRI, China plans to invest an estimated US$ 650 million to build a subsea fibre optic cable connecting it with Chile through the ocean. The cable, whose length will be between 20,000 and 24,000 kilometres, will transmit the largest flow of information and data between Asia and Latin America.[9]

Geography, however, is not all. Part of the attraction of Chile, in particular, arises from the significant treaty protections that Chinese investments have enjoyed since 1994, when the countries concluded a bilateral investment treaty (the "BIT"). The BIT, one of the first such treaties concluded by China with a Latin American country,[10] was replaced in September 2012 with a "supplementary agreement on investments" (the "SAI"),[11] concluded within the framework of the Chile-China free trade agreement of 2005.[12]

Under the SAI, Chile and China are committed to treating covered investments fairly and equitably; a guarantee that, in general, obliges host States to act in good faith and prohibits them from discriminating, acting arbitrarily or disproportionately. The SAI also obliges Chile and China to protect covered investments from physical harm and to ensure that foreign investors receive treatment no less favourable than national investors or investments of any third country receive in like circumstances. The SAI also prohibits illegal direct expropriation (ie takings) and indirect expropriation (ie measures "equivalent" to expropriation).

Against the backdrop of the SAI, in particular, it is no coincidence that the aggregate Chinese investment in Chile has increased from US$ 550 million in 2005 to US$ 9.44 billion in 2018.[13]

By contrast, there are no bilateral investment treaties or free trade agreements in place between China and Panama. China and Panama, however, are rapidly bridging this gap. In June 2017, Panama broke diplomatic relations with Taiwan, and started to deepen its relationship with China. China and Panama have since signed 19 co-operation agreements on trade, infrastructure, banking, tourism, education and extradition. In November 2017 China and Panama concluded a memorandum of understanding under which Panama officially pledged its support for BRI.

At present, both countries are negotiating a free trade agreement.[14] Four rounds of negotiations took place between July 2018 and November 2018.[15] According to the Panamanian Government, there are still key issues being discussed and further meetings will be required to finalise the agreement.[16] On the basis of other similar agreements concluded by China, we can reasonably expect the free trade agreement with Panama to include a supplementary chapter on investment treaty protection.

The treaty activity between the countries is matched by the growing Chinese investment in Panama. Indeed, private Chinese companies have won a number of bids for some key strategic projects in Panama. In July 2018, a Chinese consortium won a US$ 1.42 billion contract to build the fourth bridge over the Panama Canal.[17] The bridge is expected to be four miles long and comprise a two-way railway line and six car lanes. In October 2017, the consortium Cruceros del Pacifico, formed by Chinese company CHEC and a local subsidiary of the Dutch company Jan De Nul, was awarded a contract for the construction of a new cruise port at the Amador terminal on the Perico Island—a small island by the Pacific entrance to the Panama Canal.[18] The new facilities will have two berths to enable the simultaneous mooring of two ships carrying up to 5,000 passengers each. China Landbridge, a Chinese private company, is set to develop a new container port in Colon, situated near the Atlantic entrance to the Panama Canal.[19] The project includes the construction of docks and a container yard with a capacity of up to 2.5 million twenty-foot equivalent container units ("TEUs").

Media reports suggest that the Chinese Government is considering investing a further US$ 5.5 billion in a high-speed passenger and cargo railway that will connect Panama’s two business hubs, Panama City with the Chiriqui Province, situated on Panama’s western coast.[20] The railway, of approximately 450 kilometres, will connect Panama City and Chiriqui in just 2.5 hours.

China is in Latin America to stay

There is no doubt that China is in Latin America to stay. Chile and Panama offer China two important physical entry points into the region. Chile, in addition, features an attractive legal framework for the protection of Chinese investments in the country. Panama is following suit. A ripple effect in the region is foreseeable. It would not be surprising to see in a few years’ time China rivalling the USA to the title of the largest foreign direct investor in the region,[21] most likely supported by a comprehensive network of treaties protecting Chinese investments.

[2] Working Document on Chinese Foreign Direct Investment in Latin America and the Caribbean of the China-Latin America Cross-Council Taskforce, 2013, available at: https://repositorio.cepal.org/bitstream/handle/11362/35927/1/S2013956_en.pdf.

[12] Free Trade Agreement between the Government of the Republic of Chile and the Government of the People’s Republic of China entered into force on 1 October 2006, http://www.sice.oas.org/trade/chl_chn/chl_chn_e/chilechinind_e.asp. China has currently three free trade agreements in place with Latin American jurisdictions: Chile, Peru, and Costa Rica.

[21] According to the Unit on Investment and Corporate Strategies of the Division of Production, Productivity and Management of the Economic Commission for Latin America and the Caribbean ("ECLAC") "[o]n the basis of investment flows, there were no major changes in the countries of origin of FDI [foreign direct investment] in 2017. The United States was once again the largest investor—accounting for 28% of identifiable funds [...]", ECLAC’s Foreign Direct Investment in Latin America and the Caribbean 2018, p 39.