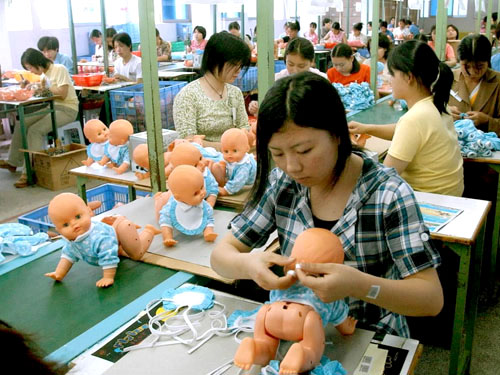 India and three others in the BRICS bloc — Brazil, Russia and South Africa — have cold-shouldered China’s attempt to bring to the negotiating table a proposal for a Free Trade Agreement (FTA) between the five major emerging economies.

While Beijing’s proposal for a ’BRICS FTA’ is aimed at boosting trade ties in the grouping through binding commitments on eliminating tariffs, BRICS members barring China are not keen on such a pact.

Their apprehensions about the plan include the fear that it could lead to a surge in imports of Chinese goods into their territory — in turn, hurting local manufacturing.

The development comes amid hectic preparations for the BRICS Trade Ministers Meeting on October 13 and the first BRICS Trade Fair from October 12 to 14 (both in Delhi) as well as the Eighth BRICS Summit (to be held in Goa) on October 15-16. India is hosting these events as it currently holds the BRICS Chairmanship.

Official sources said though China had recently “informally sounded out other BRICS members regarding the need to take up the FTA proposal during the Trade Ministers Meeting, there were no takers for it.” There was also no interest to start negotiations on a separate ‘BRICS Investment (protection & promotion) Treaty’, they said.

Discussions between the trade ministers will now be one with “low ambition” as none of the countries has shown willingness to take up anything “major” this time, the sources said. Therefore, there will only be a framework cooperation agreement on matters related to small and medium enterprises, services sector and Intellectual Property Rights (IPR). BRICS members will also consider evolving mechanisms for single window clearance as well as to speedily resolve non-tariff barriers that are hurting trade.

While Russia and South Africa did not respond to the BRICS FTA proposal, Brazil pointed out that it participates in FTA negotiations as part of the ‘Mercosur’ – a trading bloc and customs union of Latin American nations, the sources said.

Declining to take up the FTA proposal, Brazil also cited the recent political turmoil surrounding the regime change in that country, they said. India said it is already participating in negotiations on the Regional Comprehensive Economic Partnership (or RCEP, a proposed mega-regional FTA between the 16 Asia-Pacific nations including India and China).

As per Chinese government statistics, in 2014, China enjoyed a goods trade surplus with India (to the tune of $37.9 billion) and with Russia (worth $12 billion), with Chinese exports outstripping imports into China from these countries.

However, the data showed that in 2014, China ran a goods trade deficit with South Africa (worth $28.9 billion) and with Brazil ($16.7 billion) with China importing more from these two countries than it exported to them.

The forthcoming BRICS Trade Ministers Meeting would look at a cooperation agreement for an exchange of services trade data, in addition to discussions on the proposed ‘BRICS Visa’ (or long-term multiple-entry visa for business persons to attend meetings and conferences, as well as for tourism and medical treatment purposes).

On IPR, there could be talks on exchange of regulations and an agreement to co-ordinate negotiating positions for IPR-related negotiations at the multilateral level. There will also be efforts to rope in the BRICS New Development Bank to finance projects mainly in the infrastructure sector in BRICS countries.