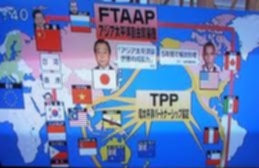 CHINA’S push for the proposed Free Trade Area of the Asia-Pacific (FTAAP) at the upcoming Apec summit has cleared the first hurdle, with senior officials of the 21-member grouping agreeing to launch a feasibility study. The study, which reportedly met with US resistance, will be launched if it is approved at a two-day meeting by trade and foreign ministers of the Asia Pacific Economic Cooperation (Apec), which starts today, and the Apec Economic Leaders’ Summit on Tuesday.

Apec secretariat executive director Alan Bollard told a media briefing yesterday that the new study differs from the one conducted in 2006 outside the grouping. The study, which will last two years, will be more detailed and look at how the FTAAP fits in with proposed trade initiatives, particularly the US-led Trans-Pacific Partnership (TPP), a grouping which comprises 12 members so far, and which excludes Beijing, and the China-led Regional Comprehensive Economic Partnership (RCEP), a group with 16 members so far, and excludes Washington.

"We want to know how likely the two are to converge towards something in the direction of an FTAAP or would they send economies off in different directions," said Dr Bollard in response to a question from The Straits Times.

"Apec would like to see a convergence and this study will help give us directions about whether that’s happening or not."