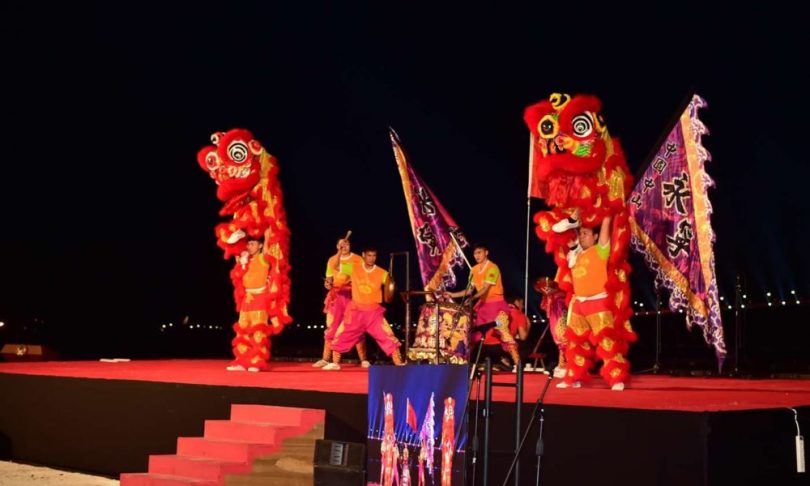 Zhang Lizhong, China’s envoy in Maldives, took to Twitter over the weekend to respond to comments made recently by the country’s former president and incumbent speaker of the house (People’s Majlis), Mohamed Nasheed, on Beijing‘s influence in the country.

Nasheed, speaking to Indian publication Wion News last week, drew attention to Maldives’ debt to China and a December 2017 free trade agreement between the two countries that was quickly pushed through parliament by the former China-friendly government of President Abdulla Yameen.

“The FTA is dead,” Nasheed said. “It is not proceeding and it has to come to the parliament first for it to be implemented,” he added, noting that Maldives lawmakers did not have an “appetite for it.”

Zhang called on Maldives, which elected a new government late last year, led by President Ibrahim “Ibu” Mohamed Solih, to “honor the agreements” that had been previously agreed. “It is good to uphold the credibility of a sovereign country,” Zhang said on Twitter.

“On China-Maldives FTA, I trust Maldivian Government will make wise choice on an agreement already signed by the two governments after years of negotiations and consultations on equal footing,” Zhang added.

The Chinese envoy’s pushback on Nasheed’s comments on Twitter comes as several Chinese officials, including the Ministry of Foreign Affairs’ spokesperson, have taken to using the social media network, which is banned in China, to conduct Chinese public diplomacy.

“We hope Maldivian politicians have an objective and responsible attitude on bilateral ties, cherish what we have achieved so as to keep this important relationship on healthy and correct track,” Zhang added.

Nasheed, in his interview with Wion News, added that he had concerns about Male’s outstanding debts to China. Nasheed said that, in the view of the government, “the debt is not real and the amount of assets created through quoted prices is not equal and therefore it will be very difficult for us to pay back via the assets created because it doesn’t match to the debt.”

In response, Zhang, on Twitter, pushed back on any suggestions of China setting up a so-called “debt trap” for Maldives, calling it a “fiction.”

Criticizing “sensational but baseless remarks on China by some Maldivian politician (sic),” Zhang said that it was “absurd” to suggest that China was grabbing Maldivian land. “China is a contributor, not a trap maker. China is a development partner and biggest tourist source market for Maldives,” the envoy said.

On December 8, 2017, Yameen, during a visit to Beijing, concluded a free-trade agreement with China. The agreement was accompanied by Maldives joining China’s Maritime Silk Road, the maritime component of Beijing‘s signature Belt and Road Initiative.

Under the Maldives’ new government, the country has been gradually recalibrating its relationship with India.