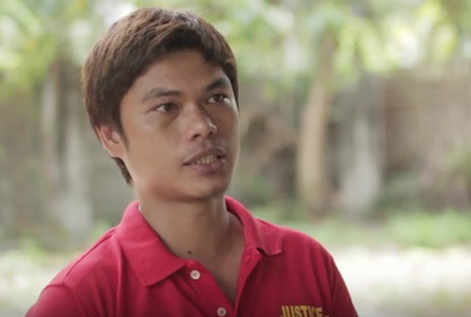 "If the FTA between the EU and the Philippines pushes through without any consideration of the situation of workers, then this will be a problem."

Focus and SENTRO produced a short video on the plight of Citra Mina workers in General Santos City. The video was shot by Rodel Bañares of SENTRO to highlight a case of serious labor and human rights abuses in the commercial fisheries sector, a sector that hopes to gain under a future EU-Philippines FTA.

From May 23-27 2016, the EU and the Philippine governments begin formal negotiations for a comprehensive free trade agreement. The Philippine government is hoping the agreement could facilitate more tuna exports to the EU. The commercial tuna fishing industry is riddled with issues of low wages, unfair labor practices, poor and slave-like working conditions. Such is the case in Citra Mina.

Citra Mina workers have been on strike since 2013 over the arbitrary termination of 238 for organizing a union. The striking workers and union supporters have been facing various threats including purported “disappearances” onboard fishing vessels of workers who complain of company abuses. A number of issues have been raised against the company including unsafe and slave-like working conditions, blacklisting to keep workers in line, forced labor, rampant use of labor and fishing subcontracting called “cabo” system, alleged human trafficking and illegal fishing.

In 2014, 43 Filipino fishermen were imprisoned in Indonesia for 6 months due to illegal fishing, sent there and neglected by the fishing company Citra Mina. Citra Mina is the second largest tuna exporter in the Philippines, exporting to Europe, Japan, and other parts of the world. The case of abandonment has since drawn attention to the long drawn struggle of fish workers in Citra Mina over persistent violation of labor rights, including poor and dangerous working conditions, precarious employment, unjust wages.