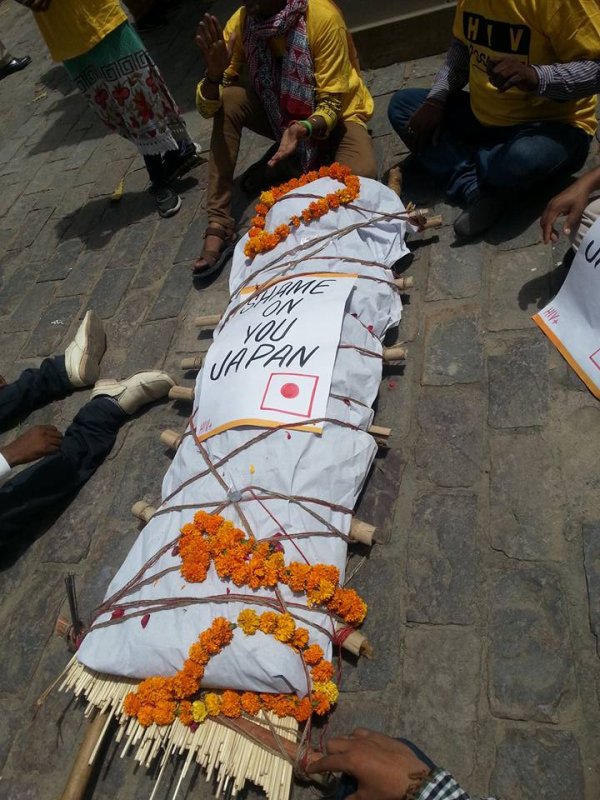 As civil society organisations concerned with access to medicines, to educational resources, to environmentally sound technologies (ESTs), and to other public goods and cultural creations and further concerned with farmers’ rights, food security and industrial development, we call on countries negotiating the RCEP agreement and to protect the flexibilities available under the WTO TRIPS agreement for Least Developed Countries (LDCs).

In terms of impact, RCEP will cover nearly 50% of the world’s population - including the most vulnerable, marginalised and impoverished - such as people living in Least Developed Countries (LDCs).

LDCs are given an extended transition period vis-a-vis intellectual property (IP) under the WTO’s Agreement on Trade-Related Aspects of Intellectual Property Rights (TRIPS) during which period LDCs are under no obligation to implement the provisions of the TRIPS Agreement. This is in recognition of their special requirements, their economic, financial and administrative constraints, and the need for flexibility so that they can create a viable technological base and protect their capacity to make or procure low cost generic medicines.

We would like to draw your attention to the current negotiating text of the draft IP chapter, which proposes the premature adoption of intellectual property obligations by LDCs. (Please see Annex 1 below for detailed analysis).

We request IP negotiators designated by your government in RCEP to recognise specific concerns and needs of LDCs when it comes to IP and their need to retain policy space in defining their domestic IP system.

Any attempt to weaken in any way LDCs’ right to transition periods or the utilization of the flexibilities vis-a-vis intellectual property will be disastrous for LDCs Members and their citizens. It would also damage the credibility of ASEAN and it trading partners, revealing their total disregard for the socio-economic constraints and needs of the poorest and most vulnerable segment of the international community.

Asian Network of People who Use Drugs (ANPUD)

Association of people living with HIV in Pakistan, Pakistan

In terms of impact, RCEP will cover nearly 50% of the world’s population - including the most vulnerable, marginalised and impoverished - such as people living in Least Developed Countries (LDCs).

The negotiating text of the IP chapter was leaked online on 19 April 2016 and is now available http://keionline.org/node/2472. The leaked text reveals that the draft IP chapter proposes the premature adoption of intellectual property obligations by LDCs.

Article 5.7[1]of the draft RCEP IP chapter undermines the transition period LDCs are entitled to under the TRIPS Agreement, as the exemption is limited only to patentable subject matter and electronic registration regime and does not apply to all intellectual property. Article 12.1 contains some elements supporting the LDCs’ transition periods, though a footnote suggests that LDCs may still be required to implement some provisions in the draft RCEP IP Chapter.

Article 66.1 of the TRIPS Agreement guarantees[2]LDC Members of the WTO a renewable exemption from TRIPS obligations (except for Articles 3, 4 and 5 of the TRIPS Agreement) in view of their special needs and requirements (for e.g public health), economic, financial and administrative constraints and their need for flexibility to create a viable technological base. The TRIPS Agreement in its preamble also recognizes the need for LDCs to enjoy “maximum flexibility in the domestic implementation of laws and regulations in order to enable them to create a sound and viable technological base”.

In view of the above, we stress that countries negotiating RCEP should recognize and uphold the current transition periods and waivers granted to LDCs as well as any further extensions of the same by the WTO, and to adapt below proposed amendments to RCEP text:

Article 12.1 of the draft text should be amended accordingly and provisions that undermine LDCs’ flexibilities or that obligate or locks-in LDCs’ implementation of intellectual property should be deleted.

In accordance with Article 66.1 of the TRIPS Agreement, LDCs enjoy a number of exemptions and waivers to the implementation of TRIPS Agreement which are listed below for reference:

1. Pursuant to extension of transition period granted to LDCs in accordance with Article 66.1 of the TRIPS Agreement, LDCs are exempted from applying all TRIPS standards until 1 July 2021.[3]This period must be extended by the TRIPS Council on LDCs submitting a duly motivated request.[4]Thus far this transition period has been extended twice.

2. Further, LDCs have been granted a specific pharmaceutical transition period wherein LDCs do not have to apply or enforce TRIPS provisions concerning patents[5] as well as test data protection[6] in relation to pharmaceutical products until 1 January 2033.[7] This period must also be extended pursuant to a duly motivated requested.

3. In addition, the WTO General Council has granted LDCs waivers until 1 January 2033 from obligations to make available a mechanism for filing patent applications for pharmaceutical products (mailbox) or to grant exclusive marketing rights to such applications.[8]

In view of the above, we stress that countries and their negotiators should recognize and uphold the current transition periods and waivers vis-a-vis intellectual property granted to LDCs as well as any further extensions of the same by the WTO. In fact, the text should encourage LDCs to fully utilize these transition periods. In addition, countries negotiating RCEP should not impose TRIPS-plus obligations on LDCs.

[1] [ASN/IN/NZ/CN propose: The Parties agree that the least-developed country Parties will not be obliged, with respect to pharmaceutical products, to implement or apply Paragraphs 1(a) of Article 4 (Patentable Subject Matter) and Paragraph 4 of Article 4 (Electronic Registration Regime) or to enforce rights provided for under these Paragraphs until 1 July 2021, without prejudice to the right of least-developed country Parties to seek other extensions of the transition periods as provided for in Article 66.1 of the TRIPS Agreement.]

[2] Pursuant to Article 66.1, such duly motivated requests “shall” be accorded.

[3] TRIPS Council Decision (IP/C/64) dated 11th June 2013. This exemption has been extended twice so far upon LDCs submission of requests.

[5] Section 5 of the TRIPS Agreement

[6] Section 7 of the TRIPS Agreement