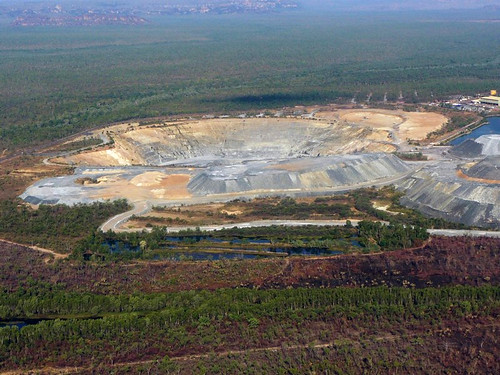 Australian taxpayers could be on the hook for compensation following a dispute between the Western Australian government and Clive Palmer’s Mineralogy, federal budget papers reveal.

The mid-year economic and fiscal outlook (Myefo), released on Thursday, discloses that the federal budget is at risk from a “prospective investor-state claim against Australia” pertaining to WA’s extraordinary law to prevent Palmer seeking billions of dollars in compensation.

The potential investor-state claim would be Palmer’s second option to override the law which his mining company, Mineralogy, is also challenging in the high court.

Mineralogy is in dispute with WA over the stalled Balmoral South iron ore project rejected by the then-premier Colin Barnett in 2012. ’Calling Clive out’ : how Queensland Labor countered Palmer’s death tax lies and won Read more

When Palmer sought arbitration of the dispute in the Queensland supreme court the WA parliament rushed through legislation to extinguish his claim warning it could cost the state up to $30bn.

Palmer has raised the prospect of a claim against the commonwealth based on the investor-state dispute settlement (ISDS) clause in Australia’s free trade agreement with Singapore because Mineralogy is owned by Mineralogy International, registered in Singapore.

In a full-page newspaper advertisement railing against the law, Palmer warned : “The WA parliament does not have the power to change our company’s rights which are protected by our parent company investment in Mineralogy under the relevant free trade agreement.”

The Myefo papers confirm the commonwealth has “received requests for consultation in relation to a dispute pertaining to the Iron Ore Processing (Mineralogy Pty Ltd) Agreement Amendment Act 2020 (WA)”.

While it does not set out the terms of the legal letter to the commonwealth, the Myefo papers note consultations “are a pre-condition to the formal commencement of investor-state dispute settlement proceedings”.

“If proceedings are commenced and Australia is unsuccessful, Australia would be liable for any compensation found to be payable to the claimant. Any such potential liability cannot be quantified at this stage.”

The WA law purports to require Palmer and his companies to indemnify both the state and commonwealth against any relevant loss.

A Western Australian government spokesman said it was aware of the request for consultation, but referred questions to the commonwealth.

A spokesperson for the federal attorney general’s department said no investor-state claim has been brought “at this time”, but confirmed on 14 October the government received correspondence from Zeph Investments Pte Ltd – formerly Mineralogy International Pte Ltd – requesting consultations.

“Given that this matter may become the subject of legal proceedings it would not be appropriate to provide further comment at this time.”

Palmer has challenged the Western Australian government’s claim the dispute could cost $30bn, reportedly suggesting even the state’s own experts had put a figure of $23bn earlier in arbitration proceedings.

Arbitration experts including Russell Thirgood, a member of Int-Arb Arbitrators Chambers, have described the WA legislation as “extraordinary”.

In August, Thirgood told the Australian Financial Review if Palmer failed in the high court he could seek to make an investor-state claim against the commonwealth. Clive Palmer’s challenge against Western Australia’s border ban rejected by high court Read more

“There is a Singapore-Australia free trade agreement which is as good as it gets for protecting an investment,’’ Thirgood said. “It would include everything one would expect, including protection against expropriation of investment.”

ISDS clauses are controversial and have been central to lobbying against high-profile trade deals such as the Trans-Pacific Partnership.

Disputes have been raised against Australia unsuccessfully by Florida-based APR Energy over the treatment of its gas turbines and Philip Morrison over cigarette plain-packaging laws.

Palmer has been locked in a number of legal battles with the WA government and the premier, Mark McGowan, including claims of defamation running in both directions.