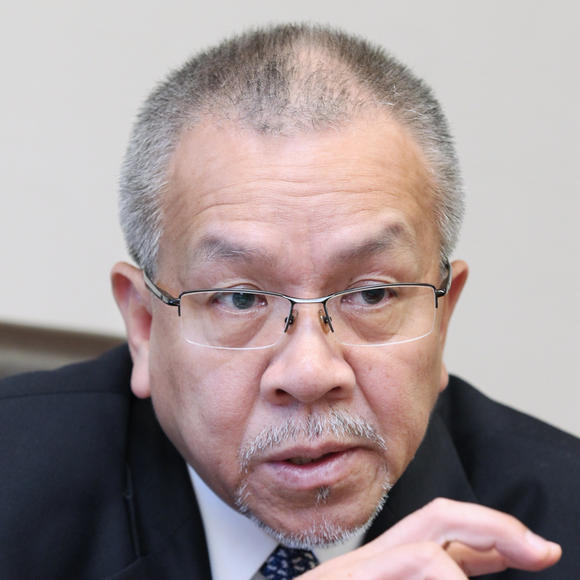 “I want to state clearly and irrevocably that we want to join TPP,” Philippine trade secretary Gregory Domingo said.

The Philippines is committed to joining the Trans-Pacific Partnership (TPP), the country’s trade chief confirmed Wednesday morning in the clearest declaration made to date on the issue.

“I want to state clearly and irrevocably that we want to join TPP,” Philippine trade secretary Gregory Domingo told a conference at the Center for Strategic and International Studies, a Washington, D.C.-based think tank.

Domingo’s statements come after what some perceived as ambiguity in recent months about the Philippine position regarding the U.S.-led agreement, whose members currently represent more than half of global output and over 40 percent of world trade. Reports in late March had suggested that Manila would not take part in TPP negotiations under the current government due to legal and constitutional complications which imposed significant time constraints. Some had interpreted this to mean a general unwillingness of the Philippines to commit to the pact at all.

But with the confirmation in his remarks Tuesday – the clearest yet by a Philippine official – Domingo sought to assuage any doubts in Washington that he said may have been caused by a “mistranslation” of comments by Philippine officials. Domingo also reiterated that Philippine officials – including President Benigno Aquino III himself – had on several previous occasions over the past few years expressed interest in joining the TPP.

Domingo acknowledged that Manila’s willingness to join the TPP did not make confronting existing challenges to doing so any easier. As is the case for several current and potential TPP negotiating parties, there are concerns on a number of sensitive issues for the Philippines, including state-owned enterprises. Philippine officials including Domingo had previously requested “flexibility” on these matters.

Joining the TPP may also require the Philippines to amend its constitution, which currently has restrictions on foreign ownership in certain sectors. Yet Domingo acknowledged that there were not enough votes right now in the Philippine legislature to do so, even if there was a possibility that it might get to try later this year ahead of presidential elections in 2016 and the end of Aquino’s five-year term in office.

“When it comes to constitutional amendments, it is very difficult to make a prediction,” he admitted.

Nonetheless, Domingo said that it was critical for the Philippines to negotiate some kind of bilateral economic agreement with its ally the United States, which has traditionally been among Manila’s top trading partners and its largest investor. The TPP would provide an avenue for this to occur, he said.

“It behooves the Philippines to have an agreement with the United States one way or another,” he said.

Though the Philippines’ only bilateral agreement of this kind is currently with Japan, Domingo said Manila is currently pursuing a free trade agreement with the countries of the European Free Trade Association (EFTA) — Iceland, Liechtenstein, Norway, and Switzerland. He added that the Philippines had also been approached by six other countries for bilateral agreements as well.

Meanwhile, as The Diplomat previously reported, the TPP has inched forward on Capitol Hill in recent days after a period of stalling, even though there is still a long way to go. The Senate got the necessary votes to move to a standalone vote on Trade Promotion Authority (TPA) earlier this week, days after the House had passed a similar vote on its side. TPA or “fast-track” is viewed as critical to passing TPP since it ensures Congress can only have an up-or-down vote on the pact, rather than opening up and amending specific provisions, which could delay or kill the deal.

Once the TPP is finalized among the existing 12 members, U.S. officials have stressed that the agreement remains “open” to other countries once they meet the standards, including China.