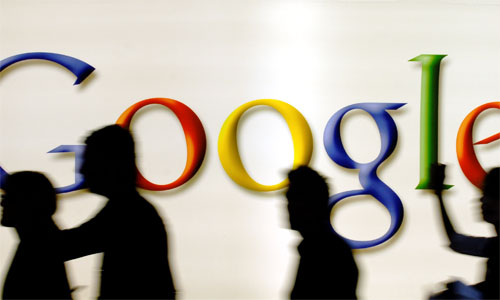 US plans to ease the movement of electronic data across borders have alarmed Internet activists, who see that push as a “backdoor way” for US companies such as Google and Facebook to get around EU privacy rules that have restricted their businesses in Europe

WASHINGTON (Reuters) – U.S. consumer groups raised concerns on Wednesday about a proposed free trade agreement between the United States and the European Union, which they said could weaken government health, environmental and food safety regulations and undermine privacy on the Internet.

With negotiations on what would be the world’s largest free trade pact set to begin in July, a U.S. government panel led by the Trade Representative’s office began two days of hearings to help finalize its goals for the proposed Transatlantic Trade and Investment Partnership, or TTIP.

It was slated to hear from 62 witnesses on issues including food safety, financial services, global supply chains and cross-border electronic data flows before finishing on Thursday.

Since tariffs between the United States and the EU are relatively low, the most difficult part of the upcoming talks will be reducing regulatory and other “behind-the-border” barriers that impede trade in sectors ranging from agriculture to chemicals to autos to finance.

That worries consumer groups such as Public Citizen, which says the United States and the EU have different regulations because the concerns of their citizens are not the same. For example, EU consumers have voiced stronger objections to genetically modified food than their U.S. counterparts.

“Trying to eliminate a big swath of regulatory differences via a trade deal would have a democratic cost because you’re taking away a power from the electorate,” said Ben Beachy, research director at Public Citizen’s Global Trade Watch.

Henry Jasny, vice president of Advocates for Highway and Auto Safety, a coalition of consumer groups and insurance companies, said he feared the talks on reducing regulatory barriers in the auto sector could lead to a weakening of vehicle safety standards across the Atlantic.

Meanwhile, U.S. plans to ease the movement of electronic data across borders have alarmed Internet activists, who see that push as a “backdoor way” for U.S. companies such as Google Inc. and Facebook Inc. to get around EU privacy rules that have restricted their businesses in Europe.

“We’ve made it very clear that we’re not to give up privacy for the sake of a few digital dollars,” said Jeff Chester, executive director of the Centre for Digital Democracy.

The Transatlantic Consumer Dialogue, which includes consumer groups on both sides of Atlantic, also has urged the two sides to tread carefully in talks on financial services, an area that EU member Britain is especially keen to pursue to bolster the position of London as a major world financial Centre.

“It is essential that consumer protection measures, many of which are still under development in response to the collapse and rescue of major portions of the banking system, should not be pre-empted by this agreement,” the group said in a brief filed ahead of the hearing.

That argument appears to be carrying the day, despite a push from U.S. financial services companies to be in the talks.

“We are concerned that U.S. authorities appear reluctant to embrace the regulatory cooperation elements of the TTIP for financial services, despite the fact that they will likely be extended to virtually every other sector of the economy,” Ken Bentsen, president of the Securities Industry and Financial Markets Association, told the panel.

Meanwhile, other groups hoped to use the hearing to push their special concerns onto the U.S.-EU negotiating agenda.

Oceana, an international ocean conservation group, wants the two sides to limit subsidies that promote overfishing and reduce illegal, unreported and unregulated fishing around the globe.

Together, the U.S. and the EU account for slightly more than 16 percent of the global catch by weight and are in the top five importers and exporters worldwide.

“If you can fix a problem in those two (economies), it makes a huge difference,” said Jackie Savitz, a deputy vice president at the conservation group. “This presents a chance to say ‘All right, what do we want to do about fisheries issues?’”