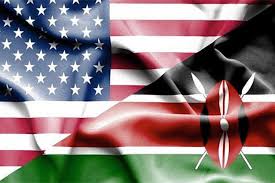 Last week, Kenya and US officially started negotiations of the Free Trade Agreement (FTA). A special interest group comprising civil society, trade unions and farmers have also mobilised against the FTA. This is a common trend globally when trade negotiations begin because the future of these vested interest groups is always uncertain.

Though, what we are seeing around is more noise than signal about what the FTA means for Kenya. The special interest group raises contentious issues but seem caught in sensationalism.

First, the petition talks about the danger of crippling agriculture sector and hurting food security. Now, this is basic economics. Food security and food sufficiency are two distinct issues and it is fallacious to conflate them as one and the same.

The argument the lobby group is making is food sufficiency where a country feeds its own population from its own food basket while food security means access to food and better nutrition, which largely is attributed to affordability.

On such a serious issue, it’s important for the lobby group to get the substance of their concerns right so that they can drive a sober debate.