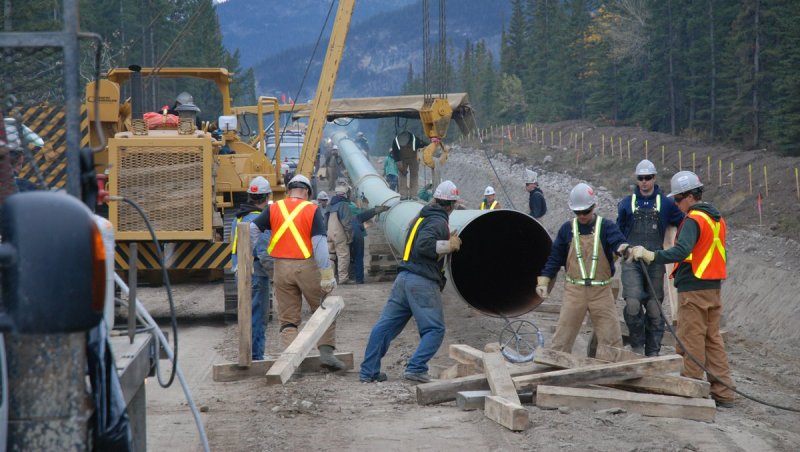 Corbella: Notley’s ’beating down’ of the oil patch should cost her the election

Earlier this year, Canada’s Parliamentary Budget Officer released a report that should have informed Alberta Premier Rachel Notley and Prime Minister Justin Trudeau just how costly it is to delay large projects.

The Jan. 31 report states that a one-year delay in completing the Trans Mountain Expansion Project (TMEP) — which the federal government purchased for $4.4 billion in August 2018, along with the existing Trans Mountain Pipeline — “would reduce the value of the TMEP by $693 million.”

You’d think, therefore, that the feds and the province would giddy up when it comes to reducing red tape for every large infrastructure project from proceeding. But that’s not the case.

The president and CEO of Prosper Petroleum, Brad Gardiner, says he very nearly choked on his coffee when he read a recent political advertisement from Notley Tuesday morning.

“She actually wrote, ‘(Jason) Kenney’s plan leaves our oil in the ground.’ I mean, it’s galling,” he said of Notley’s statement.

It’s no wonder Gardiner feels this way. His firm — a 97-per-cent Alberta-owned company — has been waiting 5½ years to have its oilsands project go through the regulatory process to start its 10,000 barrel-per-day SAG-D project. A 2013 provincial government report said: “Construction is scheduled to begin in late-2015, with first oil in early 2017.”

But then the NDP came to power. Gardiner, a civil engineer, says if he believed in conspiracy theories, he would assume the Alberta Energy Regulator “was doing everything it could to slow this down.”

For instance, on April 28, 2017, after the AER had initiated an improper six-month delay, a hearing was scheduled for July 18. That hearing was delayed because the Fort McKay First Nation — which is trying to stop the project in the courts — had asked for the July date. Then, the nation of 700 people — which is more than 100 kilometres away from the project site — asked that the hearing be adjourned until September 2017, which was initially granted. But that date too was delayed again, until Oct. 17, “because one of the AER commissioners was on holidays for six weeks starting the last week of August.”

Now the oil company has been waiting for more than 10 months for Energy Minister Marg McCuaig-Boyd to sign an order in council (OIC) for a process that ordinarily takes just 20 to 30 days.

On June 12, 2018, the AER ruled the company’s Rigel Project was found to be in “the public interest” subject only to the minister’s OIC.

Gardiner says Fort McKay First Nation was granted leave to appeal the AER hearing decision based on Notley’s government not completing the Moose Lake Access Management Plan that Environment Minister Shannon Phillips committed to completing by April 2016. The appeal, however, does not affect the validity of the AER approval or prevent the government from issuing the order in council.

The company has written many letters and made numerous phone calls to McCuaig-Boyd’s office, Phillips’ office and even Premier Notley’s office — usually without even the courtesy of a reply. Even legal letters have been ignored. Similarly, both McCuaig-Boyd and Phillips did not respond to Postmedia requests for comment over two days.

So far, Prosper has spent $60 million for applications, scientific studies, legal fees, etc., to comply with numerous regulatory hurdles. The delay itself costs money, as well as lost opportunities. Gardiner estimates the company has lost $200 million as a result of the delay.

It’s also costing Albertans and Canadians dearly. Using a Statistics Canada model, the Canadian Association of Petroleum Producers (Gardiner sits on its board) estimates the project would add 10,812 full-time equivalent jobs during the construction phase, add $1.43 billion of GDP to the economy during the construction phase, create 1,603 permanent jobs, boost the GDP by $665 million and provide $2.3 billion of revenue to the provincial government over the life of the project.

With the high unemployment rate in the city, undoubtedly many Calgarians would have coveted those high-paying jobs.

The Czech-based company Petrolama Namur Oil Sands Exploration — which has partnered with Prosper by investing in its 100,000-acre leasehold, located approximately 85 kilometres northwest of Fort McMurray — is also frustrated by the delays.

“Based on historical processing times for these kinds of applications, I told this partner that we can expect it to take 12 to 18 months and we’re now looking at 5½ years, and the Czechs are saying, ‘We thought Canada was a safe place to do business and had predictable rules that the government actually follows,’” said Gardiner.

“Their actual quote is, ‘The NDP are worse than the communists,’” (who ruled the former Czechoslovakia for decades) in terms of red tape and delay, he added.

Scott Holmes, president of Petrolama Energy Canada, says the company is so frustrated with the costly delays that it filed a notice of dispute against the province to the Government of Canada on March 29 owing to the “failure by the Alberta government to, in a timely manner, grant our Order in Council allowing us to proceed with our project.”

Gardiner says when he read that NDP ad he said to himself, “Where has Rachel Notley been for the last 3½ years? Does she think we’re going to forget that over that time they’ve done everything to beat us down?”

Gardiner counts the ways Notley has beat the patch down: the royalty review (that completely halted investment in the energy industry); bringing in a carbon tax shortly after the May 5, 2015, election even though she never mentioned it during the campaign; apologizing for the oilsands, calling Alberta the ’embarrassing cousin’; cancelling power contracts; shaking the confidence of investors in general that has seen $100 billion in planned investment flee the province; not objecting when Trudeau cancelled the Northern Gateway pipeline; not objecting when Trudeau changed the rules on Energy East pipeline that led to its cancellation; saying nothing for months as the federal government’s Bill C-69 (the no-more pipeline bill) was before a Commons committee and Bill C-48 (the tanker ban that only excludes Alberta oil on the Pacific north coast of B.C.); and appointing opponents of Alberta energy to the AER.

Delays cost everyone a lot of money, frustration and jobs. Gardiner and his colleagues hope they cost Notley and her government the April 16 election