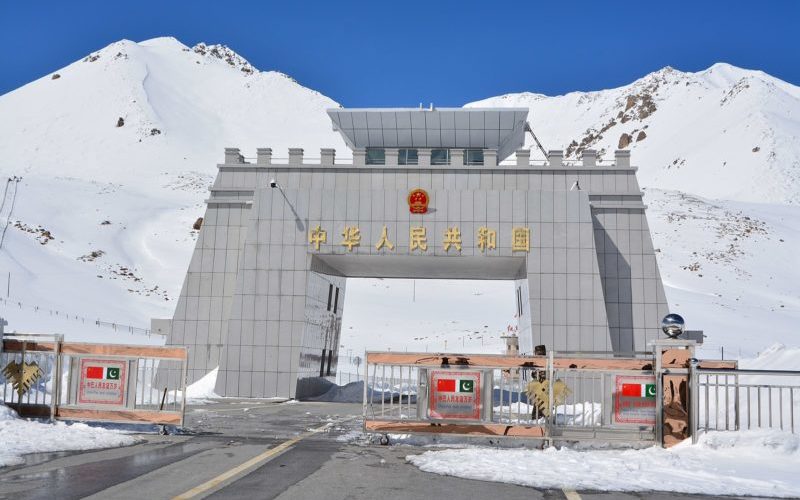 Why is Washington making a song and dance about the China-Pakistan Economic Corridor (CPEC)? Are their reservations with regard to the multi-billion programme rooted in deep concerns for Pakistan’s long-term wellbeing?

Do – like caring parents who believe their naive child should give a wide berth to bad company – they want Islamabad to keep the Chinese at an arm’s length? Or do the Americans look upon the corridor as a strategic ploy by Beijing to put its stamp on the region at their expense?

From the American perspective, as outlined by a senior State Department official, Alice Wells, twice during the past three months, the substantial capital inflows under CPEC are a Greek gift for Pakistan, which is already heavily indebted to foreigners – governments as well as multilateral institutions. The more the programme grows in size; the more funds will Islamabad have to borrow from the government and banks in China. As a result, the debt repayment obligations of the country will continue to inflate, forcing it to shore up its borrowing to work off the credit. That will be a classic case of debt trap from which, as a rule, the borrower finds difficult to get out. The argument seems valid. But, like any other valid argument, it may comprise questionable premises.

In order to appreciate CPEC and its implications for Pakistan, we need to look at the bigger picture from both China’s and Pakistan’s standpoints – not to speak of the US perspective.

CPEC is part of China’s flagship Belt and Road Initiative (BRI). As China sets its sights on becoming an economic superpower, it’s putting high premium on four things in the main: seamless and efficient trade flows, food and energy security, moving up the value chain in manufacturing, and development of its relatively backward regions.

China’s impressive economic growth over the past four decades has been export driven. The share of foreign trade in the country’s total economic output is 40 percent, which is exceedingly high considering that as a rule large economies tend to depend less on foreign sales and purchases. The Asian giant has been among the biggest beneficiaries of trade liberalization and opening up of markets worldwide and is keen that the phenomenon should continue.

The trade competitiveness of a country in significant measures hinges on curtailing the cost of both domestic and overseas transactions by putting in place an efficient infrastructure. According to a 2017 Asian Development Bank study, the current infrastructure deficit is a serious obstacle to trade expansion and economic openness and that the Asian continent alone needs $26 trillion infrastructure related investment till 2030. That is why bridging the infrastructure gap forms the key component of the BRI.

Putting in place the right infrastructure and building trade corridors also played a capital role in China’s development saga. Since China is a gigantic country, both raw materials and final goods have to be shifted from one part of the country to another over an enormous distance. That necessitated huge investments in overcoming transportation bottlenecks. China wants to replicate a similar model in the BRI, which would cut back significantly on the time and cost of the country’s foreign trade.

On account of the size and growth of its economy as well as the 1.4 billion population, China’s energy needs are ever growing. Already, it’s the globe’s largest energy consumer and importer of petroleum products. Ensuring timely and uninterrupted energy supplies is thus a priority for Beijing. Another priority is food security. Due to rapid industrialization, the share of agriculture in China’s GDP has been shrinking – at present, it accounts for less than eight percent of the overall economic product – making it increasingly dependent on food import.

Compared with Europe and North America, China is known as a manufacturer and seller of low-technology, low-quality products. The country is keen to erase this impression by graduating to a manufacturer and exporter of high technology, smart goods and services. This entails, on the one hand, import of technology related intermediate goods, such as semi-conductors, from developed countries, and, on the other, relocation of the heavy and labour intensive industries to less developed economies.

China’s development has been heavily biased towards coastal regions or the eastern part of the country. The western part, including the Xinxiang administrative region bordering Pakistan and Tibet, was largely neglected, which stoked social and political discontent. As per the development philosophy of the current leadership encapsulated in ‘Socialism with Chinese Characteristics for the New Era,’ Beijing is according high importance to the development of the hitherto neglected regions through industrial relocation and trade. The BRI is a seen as a significant contributor to this end.

The BRI, which seeks to revive the ancient Silk Road through which Asian nations traded with Europe, involves 60-plus countries, with China as their pivot. A network of roads, bridges and ports running through the participating countries would ensure that China’s international trade, which includes secure energy and food supplies, is conducted at low real cost. The immediate benefit for these by and large capital-deficient countries is infrastructure development.

The initiative is remarkably ambitious and China is supposed to inject close to one trillion dollars by 2030 into the various projects in both investment and credit modes. The BRI includes six corridors through which China will be connected to Europe and Africa through South Asia, the Middle East and Eurasia. One of these corridors is CPEC.

CPEC links China’s restive south-west to energy-rich West Asia and further to Europe through the Gwadar Port. As in the case of other BRI corridors, communication and energy related infrastructure development to the tune of $49 billion – the figure is subject to cost escalation – lies at the heart of CPEC. Of this, the $34 billion energy projects are in the IPP mode. These projects have contributed significantly to easing power outages in Pakistan. However, the mode of financing for the $15 billion transport projects is almost entirely Chinese credit.

So far, Pakistan has borrowed close to $5 billion for these projects, which the government claims to be on concessionary terms. Pakistan is seeking another $9 billion Chinese loan for the mega ML-I project, which will upgrade the main Karachi-Peshawar railway track. All over the world, trains are the preferred means of cargo transport. In Pakistan, however, the share of the railways in merchandise transport is only two percent.

CPEC will, no doubt, add to the public external debt. But an economy faced with low level of domestic savings has to rely on foreign capital to shore up the level of investment. Besides, if used to raise the productive capacity of the economy, debt is not something to be frowned upon. As the economy grows, its capacity to service the debt also racks up.

In addition, China will help Pakistan overcome its supply-side constraints through development of special economic zones (SEZs) and modernization of agriculture. Despite being an agro-based economy, Pakistan is a net food importer to the tune of $1.5 billion a year mainly because of productivity glitches. Pakistan is also eyeing relocation of some of China’s heavy or labour intensive industry to the SEZs to give a significant boost to its exports.

Due to CPEC, China has become the largest source of FDI into Pakistan. During last five years, the cumulative FDI from China crossed $5 billion, which accounts for 46 percent of the total investment into Pakistan. In contrast, only $530 million worth of FDI was received from the US during this period. China is also Pakistan’s largest trading partner. It goes without saying that increased commercial engagement between the two countries consolidates their overall bilateral relations.

For China, the benefits of the BRI go beyond mere connectivity and trade to ratcheting up its regional and global clout. Capital, whether it takes the form of equity or credit, is a principal source of extending leverage over other nations. No other country knows this better than the US, which since the close of the Second World War has been the capital user of military and economic assistance as a tool of advancing foreign policy objectives.

Not only that, as Washington is presently in a protectionist-cum-austere mode, Beijing sees it as a good opportunity to draw upon its massive foreign exchange reserves for building alliances centred on it. That’s the reason the BRI provides a springboard for the Sino-US face-off.