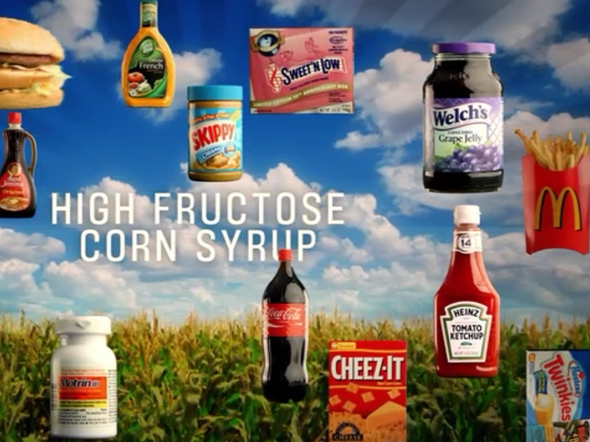 If Canada is any example, free trade with the United States can be bad for a country’s public health, an international research team said.

After Canada entered into the North American Free Trade Agreement (NAFTA) with the United States and Mexico in 1994, tariffs were removed from high-fructose corn syrup and similar sweeteners. The result: Canada’s daily per-capita supply rose from 21.2 kcal/day (95% CI 10.26-32.19) to 62.9 kcal/day (95% CI 50.43-75.29) — in other words, it tripled, reported Pepita Barlow, a doctoral student at the University of Oxford in England, and colleagues

High-fructose corn syrup accounted for a greater proportion of total sugars and sweeteners used in Canada, rising from 4.8% before NAFTA to 13.5% after NAFTA, Barlow’s group — which also included members from the U.S. and Italy — said online in CMAJ, the Canadian Medical Association journal.

Canadian imports of beverage syrups including high-fructose corn syrup doubled in the period after NAFTA, rising from 7,132 metric tons in 1993 to 16,062 metric tons in 2000, Barlow and colleagues said.

"These findings were robust to additional sensitivity analyses, and are consistent with previous studies which find that countries enacting trade deals with the U.S. experience changes in their food environments," the researchers wrote.

"The population-wide consequences for public health are potentially enormous," they warned. "This rise in high-fructose corn syrup consumption was correlated with a large rise in obesity rates, from 5.6% in 1985 to 14.8% in 1998. Rates of obesity among Canadians now rank among the highest of advanced industrialized nations that, unlike Canada, do not have trade agreements with the United States.

"The period after NAFTA also corresponded with rises in the prevalence of diabetes from 3.3% to 5.6%, from 1998/99 to 2008/09," Barlow and colleagues said. "Our findings are consistent with the hypothesis that U.S. trade relations may have been an underlying population-level factor contributing to Canada’s comparatively high rates of obesity, diabetes, and non-communicable diseases, through increased population-level exposure to added sugars.

"Our results have important implications for health policy. Trade agreements such as NAFTA are widely used macroeconomic policy instruments," the researchers said. "However, our analysis of the effects of NAFTA raises concern that new trade deals could harm population health, should lower tariffs lead to increased supply and potential consumption of unhealthy food items, particularly those containing high-fructose corn syrup."

In an accompanying editorial, Ashely Schram, PhD, of the Australian National University in Acton, and Ronald Labonté, PhD, of the University of Ottawa in Canada, seconded the study authors’ concerns. "Increased availability of unhealthy food products is only one of the many pathways through which trade and investment liberalization has the capacity to negatively affect health," they said. "Trade and investment provisions can promote the spread of other unhealthy commodities, such as tobacco and alcohol, partly through the protections offered to foreign investors in such products."

U.S. President Donald Trump’s promise to renegotiate NAFTA could be a public health boon, the editorialists suggested: "[T]he public health community should seize the opportunities presented by new and reopened negotiations, and the growing body of empirical work to which Barlow and colleagues’ article contributes, to advocate for health and health inequities as fundamental considerations in these agreements," they said. Barlow’s group analyzed supply data from the U.N.’s Food and Agriculture Organization. Annual supply figures reflect the sum of imports and domestic production, less exports and estimated waste. The investigators used a novel time-series analysis, which estimated supply in Canada against a "synthetic control" group of countries that do not have free trade agreements with the United States, in this case the United Kingdom and Australia.

"The methods used by Barlow and colleagues provide an important and uniquely rigorous approach to this type of evidence gathering, indicative of newer and more robust methodological approaches that are now being used in the pursuit of evidence-informed policy in the area of trade and health," Schram and Labonté commented.

An important limitation of the study was that an increased annual supply of high-fructose corn syrup doesn’t necessarily mean an increased per-capita consumption, Barlow and colleagues acknowledged. "Supply levels are nevertheless a widely used proxy for consumption and are especially appropriate in market equilibrium when supply and demand are equal," they said. Another limitation was that the observational nature of the study limits any causal inferences, they noted.