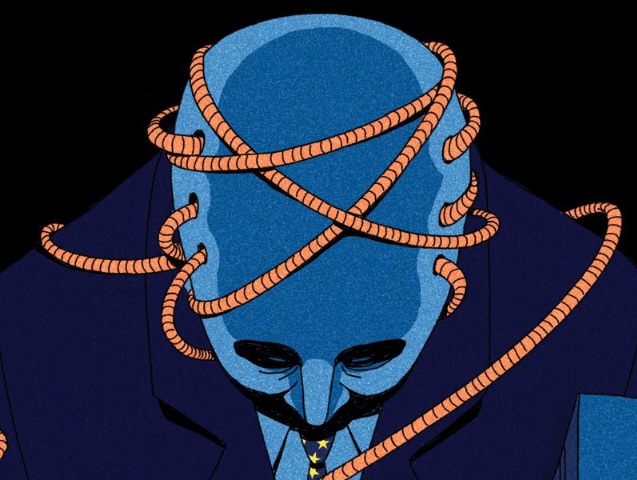 The global battle for control of the digital economy is typically portrayed as one fought by only two titans : US and China, but that does not mean that the EU has been standing still. As this briefing documents, the EU has been making strong efforts to catch up using trade negotiations and trade rules to assert its own interests. In the process, the EU is trying to climb up on the backs of the developing countries, undermining the chance for all to equitably share in the benefits of technological development.

This briefing examines 14 clauses on digital trade that the EU advocates for in its trade negotiations and their impacts on developing countries. Based on exhaustive analysis of 13 different EU free trade agreements as well as their positioning in the World Trade Organization, it shows that the EU has adopted a colonialist strategy, going out to hunt for data from the global South, in order to position its own companies in the new global cybernetic value chains. To empower its own Big Tech, the EU is seeking to force through clauses in trade negotiations that will hinder digital industrialisation, restrict necessary state oversight of corporations and undermine citizens’ rights elsewhere, in particular in developing countries. While these clauses are technical in nature and obtuse to the general public, they can affect everything including peoples’ rights to privacy, the nature and functioning of public services, the possibility of economic development and industrialisation, the accountability of government, even the quality of democracy itself.

The battle the EU, US and China are waging is for control over the data we generate every time we connect to the internet as the basic raw material for its production process. The true value does not lie in the data itself, but from the processing of the data to deliver and sell algorithmic explanations of human behaviour.

The report shows that the EU was initially slow to advance its digital trade agenda, but has been much more aggressive since 2016. The EU appears to have two goals. First, to become a global digital player by creating rules that will support its industries transitioning to become digital ones, and which will then lock in their long-term dominance. These include fields as diverse as human resources, logistics, medical services, entertainment, education, and smart urban transport, although the most powerful push is coming from the EU’s automative industry, keen to dominate the self-driving and smart cars of the future. Second, and particularly within WTO negotiations, the EU seems willing to prostrate itself to the power of the US digital giants, known as GAFAM (Google, Apple, Facebook, Amazon and Microsoft) who have spent a fortune in lobbying and succeeded in shaping any negotiations that include rules on the digital economy.

The 14 trade rules summed up in the box are carefully designed to ensure that the big tech companies in the EU and the US can operate freely and maximise their profits in the digital economy, while restricting the ability of states to regulate the sector, redistribute the profits, improve their public services, or take forward a local technological development strategy. They also defund the state, by banning the collection of taxes on electronic transmissions, a huge potential future loss given the transition of everything online. Even where the EU has been seen to be a more progressive player than China and the US, such as its adoption in 2018 of the General Data Protection Regulation (GDPR), exporting this via the means of trade rules will entrench rather than undermine an extractivist model. This is because it is not accompanied by the necessary resources to achieve it, which therefore creates additional costs for low-income countries and unfair competition.

The EU’s digital trade agenda amounts to an agenda of extractivism. Mining raw material (data) from the global South without paying anything for it and taking it to the countries where they are based in order to process it and sell that technology back to us. It is also a strategy for the deliberate structural underdevelopment of low-income countries, as it seeks to put in rules that prevent them capitalising on the potential income and profits from technological development. Paraphrasing the well-known development economist Ha-Joon Chang, the EU’s trade agenda is kicking away the digital ladder of development.

The losers in the battle for tech hegemony are ordinary people. Trade rules are not being constructed to strengthen citizen rights or democracy, but rather to benefit big tech, giving them markets and resources for free, unlimited monopolies and no social responsibility or tax liability. Against this resource theft and digital extractivism, the only remedy is to conserve the freedom of states to regulate so that people in turn can enforce their will. It it is therefore critical that states refuse to sign these agreements as a first step towards a longer-term process of digital industrialization and sovereignty.