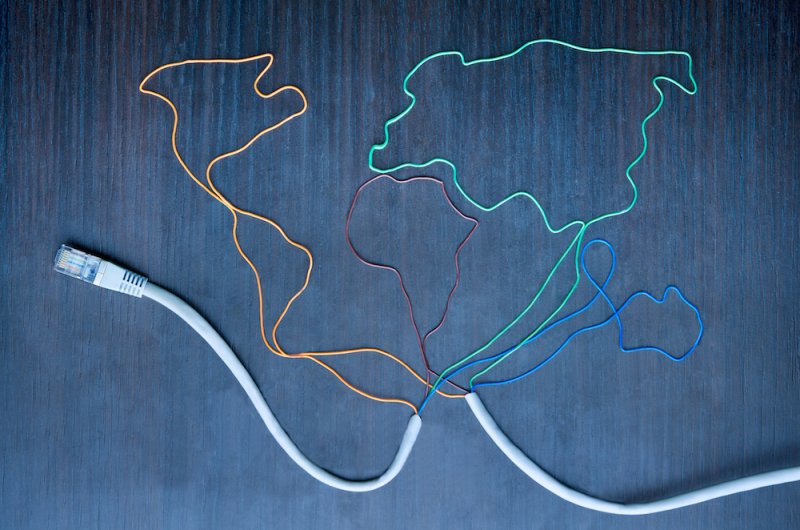 Digital trade issues continue to grow in importance to the U.S. economy as people and businesses find new and innovative ways to use data and technology to deliver more goods and services via the Internet. However, the growth in entrepreneurship and innovation so vastly enabled by digital technologies is increasingly threatened by a growing range of digital trade barriers. On July 13, the U.S. House Committee on Ways and Means Subcommittee on Trade held an important hearing on the growing significance of digital trade to the U.S. economy, the rise of these digital trade barriers, and the ways in which U.S. trade policy, including through the Trans-Pacific Partnership (TPP), can help remove existing—and prevent future—barriers. ITIF Founder and President Robert Atkinson testified, alongside representatives from IBM, the Internet Association, PayPal, and Fenugreen (a tech startup). This post captures a few of the key takeaways.

Digital trade benefits a large segment of the U.S. economy and its workforce. Digital trade and data flows often go unrecognized (as they are often hard to see) for the important role they play in helping U.S. companies and workers, whether from firms big or small, and whether in tech or in traditional sectors (like agriculture and manufacturing). As ITIF has argued, cross-border data flows enable growth in all industries. Likewise, a McKinsey Global Institute study estimates that more than 75 percent of the economic value created by the Internet is captured by companies in traditional industries, such as agriculture, with many of the beneficiaries being small businesses.

Committee members were interested in learning how digital technology and service platforms, such as PayPal and Amazon, provide U.S. entrepreneurs, such as fellow speaker Kavita Shukla (CEO and founder of Fenugreen), with the tools to go global with a few clicks of a mouse button. The Internet Association and PayPal outlined how many small businesses and app developers can now engage in digital trade in ways that could scarcely be imagined 10 years ago. All that is required these days for a U.S. business to go global is an idea and an Internet connection. All you need is a laptop to launch an innovative new business or application and disrupt an existing market. As fellow speaker Usman Ahmed from PayPal put it, this “democraticization of trade” shows committee members why they should all be interested in making sure U.S. trade policy addresses digital trade barriers.

Data flows matter. Data flows fundamentally underpin digital trade, as they are increasingly the driving forces of innovation and growth in the modern global economy. A report released in March 2016 by the McKinsey Global Institute finds that the global value of international data flows in 2015—$2.8 trillion—exceeded the value of global merchandise trade for the first time. Subcommittee Chairman Rep. Dave Reichert (R-WA) was right in saying that the “arbitrary blocking of cross-border internet traffic” is a long-term problem for the United States.

Unfortunately, as Robert Atkinson enumerates in his written testimony, a growing number of countries are erecting barriers to data flows, some due to misguided concerns over privacy and security (such as the European Union, Canada, and Australia), others for blatantly protectionist purposes (such as China, Russia, and Nigeria). Panelists agreed that the TPP takes a number of key steps to address these barriers through its provisions that prohibit barriers to data flows and measures to force companies to store data within a country—a measure known as data localization. The next step beyond TPP is building on these provisions in the Trade in Services Agreement. Atkinson made the case that if the TPP does not pass—meaning that the United States’ vision for enacting new rules that protect a free and open Internet and digital economy—then countries may be more tempted to follow data mercantilists, such as China and Russia, in enacting the barriers to data that will ultimately lead to a balkanized Internet. Such an outcome would adversely impact U.S. firms and workers, many of which work for firms whose competitive position is based on having access to global markets for their innovative development and use of digital technologies.

The special treatment of financial data in the TPP was a mistake and the United States Trade Representative’s fix for this, if successfully applied, can help close this dangerous loophole. Given the importance of data flows, committee members, including Rep. Ron Kind (D-WI) and Rep. Bill Pascrell (D-NJ), were interested in discussing the implications for digital trade if the TPP’s exemption for financial data was allowed to remain unchanged. As ITIF recently argued, this rule was unnecessary and redundant, and created a dangerous loophole that could be misused for protectionist purposes by other countries, such as China, India, and Russia. Thankfully, the U.S. Trade Representative has essentially recognized this and has been leading efforts to develop a fix for this provision. In an ideal world, this provision would be dropped completely from the TPP and future trade agreements. However, given the position of financial regulators, the fix seems to find middle ground: It sets out specific steps to facilitate data access, and in doing so makes localization a truly final resort, while ensuring that countries remain committed to not enacting policies that require data localization or other barriers to data flows.