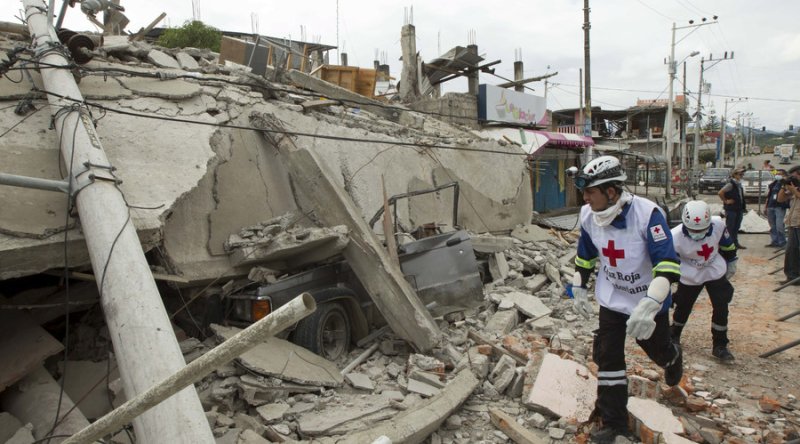 The Ecuadorean government is being forced to use money that could go toward relief efforts to instead pay off a multinational oil company.

The Ecuadorean government is being ordered to pay US$180 million payment on Friday to the multinational oil corporation Occidental, just two weeks after a major earthquake struck the country, killing hundreds and causing billions of dollars in damage.

"Urgently needed public resources are being channelled to an oil multinational during an emergency because of a decision by for-profit arbitrators at a secretive international tribunal,” said Cecilia Olivet, a researcher with the Transnational Institute, a center-left think tank based in Amsterdam.

The final payment is part of a total settlement of US$980 million imposed on the Ecuadorean government by the World Bank-affiliated International Center for Settlement of Investment Disputes (ICSID).

The settlement came after the Ecuador terminated an oil concession due a breach of contract and national law on the part of Occidental. The U.S. oil giant then sued the government at an international investment arbitration tribunal, the product of the U.S.-Ecuador Bilateral Investment Treaty. The massive reward came despite the tribunal acknowleding that Occidental broke the law.

Critics warn that forcing Ecuador to pay off the settlement now could hamper relief efforts in a country still recovering from a 7.8-magnitute earthquake.

The US$180 million payent is more than double the US$72 million international humanitarian appeal launched by the United Nations and emergency relief organizations to assist Ecuadoreans in need of drinkable water, housing and basic health services.

“Ecuador would be morally justified in prioritizing the lives and emergency disaster relief of its people over paying a multi-million dollar Investor State Dispute Settlement award to a petrol company," said Sam Cossar, a campaigner with Friends of the Earth. "If Ecuador is forced to pay this US$180 million, the international community would be neglecting its duty to rebuild the country."

The ICSID is comprised of special legal tribunals that allow corporations to file legal claims against a country in an international arbitration court and provide them with the right to demand compensation for government actions that impact corporate profits.

Since the ICSID was created, South American countries have accounted for 27 percent of all arbitration cases. Bolivia (2007), Ecuador (2010), and Venezuela (2012) have all abandoned their ICSID contracts.