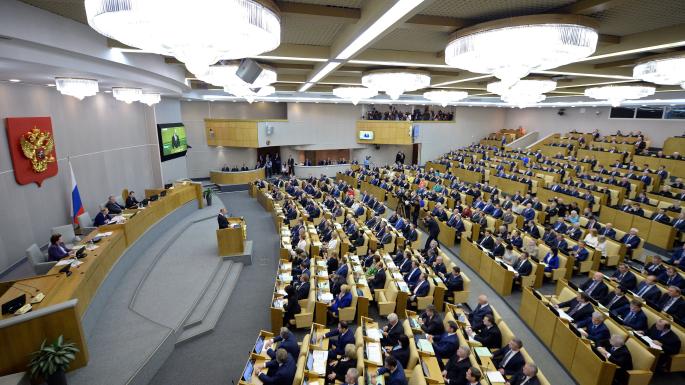 Russia’s State Duma has endorsed an agreement for the establishment of a free trade zone between Iran and the Eurasian Economic Union.

In Thursday’s open session, a majority of State Duma members approved the agreement on the establishment of a free trade zone, which was signed in the Kazakhstan’s capital city of Astana on May 17, IRNA reported on Friday.

The deal is expected to substantially increase trade between Iran and EEU.

Iran’s free trade with EEU members is especially important, as the US has reinstated sanctions against the Islamic Republic. By putting into effect the agreement, the two sides are hoping to make up for the loss of global markets as a result of economic restrictions imposed on Iran as well as Russia, the leading member of EEU, by the United States.

Iran’s non-oil commercial exchanges with the five member states of the Eurasian Economic Union totaled $1.69 billion in the last Iranian year (March 2017-18) to register a decline of 35.38% compared with the year before, data released by the Islamic Republic of Iran Customs Administration showed.

Iran’s exports to EEU stood at $837.18 million during the period, indicating a 6.51% year-on-year increase.

Iran’s total commercial exchange with Russia was the highest in terms of value among the five member states of the bloc at $1.03 billion, down 42.14% YOY.

The arrangement lowers or abolishes customs duties, setting off a three-year process for a permanent trade agreement.

The Russian Ministry of Industry and Trade has said that a full-fledged agreement on a free trade zone between Iran and EEU will be concluded by early 2022.

According to the ministry, the interim agreement signed in May covers 50% of the trade between the parties and will come into force early 2019.

EEU was established in 2015 based on the Customs Union of Russia, Kazakhstan and Belarus, and was later joined by Armenia and Kyrgyzstan.

In 2016, Vietnam officially became the first non-regional country to join the bloc’s free trade zone, which is designed to ensure the free movement of goods, services, capital and workers.