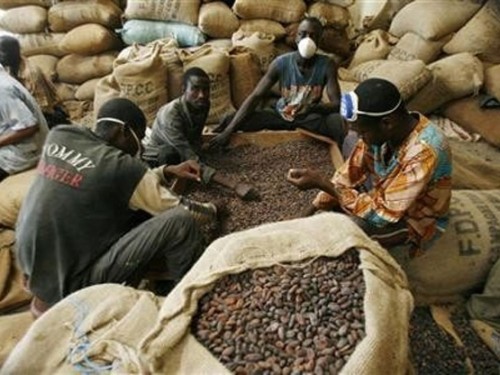 In Cameroon, where an interim agreement was signed then ratified by the parliament, the debate is still out.

Since October 2003, the countries of Central Africa and the European Union (EU) have been negotiating an Economic Partnership Agreement to institute a new trade regime to replace the non-reciprocal preferential trade system in place as a part of the Cotonou preferential integration agreement.

After several years of negotiations, the EU and countries of Central Africa still have not come to any consensus on the technical issues involved in the drafting of the agreement. In Cameroon, where an interim agreement was signed then ratified by the parliament, the debate is still out. To date, much that has been said concerned the negative impact of the EPAs and the destabilisation that could result from the implementation of an EPA that does not sufficiently take into account the development concerns.

The third edition of the GICAM university initiative, which was completely devoted to the topic, recently enabled various leaders of the Cameroonian economy to share their point of view on this decisive issue for Central Africa, in general and Cameroon in particular. A few points of view grabbed our attention and incited prolonged discussions as a part of the meeting with social partners. In the end, ideas had notably evolved. The question of tariff barriers, that previously attracted so much attention, fell by the way side, leaving room for much more complex arguments.

More opportunities to seize, but also more risk to dread

The Cameroonian government, which has been seeking a regional agreement, has defended the signing of the interim EPAs. Dieudonné Bondoma, Director General of Economy at the Ministry of Economy, explained that in the event of ratification, the EPAs should lead to more opportunities and trade with the EU by creating new markets and increasing production through improved specialisation, bringing in more revenue by expanding export in the zone and increasing exports to the rest of the world.

Some speakers at the GICAM university event, such as Felix Zogning of the University of Quebec in Canada, without explicitly speaking about EPAs defended the benefits of opening-up markets. The geographic expansion of a company’s economic activity beyond its national borders allows it to be more competitive and pursue its expansion while it has been shown at the global level that the greatest creator of net jobs and wealth are the order of the day for strong growth,” explained Mr. Zognig.

But he also admitted that the opportunities that these agreements offer cannot counteract the threats of a loss in Customs revenue, the risk of weakening the integration process and increased competition from EU products. “The short term vision, which focuses on the losses in Customs duties, fails to take into account the positive effects this could have on Cameroon over the long term if companies were to approach competitiveness and upgrading resolutely,” stated the government.

In the end, it was agreed that the EPA issue needed to be approached with prudence because such agreements are unlikely to be a panacea. Deep thought led to the conclusion that, once signed, the most important thing for Cameroon would be the reforms to adapt to the changing demands of the global economic environment.