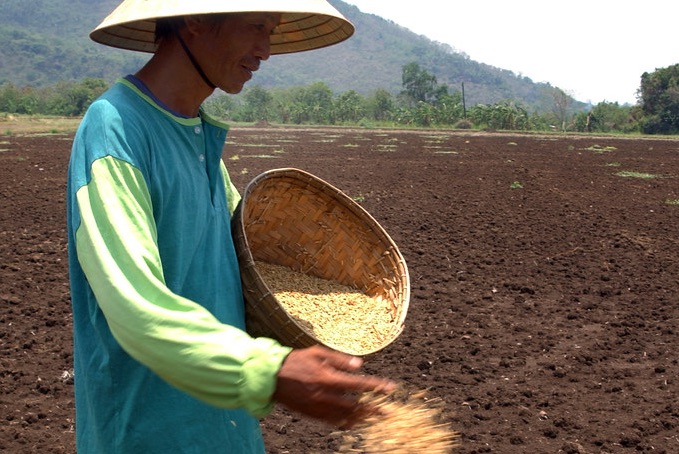 EFTA’s response to the June 2020 open letter, supported by 250 organisations from around the world, is disappointing. Although EFTA is open to our concerns, it maintains the UPOV 91 requirement in FTAs. The right to seeds therefore remains under pressure.

In July 2020, 250 organisations from 60 countries sent an open letter to the governments of Switzerland, Norway and Liechtenstein asking them not to impose strict plant variety protection laws on the countries of the global South in accordance with UPOV 91. These are standards that they do not meet themselves, but which they demand from partner countries in free trade negotiations. The letter calls for the UPOV requirement to be removed from their negotiating mandates for future FTAs.

Five months later, in December 2020, we received a letter of response from EFTA, signed by Federal Councillor Guy Parmelin, Swiss Minister of Economy and President of the EFTA Council in 2020. The letter is vaguely worded and contains several inaccuracies, which the Swiss Coalition for the Right to Seed has commented on and corrected (see here). We regard it as positive that EFTA does not consider accession to UPOV or the legal implementation of UPOV standards as a precondition for concluding a free trade agreement. We also welcome EFTA’s openness, as stated in the letter, to find alternative solutions that also take into account the situation of farmers in partner countries who depend on farmers’ seed systems.

The negotiating mandate is adjusted...

At the end of January 2021, a delegation of the Swiss coalition "Right to Seed", which initiated the open letter, was invited to a meeting with the Swiss authorities. Government representatives informed the meeting of a possible addition to the EFTA negotiating mandate in response to civil society demands.

Specifically, they proposed an additional article on "genetic resources and traditional knowledge" referring to "rights and obligations related to genetic resources and associated traditional knowledge as set out in the Convention on Biological Diversity, the International Treaty on Plant Genetic Resources for Food and Agriculture and other relevant international agreements to which they [the signatory countries] are parties". The implementation of these agreements should be done "in a mutually supportive manner with the international agreements referred to in paragraph 1 above" - which, according to oral testimony, still includes UPOV 91.

However, if EFTA maintains in its negotiating mandate the requirement of UPOV accession or the implementation of UPOV 91 standards, an additional article on other international agreements does not change the substantive problem. Indeed, accession to UPOV requires a literal transposition of the acts into national law - which is not the case for the other agreements mentioned in the new article. Thus, maintaining the UPOV requirement and adding a new article on other international agreements only opens up new conflicts.

The fundamental concern of the open letter is still not taken into account. According to the Swiss Coalition for the Right to Seed, the flexibility mentioned by EFTA, that UPOV 91 is not a precondition for a free trade agreement, should be communicated from the outset. We will therefore continue to campaign for EFTA to withdraw its request for UPOV 91 or UPOV 91 implementation from its negotiating mandate. The current double standards are hypocritical and unfair and have negative effects on the right to food and biodiversity.