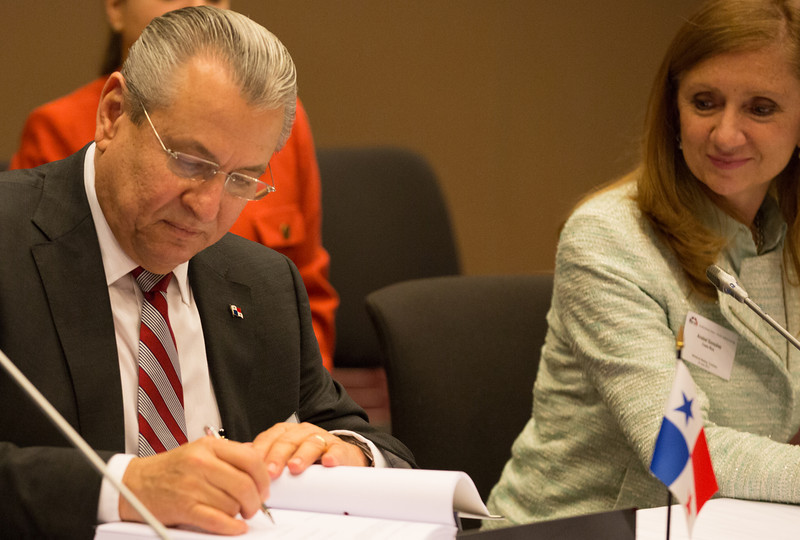 Ministers from the Member States of the European Free Trade Association (EFTA) — Iceland, Liechtenstein, Norway and Switzerland — and from Costa Rica and Panama have signed a Free Trade Agreement (FTA) today. The FTA will further enhance the economic ties and promote trade and investment between the two sides.

Building on a Joint Declaration on Cooperation signed by the EFTA States and Panama in July 2010, negotiations between EFTA and four Central American States were launched in November 2011 and were concluded with Costa Rica and Panama in December 2012.

The EFTA-Central America FTA has comprehensive coverage, including trade in goods (industrial and agricultural goods, fish and other marine products), rules of origin, trade facilitation, trade in services, investment, competition, protection of intellectual property rights, government procurement and sustainable development. A Joint Committee will supervise the functioning of the FTA, which will become effective after completion of the necessary internal procedures by the Parties. Other Central American States may join the FTA at a later stage.

Economic relations between the EFTA States and Costa Rica and Panama

EFTA as a trade partner

With a combined population of around 13 million, the EFTA States are the world’s 11th largest merchandise trader, as well as significant actors in the areas of trade in services and foreign direct investment. They have now 26 FTAs with a total of 36 partner countries outside the European Union.