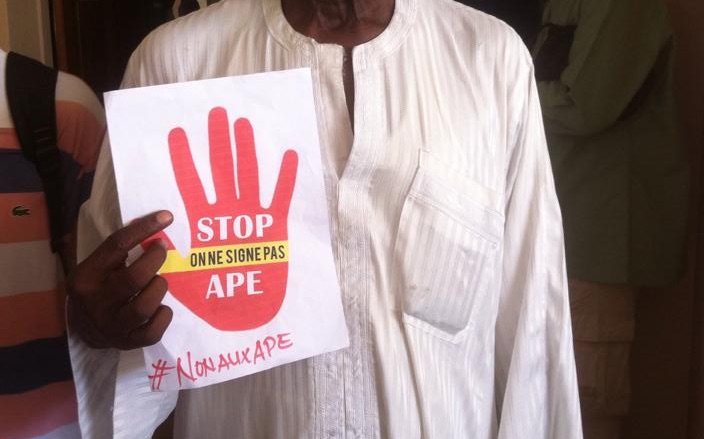 EPAs, the height of the European Commission’s foolishness in perpetuating the colonisation of Sub-Saharan Africa (SSA) by shooting itself in the foot

The imposition of Economic Partnership Agreements (EPAs) to ACP countries, where 94% of the population is concentrated in SSA, is based on a series of 12 lies.

The first lie is that the Cotonou Agreement signed in June 2000 requiring the signing of EPAs before 1 January 2008 was not a WTO constraint. Under the pretext that the EU was condemned in the GATT to transform its preferential agreements with the ACP countries into free trade agreements (FTAs) on the complaint of Latin American banana-producing countries that they had to pay customs duties (CDs) on their exports to the EU while those of the ACP countries were not taxed. In fact the EU chose to be condemned for imposing the opening of ACP markets on its exports since the GATT principle of non-discrimination only applies according to the geographical origin of its members but not according to their level of development, which is attested by the EU’s Generalised System of Preferences (GSP) established in 1971 granting a reduction in CDs to developing countries (DCs). Indeed the GDP per capita of Latin American banana exporting countries (especially Ecuador, Colombia, Peru) was 2.3 times higher than that of the 3 SSA countries (Cameroon, Côte d’Ivoire (CI), Ghana) in 1995 and 3.9 times higher in 2016. Moreover, the United States also introduced AGOA for SSA in May 2000, a preferential agreement for SSA, renewed in 2015 for 10 years, with the consensus of WTO Members. The European Commission (EC) has also reneged on its 2001 Everything But Arms (EBA) Decision, a more favourable GSP variant for Least Developed Countries (LDCs), by requiring them to also eliminate their CDs on 80 percent of their EU imports in regional EPAs, rejecting the House of Commons’ proposal to deduct from this 80 percent the share of imports from LDCs.

2nd lie : the EC refused to publish three West African (WA) EPA impact studies, which were leaked because their conclusions were negative for WA, writing to the NGO CRIDEV that it had not commissioned them, adding that the January 2016 IFPRI report had not been made available to it, contrary to the written evidence in these reports.

3rd lie : the EC has long claimed that the EPADP (EPA support programme) would make a strong financial contribution to WA but has finally acknowledged that this is only a re-labelling of the usual EDF (European Development Fund), EIB (European Investment Bank) and Development Cooperation Instrument (DCI) aid from the EU Budget, without any specific EPA contribution. However, a large part of the aid to WA is now diverted towards curbing migration to the EU, "security" (even if military aid is not part of EU development aid) and the promotion of PPPs (Public Private Partnerships) which put SSA countries in long-term debt for the construction of their infrastructure by providing guarantees for these private investments ("Alliance for Sustainable Job Investment"). Another financial lie : according to article 60 of the WA EPA "The European Union undertakes to provide financial resources to cover the net fiscal impact agreed between the parties relating to the tariff dismantling period" since EU budgets are only programmed over 5 to 7 years. Even if the EPADP were to be extended to 2035, IFPRI predicts that a tax would still be needed to maintain tax revenues that have been severely eroded by the loss of CDs, especially since the EPAs prohibit also increasing export taxes.

Lying 4 : Bilateral and multilateral safeguards will benefit the EU much more than ACP countries and would only come into play in case of an increase in import quantities and not in case of a drop in prices, whereas the EU benefits from the Special Safeguard of the Agreement on Agriculture (AoA) providing also for falling prices and ECOWAS will not be able to implement its Complementary Protection Tax, which can also play in case of falling prices.

5th lie : EPAs deny the existence of EU agricultural export subsidies on the pretext that they are essentially notified in the "green box" to the WTO, which is supposed to have no dumping impact, whereas the WTO Appellate Body has ruled 4 times that domestic subsidies, including "decoupled" subsidies, contribute to dumping. Yet these EU subsidies are massive, particularly on cotton, cereals, milk powder and meat, ruining farmers and stockbreeders who represent 2/3 of the population.

6th lie : EPAs are supposed to promote regional development but, to override Nigeria’s refusal to sign the regional EPA, the EC has promoted the implementation of the IEPAs (iEPAs) of CI and Ghana since the end of 2016, which is disintegrating ECOWAS. In addition, the EC unilaterally changed the iEPAs Agreements without consulting the EU Council and the European Parliament, by aligning their planned CDs on imports from the EU with those of the ECOWAS CET (Common External Tariff), thus raising the maximum CDs from 20% to 35%, which further violates the "standstill" clause of the iEPAs on CDs.

7th lie : by politically and financially supporting the implementation of the AfCFTA (Continental African Free Trade Area) the EU is torpedoing the integration of the Regional Economic Communities (including ECOWAS) while contributing to further draining the budgets of the least competitive States since the first objective of the AfCFTA is to reduce CDs in intra-African trade by 90%, offering increased profits to EU multinationals and banks in a position of strength in the African market.

Lie 8 : The impact assessment of the WA EPA conducted by the EC in March 2016 is riddled with factual and scientific untruths. This study is unable to assess the impact of the EPA over the period 2015-35 by comparing their situation without EPA and with EPA since it considers that the baseline situation in 2015 without EPA would have been that the non-LDCs – Nigeria, CI and Ghana – would have been covered by the GSP regime while the situation of CI and Ghana had remained the same as that of the LDCs since independence : exports not taxed by the EU. The EC was therefore unable to characterise their economic situation in 2015 and their external trade and customs revenues since 2008. They would have lost much of their competitiveness by having had to pay significant CDs on their exports of bananas, pineapples, processed cocoa, canned tuna and aluminum to the EU since 2008, and their export earnings would have fallen considerably. Furthermore, the assessment of the WA’s CDs losses did not take into account the 64.4 per cent increase in population from 2015 to 2035 under the pretext that it compares the situation with and without the EPA.

11th lie : the EC has hidden to WA the strong erosion of its trade preferences. While, without the EPA, the processed cocoa exports of the three non-LDCs would be subject to the GSP CDs (6.1% for cocoa paste, 4.2% for cocoa butter and 2.8% for cocoa powder), it has hidden the fact that the EU Free Trade Agreements (FTAs) with the 9 Latin American countries also allow them to export all these products duty free to the EU, and many more than cocoa. Moreover, the EU does not require FTA signatories to respect international conventions on human and social rights, the environment and good governance, which it requires from ACP countries in order to grant them GSP+ status.

12th lie : far from promoting development and employment for the millions of young people entering the labour market every year, the lack of prospects for the future pushes them to risk their lives either by crossing the Mediterranean despite the EU will try to send them back to WA, or by joining jihadist movements to survive. But the EU is thus shooting itself in the foot because, by preventing WA, and Africa and the developing countries more widely, from ensuring their food sovereignty and the protection of their infant industries as the EU has always done and continues to do through effective protection of its internal market, it is depriving itself of the enormous medium and long-term potential of European exports of high value-added products and services if the EPAs were to be abolished.