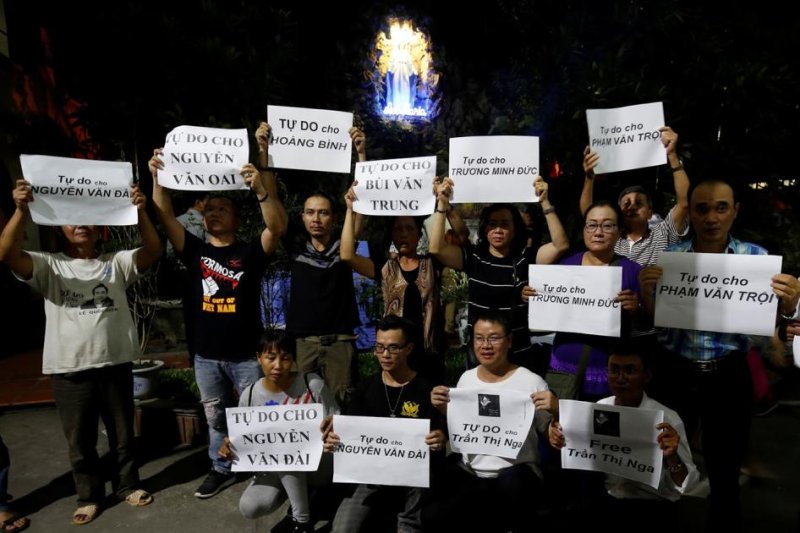 BRUSSELS (AP) — European lawmakers have overwhelmingly approved free trade and investment deals between the EU and Vietnam that will eliminate almost all tariffs over the next ten years, despite concerns about the human rights situation in the country.

After an influential parliamentary trade committee recommended last month that the agreements should be adopted, lawmakers agreed to back the trade deal on Wednesday by 401 votes to 192, with 40 abstentions. The investment protection deal providing a dispute settlement system was endorsed by 407 lawmakers.

The EU hopes the deals will result in 15 billion euros ($16.5 billion) a year in additional exports from Vietnam to the continent by 2035, with EU exports to Vietnam expanding by more than eight billion euros to an annual level around 22 billion euros.

Geert Bourgeois, the lawmaker in charge of steering the agreements through Parliament, said the deals are also strengthening economic ties with Vietnam amid fierce competition from China and the U.S.

A group of 28 NGOs had asked EU lawmakers to postpone their consent to the deals until Vietnam shows it is committed to protecting labour and human rights, but the agreements largely enjoyed the support of the Parliament’s three main political groups.

“We are very concerned about political prisoners and have stressed to the Vietnamese authorities the importance of human rights,” Bourgeois said. “Vietnam is responding in a positive manner and from this month a European Parliament delegation will monitor the situation. We have also agreed the establishment of an inter-parliamentary delegation between Parliament and Vietnam’s national assembly.”

Once adopted by lawmakers, the deals need to be approved by the EU council and ratified by all 27 member states.

Meanwhile, the bloc’s executive arm threatened to partially withdraw Cambodia’s preferential access to the EU market because of “serious and systematic violations” of human rights.

The sanctions will start in half a year unless the European Parliament and member states object to the move.

“The withdrawal of tariff preferences and their replacement with the EU’s standard tariffs will affect selected garment and footwear products, all travel goods and sugar,” the EU commission said in a statement. adding that the withdrawal will amount to about one-fifth of Cambodia’s annual exports to the EU of around 1 billion euros.