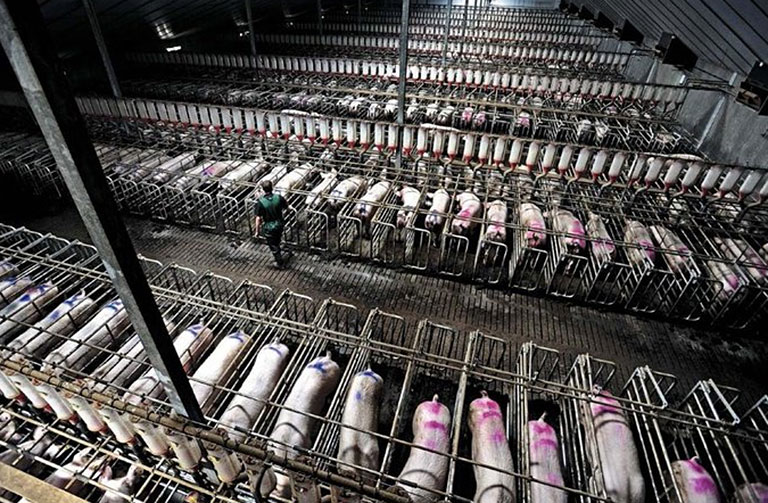 EU and Japan FTA to boost beef and pork sales

The EU and Japan have reached what the bloc is calling its “most important bilateral agreement ever”, with the main principles of a free trade deal that will enhance meat exports essentially done.

An agreement in principle has been reached on the main elements of a free trade agreement (FTA) between the EU and Japan today (6 July).

The deal will allow the EU to increase its beef exports to Japan substantially. And Japan will allow duty­free shipments of processed pork and an almost duty­free tariff trade for fresh meat.

The wide­ranging free trade deal will remove the vast majority of taxes paid by EU companies importing goods and services to Japan, one of the world’s largest economies.

A message before the G20 summit

European Commission president Jean­Claude Juncker praised the deal for promoting liberal economic values. “Together, we are sending a strong message to the world that we stand for open and fair trade,” Juncker said. “As far as we are concerned, there is no protection in protectionism. Only by working together will we be able to set ambitious global standards. This will be the message that the EU and Japan will bring together to the G20 tomorrow.”

Agriculture commissioner Phil Hogan, praised by Danish Crown for putting the interests of the meat industry first, said: “This is a win­win for both partners, but a big win for rural Europe. The EU­ Japan Economic Partnership Agreement is the most significant and far­reaching agreement ever concluded in agriculture.

“Today, we are setting a new benchmark in trade in agriculture. The Austrian Tiroler Speck, the German Münchener Bier, the Belgian Jambon d’Ardenne, the Polska Wódka as well as over 200 other EU Geographical Indications will now enjoy the same level of protection in Japan that they have in Europe.”

Commissioner for Trade Cecilia Malmström said the deal held “enormous economic importance”. Both parties will now continue to resolve all the remaining technical issues and hope to produce a final text for the FTA by the end of the year.

The European meat industry reacted to the news with jubilation.

Jean­Luc Mériaux, secretary general of the European Livestock and Meat Trading Union (UECBV) told this site: “The EU meat industry is quite pleased with the agreement in principle between EU and Japan, on the basis of the preliminary outcomes for beef and pork.”

“First of all, the agreement will help to level the playing field with other competitors and countries that already have preferential arrangements with Japan, such as Australia, Chile.

“Then, the deal will mean not only a comprehensive reduction of import tariffs, but also of non­tariff barriers to trade, such as SPS [sanitary and phytosanitary] barriers. Already, EU beef has enjoyed a meaningful translation of SPS barriers elimination into enhanced market access and trade conditions. Hopefully, this trend will continue.

“Finally, further to the positive EU trade diplomacy efforts in Asia, this agreement will complete the picture of successfully negotiated trade agreements in the region, such as EU­South Korea, and forthcoming ones with Singapore and Vietnam. It means the EU meat sector will be able to grasp the trade opportunities of that dynamic and growing region.”

The CEO of pork giant Danish Crown – which has been eyeing increased exports to Japan for over a year – was also pleased with the deal.

“This agreement is positive for Danish Crown in every way,” said Jais Valeur, Group CEO of Danish Crown.

“We see a potential to increase exports. We believe it may lead to better prices for our products to the benefit of our Danish farmers and, over time, it is my clear hope that we may be able to create 100 to 300 new jobs in Denmark.

“I would therefore like to praise officials in Denmark and the EU – and not least the European commissioner for agriculture Paul Hogan – who have spent thousands of hours on securing the deal. They have given Danish Crown fantastic opportunities for increasing its exports to Japan. Now it is up to us to exploit them.”