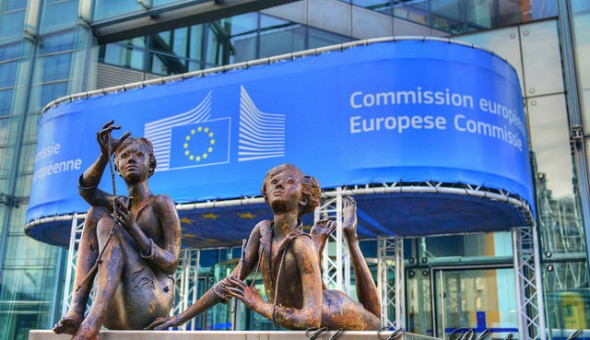 Dec. 12 — The European Union and Canada will on Dec. 13-14 launch a proposal for a new global investment court system for settlements of disputes between states and foreign investors over discriminatory treatment.

The EU wants to include the investment court system (ICS) in the bilateral trade deal being negotiated with the U.S., the Transatlantic Trade and Investment Partnership (TTIP).

The ICS has already been included in the EU’s recent trade agreements with Canada and Vietnam, and the Europeans want to make it a standard feature of all future trade accords.

The aim is to replace all existing investor-state dispute settlement (ISDS) arrangements in current trade agreements with participating countries. There are 3,200 investment treaties in the world, of which the 28 EU countries have 1,400.

“The proposal is not so popular with the multinational companies. They like the current system when they can choose the arbitrators. But for small businesses, this is a better system,” a European Commission source said on Dec. 12.

On Dec. 13-14, the commission and the Canadian government will co-host a first exploratory meeting in Geneva of the new multilateral ICS. More than 200 participants from 42 countries discuss “without prejudice” the setup and running of the system.

Among the countries represented are the U.S., China, Russia, Australia, India, and several other Asian and Latin American countries.

“Countries have expressed different degrees of interest over time. How many do we need to start negotiations and to have it up and running? To be realistic maybe 10, 15 or 20 countries,” a commission source said.

“We don’t expect to start with 150 countries”, the source added.

The co-sponsors hope that more countries will join with time to one day include most of the 164 members of the World Trade Organization.

For the EU’s part, the initiative is part of the 28-country bloc’s counteroffensive against anti-trade campaigners who claim that the current ad hoc ISDS system allows big multinational companies to sue governments for simply regulating in the public interest.

Under the new system, disputes should be settled quicker, cheaper and with more legal consistency, the commission sources said.

“In the current system of arbitration, it takes four years for a first decision. If you go for annulment—more or less an appeal—there are two more years. And much of the time and money is spent on trying to knock out the other side’s arbitrators,” one commission source said.

The court will be permanent with full-time judges and a supporting secretariat. The commission estimated the yearly costs will be $7 million to $10 million. Unlike the current ISDS tribunals, the disputing parties cannot appoint their own arbitrators.

“At the Geneva meeting, we don’t expect governments to say yes or no to the idea. But we expect to get some feel for it,” a commission source said.

The next step will be moving up to the ministerial level. On Jan. 20, EU Trade Commissioner Cecilia Malmstroem and Canada’s Minister for International Trade Chrystia Freeland will host a ministerial breakfast at the World Economic Forum in Davos.

Meetings at expert level and for stakeholders are to follow. The commission’s own best-case scenario for the time horizon is to get authorization from the 28 EU countries in about a year, negotiate a deal in two years and then ratify it within two-three years.

This schedule would mean that the multilateral ICS would come into existence around 2022-2023 at the earliest. It is an open question whether the system would be linked to an existing international organization, such as the WTO, the Organization for Economic Cooperation and Development , or UNCTAD, the United Nations’ trade and development body.

Asked about the U.S. attitude toward the proposal, EU sources declined to speculate about the views of future President Donald Trump’s administration.

“But the U.S. has always been a leader in reform of investor protection,” an EU source said.