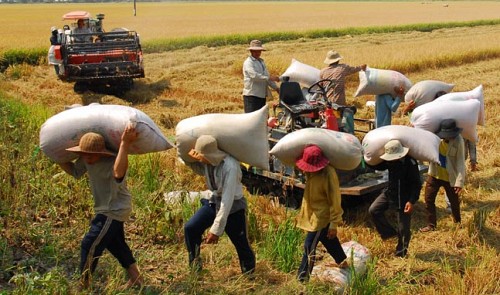 As negations between the European Union and Vietnam regarding the EU-Vietnam Bilateral Free Trade Agreement (EU-V BFTA) are in their final stages, the European association of EU farmers unions and cooperatives (Copa-Cogeca) has expressed concern about the future of the EU rice growing sector.

The EU may import about 76,000 tons of rice, mostly husked and milled, from Vietnam at zero percent duty if the EU-V BFTA goes ahead. The Secretary General of Copa-Cogeca is reportedly sending a document highlighting all the concerns regarding the EU rice sector in the light of increasing duty free imports from Asian countries to the Directorate General (DG) Trade and DG Agriculture.

The Copa-Cogeca official noted that inclusion of Vietnam rice will further deteriorate the EU rice situation as Vietnam FOB prices are the lowest in the South East Asia region and at zero percent duty, they would be even more competitive and may directly compete with European local indica varieties.

He reiterated that the EU’s stance to decouple specific support for rice production since 2012 has put the position of European rice producers in even more vulnerable position. He also noted that continuation of rice production in the delta area of the EU is most important to maintain biodiversity in the region.

The official urged the EU not to grant further duty free TRQ for rice to any other country after the EU-Vietnam FTA. He also stressed on the inclusion of a strict safeguard clause mechanism in the same FTA in order to avoid any future crises in the EU rice sector.