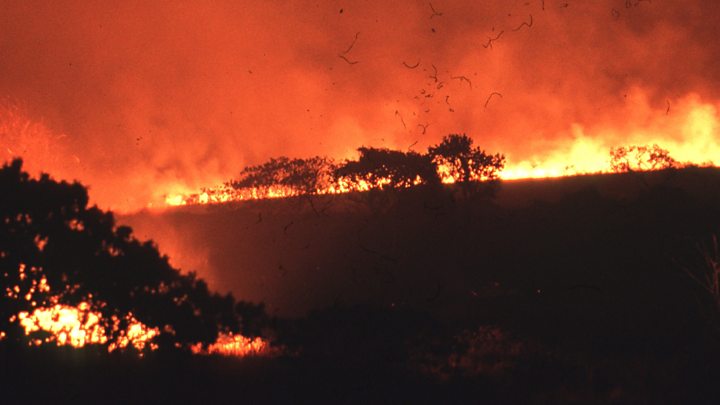 In August, out-of-control fires in the Amazon brought home the connections between the destruction of the rain forest, factory farms producing meat for international markets and global warming. Media attention may have moved on to newer wildfires in California and Australia, but destructive agribusiness practices in the Amazon basin continue. Of immediate concern is a huge trade agreement between the European Union and the Mercosur trade bloc dominated by Brazil that if allowed to go into effect will exacerbate damage to the Amazon region and speed up global climate change. Rather than business as usual, governments need to step up to regulate global agribusiness commensurate with our climate crisis. The EU has a historic and iconic opportunity to assert the primacy of the Paris climate agreement. It can and should choose to keep its promises by rejecting this new trade agreement on climate grounds.

The Amazon is an indispensable natural resource that spreads across nine countries. Every year, the Amazon stores up to a quarter of the carbon dioxide stored in the world’s forests. Scientists worry that further destruction could turn this precious resource into a major contributor of climate change rather than the cooling effect it has today, making it much harder for us to limit global warming.

Governments have known for at least two decades that clearing the Amazon to raise cattle and to grow soy and corn to feed livestock is damaging the climate. The early 2000s saw even larger Amazonian fires than those currently raging in the region due to land clearing for agriculture. Agribusiness has been part of failed voluntary agreements that pledged zero deforestation. In June, Cargill admitted the failure of its 10 year pledge (2010-2020). According to Greenpeace, 50 million hectares of forest (an area the size of Spain) have been destroyed during this period, not counting the current fires. JBS, headquartered in Brazil, is known to violate this and other pledges, including to stop using slave labor. It is known to have “laundered in” cattle from banned areas and recertified them from approved ranches. The rise of JBS from Brazil to the global stage was funded by Brazilian taxpayers.

Of all the coverage on the Amazon fires, few stories have focused in on the corporate juggernaut fueling them. We have failed repeatedly to hold corporations and the governments that abet them accountable. Since Jair Bolsonaro’s election as Brazil’s president, he has been explicit about his intent to exploit the Amazon for corporate interests. Massive violations of human rights and environmental destruction are occurring under his watch. And yet, this summer the outgoing Commissioner of the European Union, Jean-Claude Juncker, celebrated the EU-Mercosur trade deal with Bolsonaro as a message for “open, fair, sustainable” trade. If ratified by the EU and Mercosur national governments and member states, the deal would facilitate significantly increased beef imports from Brazil into the EU and hasten the further destruction of the Amazon. The deal also includes wide-ranging procurement provisions that could require opening up Brazil’s pathbreaking local school food purchasing requirements to global corporations and further undermine small-scale farming.

IATP and GRAIN’s research found that JBS, Cargill and three other meat and dairy companies combined emitted more greenhouse gases in 2016 than Exxon or Shell or BP. Despite their massive contribution to destructive climate change, these corporations are not required to report their emissions or set emissions reduction targets. Yet not only does the EU-Mercosur deal promote the destruction of the Amazon forest, but its sustainability provisions are weak and unenforceable. The text fails to require concrete environmental commitments and lacks compliance and accountability measures.

It is time that 21st century trade policy reflects 21st century emergencies and answers to the climate crisis. The EU’s leadership in rejecting the EU-Mercosur trade deal on climate grounds would set a bar the planet desperately needs. It would send a strong signal to governments and agribusiness that climate accountability must be embedded in future trade rules.

Agribusiness has become too big to fail and therefore, our domestic policies on agriculture concentration need to change in favor of transitioning farmers and workers trapped in a system rigged against them towards agroecological approaches where farmers are paid fairly to rebuild soils, biodiversity and rebuild ecosystems and workers find dignified jobs in vibrant rural communities. There is no room for delay, as thousands of climate scientists confirm. Stopping the EU-Mercosur trade deal would be the first step in the right direction to align our global climate, agriculture and trade policies.