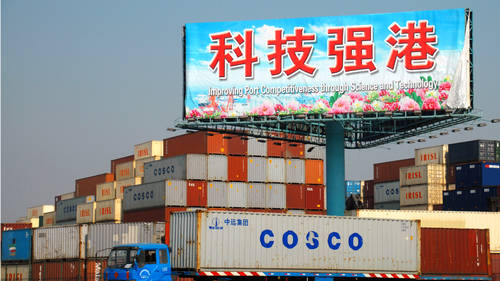 Fifteen EU member states have breached bloc-wide rules in agreeing bilateral commercial deals with China as part of Beijing’s ambitious belt and road initiative (BRI), according to a damning report published by the European Court of Auditors on Thursday (10 September).

Auditors have probed the scope of Chinese investments into the EU, identifying ‘multiple risks’ of both a political and economic nature, while also drawing attention to how member states have been systematically violating EU rules in bypassing the European Commission before tying up trade deals with China.

On a bilateral basis, China has formed 15 agreements with EU member states as part of its Belt and Road Initiative, a landmark development plan involving infrastructure and investments stretching across more than 80 countries in Europe, Asia and Africa.

Such member states that have signed agreements with China include Italy, Greece, Estonia, and Croatia.

After consulting with the European Commission as part of the Court’s review, the ECA found that the EU executive has not been consulted prior to any of the agreements being made, thereby violating a 1974 Council decision that states EU nations must inform the Commission of ‘cooperation agreements’ relating to economic or industrial partnerships with third countries.

Speaking to reporters ahead of the publication, the lead auditor of the report, Annemie Turtelboom noted how the EU should adopt a more unified approach in its dealing with the world’s second-largest economy.

Another frustration of auditors, Turtelboom said, was the deficit of publicly available information and data on Chinese investments into the EU.

“There is no publicly available inventory of official BRI projects, nor is there an inventory on member states contributions to financial institutions involved in the BRI,” she said.

“There is no comprehensive risk analysis, and this leads us towards the question if the EU is driving blind towards China. It certainly appears that we are sailing with no compass, as we found no formalised comprehensive analysis of the risks and opportunities for the EU on China’s investment strategy.”

As a result, the ECA wants to see a substantial increase in transparency with regards to the information made available concerning Chinese investments in Europe.

“Without an accurate picture of the current state of affairs, big problems such as the lack of reciprocity, or the lack of a level playing field between European industries and their Chinese counterparts can not be properly tackled,” Turtelboom said.

Another issue uncovered in the report was the alleged EU funding of Chinese Belt and Road projects on the bloc. The ECA state that in 2017, the Commission allocated €357 million in cohesion funds to cover 85% of the cost of the Pelješac bridge in Croatia.

Authorities in the country then awarded this contract to a Chinese consortium led by the SOE China Road and Bridge Corporation.

“This bridge was financed by EU cohesion funds, yet it is being branded as being part of China’s Belt and Road initiative,” Turtelboom noted.

In addition, the supply of Chinese telecommunications equipment to the European market is also referenced in the report, with member states taking diverging positions with regards to their cooperation with China on 5G.

Countries politically aligned with the United States adopted a hostile approach to working with China on 5G, including the Czech Republic, Latvia, Estonia, Poland, and Romania, while other nations, such as Germany and Belgium have been cautious, but not explicitly hostile.

As part of the Commission’s ‘5G toolbox,’ published in January and had contracted the unanimous backing of all EU member states, the executive outlined a series of non-binding recommendations that include improving security standards.

These included establishing risk profiles of suppliers based on an agreed set of criteria, in addition to adopting a multi-vendor approach.

However, the report also highlighted that “a particular threat stems from cyber offensive initiatives of non-EU countries,” in a veiled reference to Huawei.

The Commission is charting more of a harmonised approach to 5G technology in Europe, in view of current objectives in the field which include the launch of 5G services in all EU member states by the end of 2020 at the latest, as well as a ‘rapid build-up’ that will ensure “uninterrupted 5G coverage in urban areas and along main transport paths by 2025,” as outlined in the 5G Action Plan for Europe.

In a draft copy of European Council conclusions, obtained by EURACTIV, EU leaders are set to agree on the ‘rapid deployment’ of 5G technologies in Europe, before the end of the year, as well as the ‘relevant restrictions’ applied to high-risk vendors.

The European Council summit will take place on 24-25 September, while an EU-China summit is scheduled for Monday (14 September).