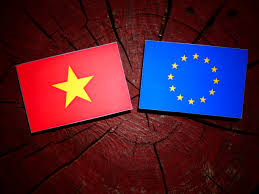 The new EU-Vietnam free trade agreement (FTA) shows the EU will look past human rights violations to push a trade agenda. But as FTAs with ASEAN states don’t offer the EU the same economic benefits, it’s unlikely the bloc will pen more in the near future.

Since the EU-Vietnam Free Trade Agreement (EVFTA) was signed in Hanoi in June, states across Southeast Asia are looking to push forward trade deals of their own with the regional bloc. But as the European Union (EU) holds its trading partners to human and labour rights standards, other ASEAN nations may have to advance domestic reforms before inking any deals.

The Vietnamese government regularly violates civil rights to freedom of association and expression. Small landholders lose their property and livelihoods to government and private development projects. Political dissidents are regularly silenced and punished. The EVFTA gave hope to other actors in the region. It showed that in cases where the EU stands to benefit economically, trade negotiators are willing to overlook political repression and rights issues.

Much of the EU Parliament opposed the EVFTA but the deal was pushed through regardless. The same could easily happen for other ASEAN states with domestic rights struggles and repressive political systems, but only if an agreement offers the EU enough economic benefit to justify bending their standards. But can any states offer the EU such a deal?

The EVFTA came with conditions

The EVFTA wasn’t unconditional: Vietnam promised to implement measures to meet its commitments under the Paris Climate Accords, adhere to International Labour Organisation standards and improve government and financial transparency.

“The trade and investment agreements with Vietnam… promote a rules- and values-based trade policy with strong and clear commitments on sustainable development and human rights,” said President of the European Commission Jean-Claude Juncker.

The agreement doesn’t mean that the EU has abandoned the human rights aspects of its trade policies entirely, just that the bloc has opted to engage with the Vietnamese government to address these issues.

The EU is a major source of trade for ASEAN—second only to China in 2018. But nearly half of that trade is with Singapore and Vietnam alone, both of which have secured FTAs with the bloc. Thailand, Malaysia, Indonesia and the Philippines together account for another 50%, according to EU trade data.

With a large manufacturing sector and similar exports to Vietnam, there are opportunities to expand Thai exports to the EU. But an EU-Thailand deal was taken off the table for five years after the 2014 military coup that brought then-General Prayuth Chan-ocha into power. Following Thailand’s fraught elections earlier this year, which saw Prayuth return to power as an elected Prime Minister, the EU has indicated it is willing to re-open negotiations with Thailand. As the Thai economy expands and the country transitions out of military rule, the shifting balance between domestic rights issues and trade benefits for the EU will make a future deal more likely.

Talks between the Philippines and the EU are still at an impasse over the EU’s objections to President Rodrigo Duterte’s violent drug war. The Philippines appears impervious to external pressure to implement domestic reforms. As such, the EU will likely stick to its values.

In the case of Cambodia, the EU remains committed to upholding respect for human rights as a central pillar of trade negotiations. The EU is moving ahead with plans to revoke the country’s trade privileges under the Everything But Arms (EBA) program, providing a counterpoint to the trade-first, values-second approach visible in the EVFTA. The EU has been using the threat of tariffs to pressure the Cambodian government into ending political repression and domestic rights abuses. As in the Philippines, the effort has largely failed.

The EU is also reportedly considering whether to review Myanmar’s EBA status following the military’s ethnic cleansing campaign against the Rohingya that has been ongoing since 2016. Revoking Myanmar’s trade privileges would cost the EU less than revoking Cambodia’s and could be the most attractive arena for the EU to make a strong public statement against rights abuses.

Laos is also included in the EBA program, but the EU has made no motions to suggest that the country’s suppressive one-party political system might lead to the revocation of trade privileges. A free trade agreement with Laos also offers little economic benefit. Bilateral trade between Laos and the EU amounts to just over US$400 million per year – making Laos the EU’s second-smallest trading partner in ASEAN after Brunei.

Indonesia and Malaysia face an additional barrier to free trade as the EU moves away from palm oil.

Though an EU-Indonesia trade deal could bring massive benefits to business interests on both sides, the EU has announced plans to raise tariffs on biodiesel palm oil imported from Indonesia over concerns about deforestation caused by intensive palm cultivation. The EU has committed to eliminating palm oil from biofuels by 2020. Between them, Indonesia and Malaysia produce 85% of the world’s palm oil.

Indonesian President Joko Widodo and Malaysian Prime Minister Mahathir Mohamed are pushing back against what some label “discrimination against palm oil.” Widodo has announced plans for an equivalent counter tariff on EU dairy imports that may begin as early as September.

It’s unlikely Widodo would be interested in FTA talks unless the EU adjusted its stance against palm oil. Indonesia’s palm oil sector provides livelihoods to over 16 million farmers and workers.

The EU and its trading partners could support Indonesia’s transition away from palm oil by focusing on locally-driven sustainable development—but this piece has so far been missing from the EU’s strategy to integrate environmental standards into its trade agenda.

As the EU moves to increase economic ties in ASEAN, the EVFTA has demonstrated that the EU leadership is willing to be flexible on human rights conditions for trade deals. But this trade-first, direct engagement strategy depends on the economic benefits that a free trade agreement offers the EU.

The EVFTA set a precedent for new trade deals and shows that EU standards have shifted. But similar trade privileges are still out of reach for most ASEAN states without serious reform or economic restructuring.