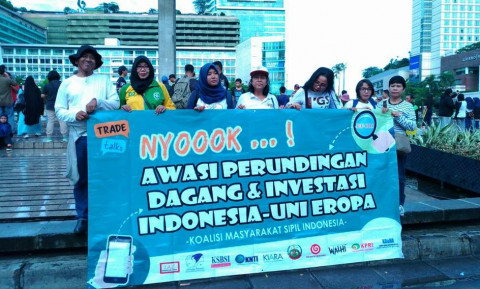 EU vs. Indonesia: Is it really a trade war? By Ashutosh Pandey

The European Union has slapped countervailing tariffs on imports of subsidized biodiesel from Indonesia. The southeast Asian country has threatened to retaliate but experts say counter tariffs could be self-destructive.

As the United States and China engage in a bitter trade dispute casting a dark shadow over the global economy, another trade spat is threatening to escalate between the European Union and Indonesia.

The EU has imposed countervailing duties of 8% to 18% on biodiesel from Indonesia — the world’s largest producer of palm oil — to counter alleged government subsidies enjoyed by the producers in the country. Jakarta has vowed to retaliate with counter tariffs of 20% to 25 % on EU dairy products.

The tariffs are likely to further escalate an ongoing feud over palm oil between the two trading partners. Earlier this year, the EU rankled Jakarta after its executive body said the bloc would phase out palm oil from transportation fuel by 2030 aspalm oil cultivation, with some exceptions, caused deforestation.

"Escalating tariffs in a larger ’trade war’ will hurt the Indonesian economy more than that of the EU members in the long run," Jarryd de Haan, a research analyst at Australia-based strategic research institute Future Directions International, told DW. "So, it’s unlikely that the Indonesian government would engage in tit-for-tat tariffs if there is a significant risk of an escalating trade dispute."

Nearly 10% of Indonesian goods are shipped to EU countries compared with less than 1% of EU goods that reach the southeast Asian country, putting it in a disadvantageous position if the dispute were to escalate.

But if Indonesia does indeed go ahead with retaliatory tariffs, it may undermine ongoing free trade negotiations being held by both sides, de Haan said.

The EU tariffs follow an anti-subsidy investigation against Indonesian biodiesel producers launched in December following a complaint by the European industry.

The investigation showed that Indonesian biodiesel producers benefit from grants, tax benefits and access to raw materials below market prices, the European Commission said in a statement earlier this week.

The new tariffs have been imposed on a provisional basis as the investigation continues. A decision on definitive duties is due by mid-December 2019.

The EU biodiesel market is worth an estimated €9 billion ($10 billion) a year, with imports from Indonesia worth about €400 million. 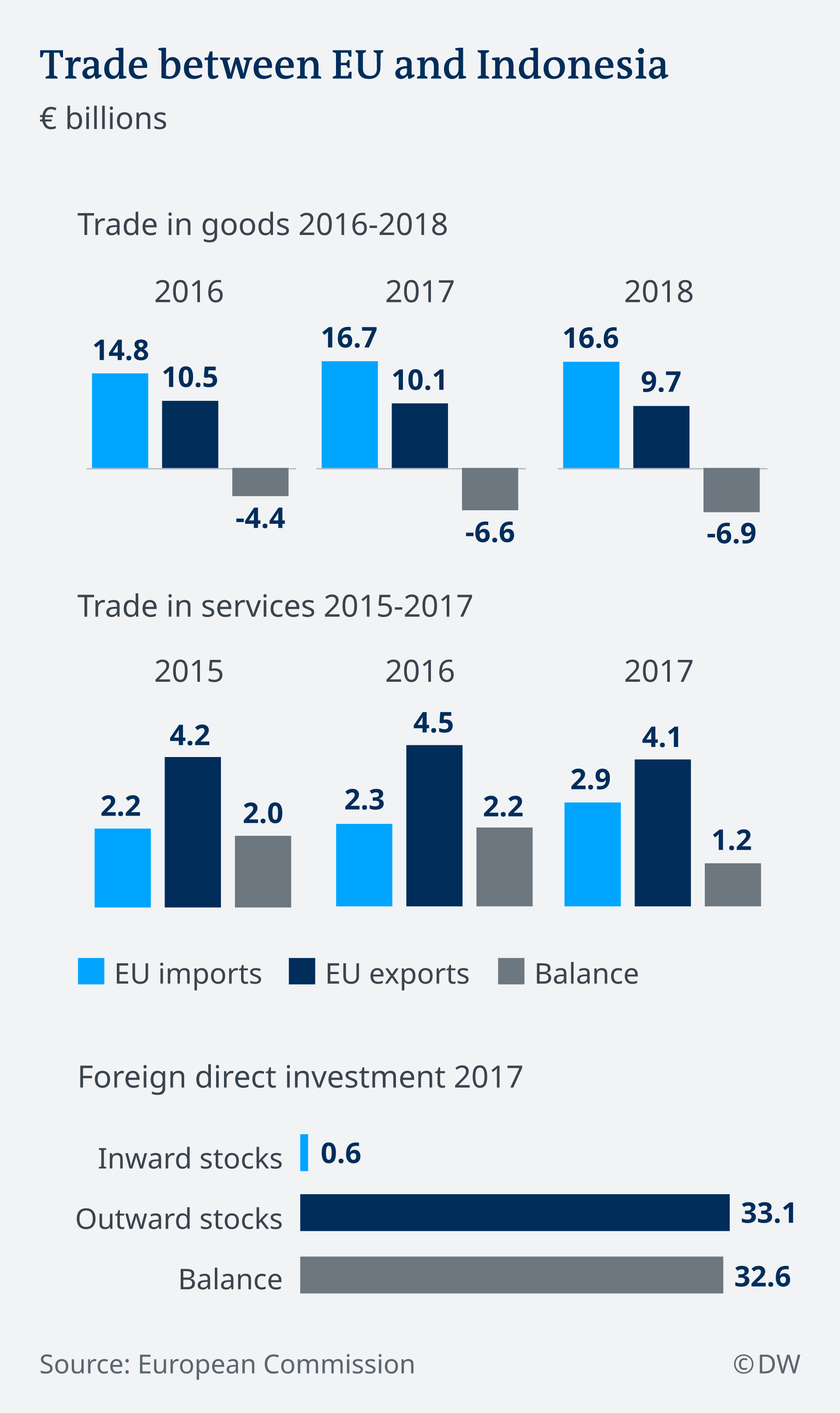 Indonesia’s retaliatory tariffs on EU dairy goods may not be a significant blow for the 28-nation bloc, considering the southeast Asian country imports just $220 million of dairy products from its members.

But the EU’s clampdown on palm oil imports in general would deal a major blow to Indonesia, which along with neighboring Malaysia, accounts for 85% of the global supply of the vegetable oil.

Palm oil is among Indonesia’s biggest exports. The vegetable oil accounted for nearly 10% of the goods shipped in 2017, with EU countries being among the top destinations. The bloc uses nearly half of its total palm oil imports for biodiesel and another 15% to generate heat and power.

The European Commission says it’s not proposing a blanket ban on palm oil in biofuels but it’s only acting against those producers who wereconverting more and more forests into agricultural land to produce biofuels and therefore releasing more CO2 into the atmosphere.

Jakarta says they are complying with sustainability norms and have imposed a moratorium on new palm oil plantations to protect its forests. It warns that the proposed EU ban would kill the livelihoods of millions of small farmers.

Both Indonesia and Malaysia have reacted strongly to the EU’s move, issuing a series of threats, including boycotting EU goods and spurning European aircraft manufactures from any future jet deals.

Jakarta has even threatened to pull out of the Paris Climate Agreement and bring a World Trade Organization challenge over the commission’s plan, which Jakarta says breaches global trade rules. It is yet to act upon any of those threats.

"The Indonesian government does have a history of pushing through reactionary policies before reverting to a more moderate later," de Haan said. "So, it is possible that Indonesia will react strongly to the palm oil tariffs, but it is unlikely to have major long-term ramifications for the broader trade relationship."

De Haan cautions against calling the dispute a trade war as is being widely reported.

"I don’t think it can be called a trade war given how little is at stake for the EU," he said. "Especially at this stage, Indonesia has only threatened to implement tariffs on a relatively minor import and is yet to take action."

The Indonesian government is already looking at increasing domestic palm oil consumption and boosting exports to countries such as China and Russia.

Indonesian President Joko Widodo wants biodiesel with a higher percentage of palm oil to be in use starting next year to boost demand for the vegetable oil, which has been hit by restrictions in Europe and import duties slapped by top importer India.

"The US, Russia, Japan and Egypt are also major palm oil importers who have increased their intake in the past five years despite a global decline," de Haan said.

"Indonesia will likely be looking towards those economies with a more lenient stance on palm oil."