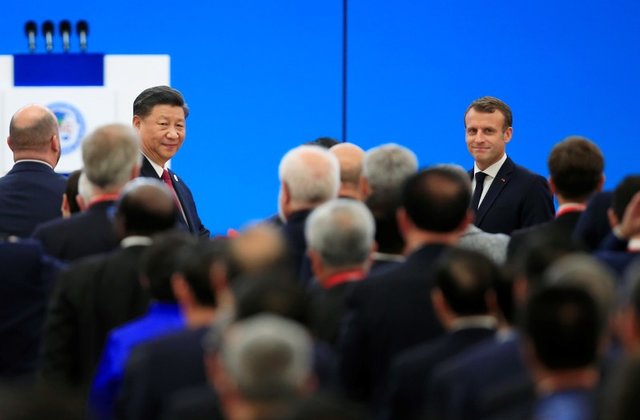 China’s all-consuming focus on sealing a US trade deal forced its top trade negotiator to cancel a trip to Brussels, raising the risk of Europe being pushed “off a cliff”, according to the head of a leading European business group in Beijing.

Joerg Wuttke, president of the European Union Chamber of Commerce in China, said on Tuesday that concerns were mounting among European businesses and leaders over the lack of progress on an investment treaty between Beijing and Brussels, which had already taken seven years of talks.

“My observation is that there’s such intensity between China and the US that Europe fell off the cliff and is not seen on the radar of Beijing any more,” Wuttke said during a forum hosted by the Centre for China and Globalisation, a Beijing-based think tank.

“China seems to be totally absorbed by the US, cancelling meetings with Europe all the time. So we’re lacking a little bit off face-to-face engagement between them,” he said on the forum’s sidelines, adding that one of those cancelled meetings was Chinese Vice-Premier Liu He’s planned trip to Brussels to meet European leaders in September.

Wuttke said that while European businesses were encouraged by the progress made in the US-China trade negotiations, they were also worried that a deal could be struck at the expense of European interests.

“What we don’t like is if they make a fixed deal about certain amounts of products and services, and that will not be subject to an open bidding process ... because it might exclude European business or other countries,” he said.

Hogan is in Beijing to finalise a deal on “geographical indication” to protect regional food names of European products such as French Cognac, Bordeaux wine and Comté cheese.

Macron told POLITICO and Reuters on Monday that the agreement would be signed “in two days”.

The agreement is set to anger US agriculture producers who say the EU is boxing them out of their main growing markets, as its system of geographical indications builds an increasingly strong foothold worldwide.

The agreement means that a cheese, for example, can only be labelled and sold as “Roquefort” in China if it was made in the French commune of Roquefort-sur-Soulzon. American blue cheese producers would have to find a different – lesser-known – name for their product.

Wuttke described the deal as “a small but important step” and said he hoped it could add momentum to reach a wider EU-China Comprehensive Agreement on Investment by the end of next year.

He said progress had stalled over “a lack of flexibility and political courage in China to move forward and permit European business to do in China what Chinese business can do in Europe”.

“We’ve heard so many good words about China opening up and so forth. But we have seen only little progress, a little bit more recently than before,” Wuttke said.