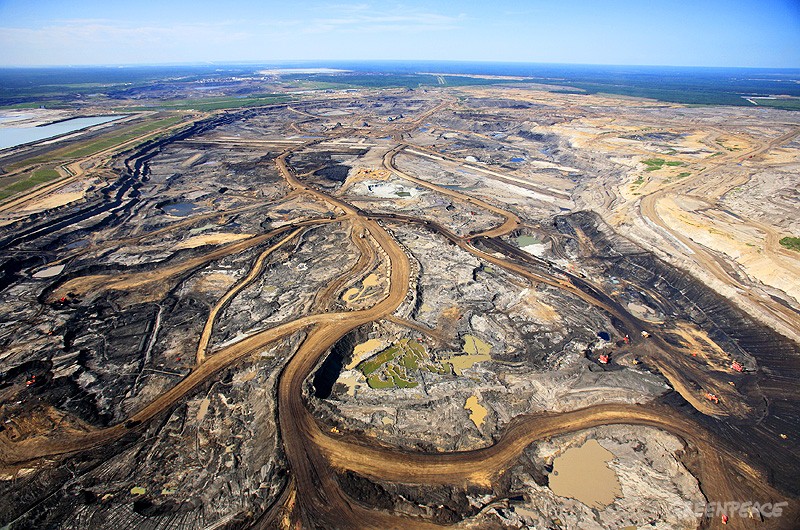 European lawmakers today voted to approve a controversial Canada-EU trade deal called CETA in a move that could increase tar sands imports into the EU.

The European Parliament vote was passed 408 to 254 following a heated debate in Strasbourg, as protests went on outside.

Some MEPs highlighted the economic benefits the major trade deal would bring to Member States, while those critical of the deal said it would compromise democracy for corporate interests and lower environmental standards.

The EU Parliament ushered through the deal after a vote by European Commissioners to accept it on 12 January.

Today’s vote is one of the final hurdles to agreeing the trade deal, but it still needs to be ratified by Member States.

The deal isn’t yet secure, according to Mark Dearn, senior trade campaigner at War on Want, which campaigns on global inequality: “CETA has been passed by the European Parliament today, but its future remains far from certain due to legal hurdles it still faces and entrenched opposition in countries which are yet to vote on the deal.

“As a key EU committee has ruled, CETA will worsen inequality and increase social tensions across the continent. Its secret negotiation process was used to bring tar sands oil into Europe for the first time. Worse still, CETA’s ’corporate court’ process destroys equality before the law and will give big business new powers to sue our government.”

The CETA negotiations have already had an impact on the EU receiving oil from tar sands for the first time a few years ago.

The negotiations progressed because of the key clauses in European climate legislation were dropped that would have prevented tar sands oil entering Europe, according to War on Want.

NASA scientist James Hansen has said large scale exploitation of the Canadian tar sands signifies “game over for the climate”.

Meanwhile Green MEPs from the UK have warned that Brexit Britain will not free the UK from toxic trade deals. This is because the UK government sees CETA as a model for devising post-Brexit UK bilateral trade deals.

Keith Taylor, Green MEP for the South East and a member of the European Parliament’s Environment committee, said: “CETA is a bad deal for the people of Britain, Europe, and even Canada, but a great deal for multinational corporations keen to escape the democratic oversight of national parliaments. It is little wonder that it is citizens across Europe and in North America that are the loudest and more determined opponents of this toxic trade deal.”

Taylor continued: “Canada has a long track record of taking legal action against European countries’ environmental laws and is fundamentally opposed to high chemical and pesticide safety legislation. Canada is also home to more than half of the world’s mining companies and pursues an active policy of exporting fuels derived from highly polluting tar sands.

“In that context, it is extremely worrying that CETA’s ’commitments’ on environmental standards remain unenforceable. Greens will continue to oppose any agreements that lock us into fossil fuel dependence and damage our climate goals.”