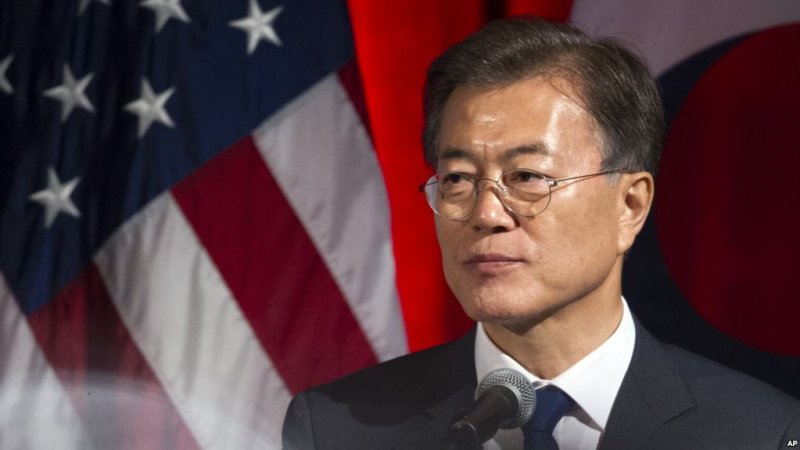 Following summit, S. Korea and US to form consultation group on KORUS FTA

US apparently will want the group to revise KORUS FTA while South Korea seeking analysis of the agreement‘s impact.

The next step after the South Korea-US summit will be forming a bilateral consultation group to discuss whether to renegotiate the South Korea-US Free Trade Agreement (KORUS FTA). The questions now are the composure of this group and the timing of its formation. The US wants the consultation group to revise the KORUS FTA while South Korea wants it to analyze and assess the KORUS FTA’s impact, suggesting that the two sides will be waging an intense battle of nerves from the very outset.

“Since we have a counterpart to consider here, for now I can’t offer a definitive answer about when, where, or what form this consultation group will take,” said a senior official from South Korea’s Ministry of Trade, Industry and Energy on July 3. “There hasn’t been any official discussion in our two countries’ working-level channels since the end of the summit.” The Ministry’s American counterpart is the Office of the United States Trade Representative (USTR).

On July 2, White House Principal Deputy Press Secretary Sarah Sanders said that US Trade Representative Robert Lighthizer would be organizing a meeting of a “special joint committee” in order to begin the process of renegotiating and revising the agreement. The US is likely to view the purpose of the consultation body as being to renegotiate and revise the KORUS FTA.

On the other hand, Seoul has declared the role of this consultation body to be “investigating, analyzing and assessing how the KORUS FTA has impacted our two countries over the past five years,” as President Moon Jae-in said to a meeting of South Korean correspondents in Washington DC on July 1. This means that renegotiating the KORUS FTA is not a foregone conclusion. The two countries also appear to be in disagreement about the format of the consultation body. In place of the “special joint committee” mentioned by the US, Moon has offered the counterproposal of a “working-level task force.”

There already exists an official channel for the US and South Korea to discuss items of interest related to the KORUS FTA: the high-level South Korea-US FTA Joint Committee. The fourth meeting of the joint committee was held in Seoul in January of this year. This committee is composed of implementation committees in several areas, including an automotive working group. The US apparently intends to create a special joint committee that is separate from the existing joint committee to go beyond reviewing implementation and to discuss renegotiating the agreement.

The position of South Korea’s trade officials is to postpone the question of whether to renegotiate the agreement and to start by analyzing the KORUS FTA‘s impact. Their position is based on the view that working-level trade officials in the US view renegotiation as being unconfirmed and subject to change, despite Trump’s repeated comments on the subject. This implies that if the working-level task force can provide objective evidence that the KORUS FTA is “mutually beneficial” to both countries, it might be possible to avoid renegotiating it.

“The fact is that President Trump‘s remarks about the KORUS FTA have been off the cuff and have contradicted the views of working-level officials in the US Department of Commerce and the Office of the United States Trade Representative,” said a senior official from the Ministry of Trade, Industry and Energy. Inquiries made to American trade officials have met the response that “the factors causing the trade deficit and methods for improvement will be largely dealt with by a market approach,” and there have been virtually no direct references to renegotiating or revising the KORUS FTA, the Ministry explained.

South Korea and the US are not expected to start discussing the formation of the joint consultation body until after the US trade deficit report is released at the end of this month. The US Commerce Department submitted a trade deficit report covering 16 countries, including South Korea, to the White House on June 29, but the earliest the report is likely to be released is the end of the month, following an internal review and revisions by the White House. The White House is likely to mention the KORUS FTA in the report and to propose renegotiating the agreement as a way of dealing with the trade deficit.