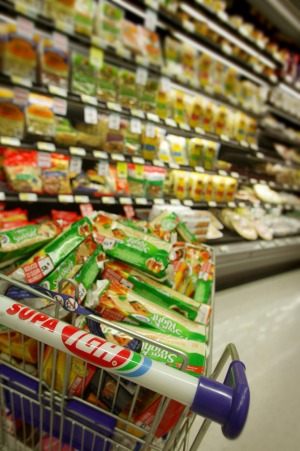 Metcash is the latest on a growing list of Australian businesses, including Blackmores, Bellamy’s and Australia Post, to seize the opportunity to sell to China, where an expanding middle class increasingly seeks out Western-made products.

Australia’s largest food and liquor wholesaler is looking to Chinese middle-class shoppers to boost its fortunes, setting up space in one of China’s largest online shopping malls as part of a broader push into a huge market that is increasingly infatuated with Australia brands and produce.

Having struck a deal with e-commerce global giant Alibaba, owner of Tmall Global, the company has established an office in Shanghai and entered into third-party logistic arrangements with Chinese providers.

“With access to more brands and more producers than any other operator, Metcash is well placed to … deliver the very best of Australia’s grocery industry ­directly to Chinese homes.”

The moves comes as Metcash — which lost $384 million last year — tries to boost its competitiveness against Coles and Woolworths as well as aggressive discount chains Aldi and Costco. The online store, which went live last week after months of planning, gives the company access to more than 255 million registered shoppers.

The company’s entry into China was scheduled to be unveiled later this week in an announcement with Alibaba, but with The Australian revealing the move today, Metcash is expected to inform the ASX this morning.

Alibaba’s Tmall Global general manger, Alvin Liu, said the group was excited to partner with Metcash in order to bring Australian goods directly to Chinese consumers: “Overseas merchants can easily import and sell their goods through our innovative cross-border business model to hundreds of millions of Chinese online consumers, who are looking for trusted and reliable products from around the world.”

Metcash is the latest on a growing list of Australian businesses, including Blackmores, Bellamy’s and Australia Post, to seize the opportunity to sell to China, where an expanding middle class increasingly seeks out Western-made products.

According to Austrade, about 39 per cent of Chinese shoppers report buying goods from Australia, while the country’s cross-border commerce market is tipped to swell to RMB 1 trillion by 2018.

Austrade’s Shanghai-based trade commissioner Brent Moore said Chinese buyer inquires, particularly in the food and beverage categories, had been very strong in anticipation of the China-Australia free-trade agreement. “This is the type of deal that enhances the Australian brand ... while making our products even more attractive to buyers,” he said.

Established in 2014, the Tmall Global site enables foreign companies to sell online without having to register a physical business on the Chinese mainland. Goods are sent to bonded warehouses in designated free-trade zones, ­allowing suppliers to avoid significant taxes.

The Metcash push, however, is taking place on a scale not seen before by an Australian business and comes as it struggles against unprecedented competition in the local grocery market. It has employed social media marketers to infiltrate China’s prominent networking and chat sites WeChat and Weibo to help build awareness, and its Tmall Global store has been designed to educate shoppers about the company, stressing its Australian origins.

Ironically, when Metcash set up its China office six months ago, its aim was to source more products rather than supply.