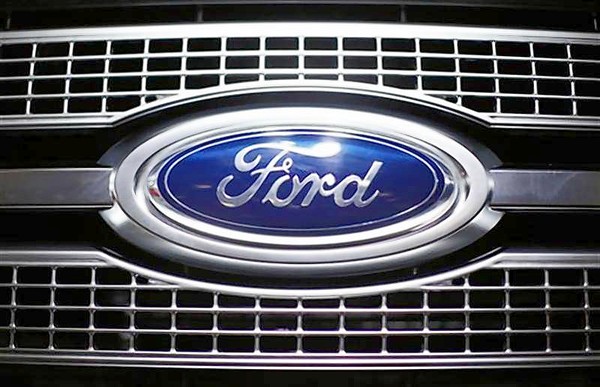 WASHINGTON (Reuters) — Japan should be required to reduce the size of its auto industry before being allowed into regional free trade talks with the United States and eight other countries in the Asia Pacific, a top Ford Motor Co official said.

"Any way you look at the Japanese market, it’s the most protected automotive market in the developed world," Steve Biegun, Ford’s vice president for international government affairs, said in an interview.

Ford strongly supports the proposed Trans-Pacific Partnership (TPP) pact but wants to make sure only "the right members are in this agreement, and it’s a good quality free trade agreement," Biegun said.

"This is an industry that is hugely overweight in Japan and can only survive on the back of enormous exports unless it restructures," Biegun said.

Ford’s strong objection to allowing Japan into the negotiation shows the high stakes for Obama. The president is expected to face a tough challenge from presumptive Republican presidential nominee Mitt Romney in Michigan and Ohio, two U.S. auto-producing states that could be decisive in the November election outcome.

Last year, Japan made about 9.3 million cars and trucks. It exported about 4.6 million, including 1.5 million to the United States, according to the Japanese Automobile Manufacturers Association (JAMA) website.

The United States has just a 2.5 percent tariff on cars, making it one of the most open markets in the world. Keeping that tariff is crucial to maintaining the profitability of small-car production in the United States, Biegun said.

Japan’s car tariff is even lower at zero percent. But Ford contends the Japanese government maintains a number of regulatory and other "non-tariff barriers" to keep out most foreign cars and also intervenes heavily in currency markets to help its auto companies export cars.

William Duncan, director of the Japanese Automobile Manufacturers Association’s office in Washington, called Biegun’s arguments "rather bizarre" since almost 70 percent of the cars that Japanese automakers sell in the United States are produced locally.

"The Japanese have reduced production in Japan quite sharply over the last 10 or 20 years and increased their production overseas," Duncan said. "Is he saying that no country should produce more cars ... than they can consume? Is that the new rule? It doesn’t make any sense."

Biegun’s complaint about Japanese currency intervention also "doesn’t wash because the yen is at a record high," he said.

Ford and other U.S. automakers offer few specifics when they complain about systemic barriers to Japan’s auto markets, Duncan said. The Japanese automobile industry "is open to discussing issues if they’re there. But Ford just says, ’Oh, it’s closed and it needs to be restructured,’" Duncan said.

Canada and Mexico also asked to be invited into the TPP negotiations in November along with Japan.

U.S. officials have not indicated when there will be decisions on any of the three applicants. They say they will be made in consultation with other current TPP members, which include Australia, New Zealand, Chile, Peru, Singapore, Malaysia, Vietnam and Brunei.

The nine countries are holding their 12th round of negotiations beginning next week in Dallas and have a goal of reaching agreement by the end of the year.

Ford supports Canada and Mexico’s entry into the negotiations because "they are free traders," Biegun said.