Forum shopping in the execution of ICSID awards: is it time to revive the UN convention on state immunity? 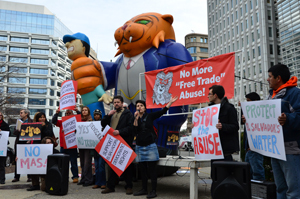 Favorable ICSID awards are undoubtedly a valuable commodity. By virtue of the ICSID Convention, which features 153 Contracting States, such awards are automatically enforceable in nearly 80% of countries around the world. But enforcement of an award is only half of the equation; award holders must also navigate the separate, but equally important, task of executing the award. And, while the ICSID Convention itself paves the road to enforcement through Article 54’s establishment of a “system of automatic enforceability of awards,” since ICSID awards are not subject to judicial review, there is no uniform binding law on the execution of such awards.

Cue the United Nations Convention on Jurisdictional Immunities of States and Their Property (the “UNCSI”). As its name suggests, the UNCSI’s aim is to “enhance the rule of law and legal certainty, particularly in dealings of States with natural or juridical persons, and … contribute to the codification and development of international law and the harmonization of practice in [the law on state immunity].” Yet, more than a decade after its drafting, the UNCSI has yet to enter into force. Per its terms, the UNCSI requires at least 30 States Parties for entry into force, but there are only 21 as of the date of this article.

Absent uniform rules on execution such as those contemplated in the UNCSI, thorny issues of sovereign immunity can arise. As such, from the award-holder’s perspective, the difference in national laws on state immunity is becoming an essential criterion in deciding the optimal forum in which to seek enforcement of an award. But, at a basic level, this sort of forum-shopping appears to frustrate the ICSID Convention’s ostensible objective of creating a simple and effective mechanism for the recognition and enforcement of arbitral awards.

The ICSID Convention departed in fundamental ways from the New York Convention’s recognition and enforcement procedure; it established an automatic and self-contained system with no judicial review. Indeed, Article 54 of the ICSID Convention requires each Contracting State to recognize and enforce the pecuniary obligations in an ICSID award “as if it were a final judgement of a court in that State.”

While Article 54 establishes a system of self-executing awards, Articles 54(3) and 55 introduce a critical carve-out: the sovereign immunity laws of the state where enforcement of an ICSID award is sought affirmatively apply. Thus, despite the fact that State Parties to the ICSID Convention have waived immunity from jurisdiction under Article 54, they have retained their immunity from execution as a matter of domestic (i.e., national) law.

Notably, the immunity carve-out was drafted at a time when immunity laws were for the most part fairly uniform. In fact, there were few, if any, exceptions to immunity from forced execution (the so-called “absolutist approach”), and the belief was that actual enforcement measures against foreign states would not be possible. The situation is different at this juncture. The law on state immunity is highly fragmented due to the fact that it is governed by different national laws, which provide diverse scopes of immunity and, therefore, afford different levels of protection to states’ assets.

Court decisions are also divided on the so-called “commerciality exception,” which consists in allowing state assets to be subject to execution when such assets are employed for commercial purposes. This approach, known as the “restrictive approach,” is not accepted uniformly, and even where it is, its scope varies tremendously. For instance, Hong Kong courts do not accept the commerciality exception to immunity. (See, e.g., DRC v. FG Hemisphere (2011)). The same is true for countries such as Brazil, Ecuador, Venezuela, Poland, and Japan; all of these states adhere to the absolutist approach to state immunity. Conversely, other national courts have adopted the restrictive approach, accepting the commercial purpose of states’ assets as an exception. A demonstrative example is the Russian Federation v. Franz J. Sedelmayer decision (2011), where the Swedish Supreme Court not only accepted the commerciality exception, but also placed the burden on the state to prove that the property against which enforcement was sought was used for “official purposes” only. The very same year the French Supreme Court ruled exactly the opposite in NML (2011), which also follows the restrictive approach. The French court held that embassy bank accounts enjoy a presumption of public utility, shifting the burden of proof in favor of the states’ debtors.

As outlined briefly above, some of the decisions are investor-friendly, whilst others are far more protective of the states’ assets subject to execution. The decisions vary depending on the jurisdiction and, therefore, the national law on state immunity applicable to a particular case. This divergence creates the perverse incentive of forum-shopping, thereby undermining the automatic and independent enforcement system at the heart of the ICSID Convention.

The problem could be solved by reviving seemingly-defunct efforts to provide uniformity and clarity to immunity laws. One such approach is that of the UNCSI, the 2004 initiative that provides specific guidance on the issues of commercial activities, arbitration requirements and scope of immunity. The UNCSI, which adopts the restrictive approach, establishes the commercial exception in Article 19 thereof. Additionally, it has a separate provision that addresses specific categories of property that are protected from execution explicitly, such as the bank accounts of diplomatic missions and property of the respective central banks or other monetary authorities of the states (See Article 21(1)(a)(b)). On the waiver of immunity issue, the UNCSI in its Articles 17-19 provides both that a waiver of jurisdictional immunity does not constitute a waiver of immunity from enforcement, and that any such waiver must be express. Notably, the UNCSI does not contain a specificity requirement.

The entry into force of the UNCSI could be a positive development for states. First, this treaty would begin to address many of the issues that remain fragmented and governed by different national laws in a way that seems favorable for sovereign debtors (even though it is also favorable for sovereign creditors). Second, sovereign states would have greater control and certainty over the rules that will govern potential seizures of their assets; they would no longer have to rely on third states’ national rules, however unusual or investor-friendly such rules may be. Finally, as noted above, the forum-shopping created by the fragmentation of the law on state immunity could force states to shift their assets from one state to another, thereby imposing significant transaction costs of the kind that a uniform system may help to avoid.

In the past year, five countries (Czech Republic, Iraq, Liechtenstein, Mexico, and Slovakia) have ratified or acceded to the UNCSI, bringing the total of Contracting States to twenty one. Entry into force will therefore require nine additional ratifications. One of the states considering UNCSI is the United Kingdom— one of the most important commercial centers of the world and, consequently, one of the financial hubs where assets of foreign states are most often located.

With regard to the issue of differences in national law on state immunity, Professor Christoph Schreuer notes, “[i]t would be a pity if the law of state immunity were to fall apart and become a matter of comparative law rather than international law.” The UNCSI may not be a perfect solution to the enforcement of ICSID awards. Indeed, even if it were to enter into force in the near future, differences could still arise through idiosyncratic interpretations that are likely to take place in different jurisdictions. However, it would be a step in the right direction. The fragmentation of state immunity rules not only undermines the spirit of the ICSID Convention but could also harms states’ and investors’ interests.