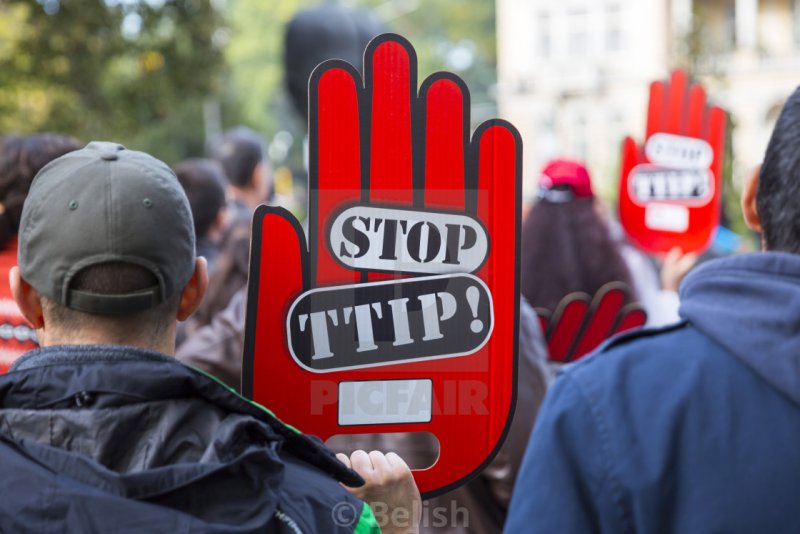 (AFP) - France is blocking the launch of trade talks with the US exasperating its EU partners who fear a restart to a trade war with President Donald Trump, diplomats said Friday.

"The French are blocking, but they are isolated," a European source told AFP after a Friday meeting of envoys from member states ended without an agreement.

The envoys are struggling to decide a mandate to launch the transatlantic negotiations given the opposition of Paris that fears domestic blowback just months ahead of European elections, set for May 22 to 26.

Berlin however strongly wants the deal in order to placate Trump and avoid US auto tariffs that would punish Germany’s cherished exports, a prospect Chancellor Angela Merkel has labelled "frightening".

Pursuing a limited trade deal was the central part of a truce agreed in July when Trump and European Commission President Jean-Claude Juncker pledged no new tariffs following those on steel and aluminium.

"France is really testing the patience of the other member states to the limit," an EU diplomat said, on condition of anonymity.

"It’s quite daring to block something that everyone else wants," the diplomat added. Talks were set to resume on Wednesday.

At Friday’s meeting, French diplomats called for more time to discuss differences while the Germans argued that "waiting weakens the negotiating ability of Europeans", the source said.

As a condition French President Emmanuel Macron last week demanded a clear signal that TTIP is obsolete, though some member states would like the option to revive those talks to survive.

But diplomats added that Macron had stepped back from calling for Washington’s adherence to the Paris climate accord, which Trump pulled out of in 2017.