France will drive the FTA with Mercosur but will protect agriculture 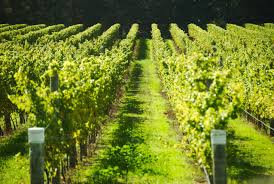 Translated by Anoosha Boralessa (March 2016). Not reviewed by bilaterals.org or any other organization or person.

The French President, François Hollande, showed that he was politically in sync with the presidents of Uruguay, Tabaré Vázquez, and Argentina, Mauricio Macri, and opened dialogue on the Free Trade Treaty (FTA) that Mercosur and the European Union are negotiating. Yet in his visit to the region, the French Head of State emphasized that his government "will keep a close eye" on the treaty sections dealing with the agricultural sector. The issue is a key point in the negotiations since France maintains protectionist agricultural policies while at the same time, agriculture is a principal category of exports for South American countries.

"Uruguay chairs Mercosur; offers and proposals are going to be opened to initiate negotiations between the two blocs. We want to lend our support and demonstrate our willingness to negotiate but also to indicate that we will monitor agriculture and the audio-visual sector".

So declared Holland last night, in a joint declaration with Vázquez, after an hour-long meeting in the presidential residence of Suárez.

Although French authorities deny that their agricultural policies are protectionist, Hollande sent out a clear signal [to the contrary] yesterday. Furthermore, this was what the Chancellor, Rodolfo Nin Novoa opined on Monday in a press conference prior to the Council of Ministers, held in Piedras Coloradas, in Paysandú, and what the Argentine Vice-president, Gabriela Michetti said after meeting with her Uruguayan Counterpart, Raúl Sendic. Nin Novoa identified Ireland and Poland as being the other European countries with protectionist policies.

In that context, the meetings that Hollande had yesterday with Vázquez and his meeting on Wednesday and Thursday with the Argentine president, were held to be key to opening negotiation on an agreement once blocked but revived in recent years.

The Uruguayan president said in a declaration (where questions from journalists were not allowed), that he stood beside Hollande and was in "complete agreement" in "going forward with the detail of the free trade treaty".

Yesterday, Vázquez also met with the Argentine Vice President, Gabriela Michetti, to speak on the FTA with the European bloc.

"We have discussed continuing as the motors driving forward this initiative, that appears to have been revitalized after Argentina was willing to actually go forward with the idea of a EU-Mercosur agreement and to work fearlessly on it", said President Macri.

The Uruguayan Government has expectations following the change of government given that they received an undertaking from the Macri government to improve the offer that his predecessor Cristina Fernández de Kirchner made.

"We are working intensely because the Mercosur offer is not a good one. This has to be said, because it has 58% of the basket of goods with a tax exemption for 15 years, and that was the position of the previous Argentine government. But Europe knows that there has been a change of government in Argentina and we are going to improve this offer", said Nin Novoa on Monday.

In the full list of products, among those exempt as soon as the agreement is signed and progress is made, in October Mercosur presented a list that includes 87% of its market.

The European bloc considered this insufficient and claims to negotiate above 90%. On Monday, Vázquez said that Mercosur’s new offer is on average 93%.