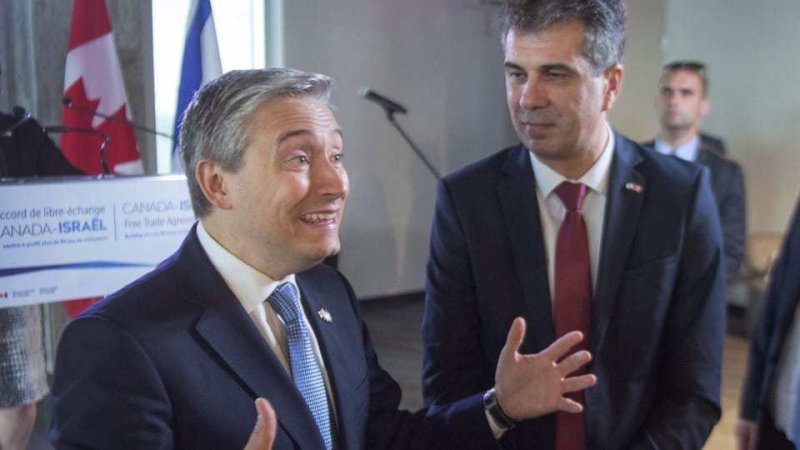 Free trade accord signed with Canada

Israel said that the amount of Israeli-Canadian trade has doubled in value since 1997, when the existing free trade agreement was signed. In 2013, trade between the two countries exceeded $1 billion.

Israeli hummus, among other items to be sold in Canada, will enjoy tax-free status when less than 400 tons are sold.

This is the third free trade agreement signed this year by the Israeli government, after agreements with Panama and Ukraine.