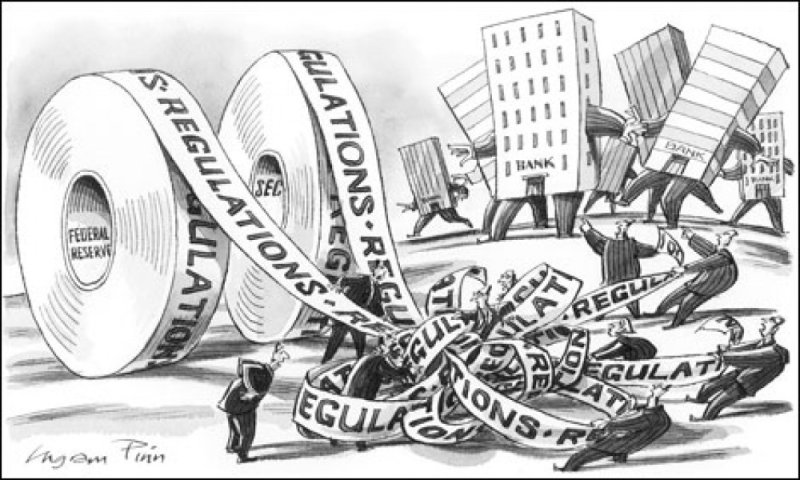 Negotiations on some important bilateral and multilateral treaties to further liberalise trade and investment are moving forward, most importantly the planned bilateral EU-US trade and investment agreement (called the Transatlantic Trade and Investment Partnership or TTIP) and the planned multilateral Trade in Services Agreement (TiSA). As already explained in the December 2012 Newsletter, financial services is one of the key areas addressed in the negotiations. Issues relating to financial services are major stumbling blocs in the lingering negotiations between the EU and Canada, and the EU and India.

EU-US trade agreement (TTIP): will it bust financial regulation?
After protests from France against liberalisation of cultural services, EU-US conflicts about financial regulation and data monitoring by the US’ National Security Agency (NSA) of EU institutions, the European Commission was given a mandate (by the Council) to start the trade negotiations with the US in July 2013. The European Parliament has no power to decide on the negotiation mandate but on 23 May 2013 overwhelmingly approved a resolution in favour (a majority of 460 yes-votes against 105 no-votes, and 28 abstentions), ignoring amendments e.g. regarding transparency.

‘Financial services’ is a key area of interest for EU negotiators as the EU financial industry aggressively lobbies for more open markets in other countries. The US financial sector has also already been very active in raising its demands towards the EU. Indeed, the ambition is to have a more open market that allows more cross border trade and investment in many financial products and services.

The EU wants the financial services liberalisation to happen partly according to the same rules as those in the World Trade Organisation’s General Agreement on Trade in Services (GATS). This includes that no service provider should be treated worse than a national provider (‘national treatment’). And that governments cannot impose limitations or restrictive measures on those (financial) services sectors that are liberalised in the agreement (‘commitments’), e.g. regarding the number of market participants, outputs, transactions, foreign capital and many more (‘market access’ rules). One of the contentious issues between US and EU is, whether all financial services will be liberalised unless an exception is made (‘negative list’) or whether financial services are only liberalised when a commitment is listed in the agreement (positive list). It seems that the US aims for a negative list.

There are very likely to be some articles that go beyond the GATS. For instance, the EU and the US might automatically grant each other those liberalisation measures that each gives to other countries.

A controversial clause in the draft says that a country (‘party’) “shall permit a financial service supplier of the other party to provide any new financial service”. However, a country may demand that authorisation is needed for providing the service.

The above mentioned measures reflect the EU’s proclaimed ambition to include a high level of ‘discipline’ on what measures countries can take as these are assumed to harm the services industry. Because services do not have tariff barriers, regulations are seen as trade barriers. For instance, EU’s commissioner for the internal market, Michel Barnier, insisted on disciplines, e.g. national treatment, when he stressed in July that he would “not accept a trans-Atlantic trade deal that (…) fails to address ‘discrimination’ of foreign institutions in U.S. prudential regulations”. As these disciplines undermine regulation, there is a ‘prudential carve-out’ clause that would allow countries to adopt or maintain measures for prudential reasons, e.g. for the stability of the financial system and to protect depositors. Contrary to GATS and other services agreements, the first draft TTIP text does not have a clause that weakens the prudential carve out.

It is likely that an agreement to cooperate towards coordination of financial regulation will be part of the treaty, which is totally new in a services trade agreement. The EU wants a US-EU mechanism that would aim at a “common regulatory framework” with a “Joint EU/U.S. Financial Regulatory Forum”, and – as the EU Council documents put it – “mutual reliance on each other’s rules, based on equivalence / substituted compliance”. This was originally intended to avoid that the financial industry would have to implement two different sets of rules or would exploit the weakest legislation. However, it also relates to recent harsh transatlantic conflicts about financial regulation. The EU opposed US proposals that would result in the application of domestic regulation on derivatives trade outside of the US, for example to the London branches of US banks (where a lot of problems occurred that resulted in the financial crisis in 2008). The EU, instead, insisted that the US have to acknowledge EU rules as equal to US ones. The quarrel was officially settled in July with a compromise which however leaves important decisions for future negotiations. Given that cooperation on regulation affects the regulatory authorities legislative powers, there seem to be conflicts between member states, as the French and the British governments have proposed large amendments to the first Council documents and suggest scaling down the ‘common regulatory framework’ to a ‘framework for regulatory cooperation’. Also US officials seem to reject this EU attempt to limit the US regulatory power. As US Trade Representative Michael Froman said in July, the US support the inclusion of market access but “nothing we do in a trade agreement should undermine the ability of regulators on both sides to regulate in the public interest”.

There are many question marks concerning to what degree TTIP will protect the regulatory capacity or will lead to the lowest common denominator in financial regulation. Already, NGOs have warned that new EU financial regulations are in contradiction with the GATS rules that are likely to be included in the TTIP. There might be rules that demand proof that a financial regulation is not more burdensome than necessary, which contradicts the lesson of the crisis that not all problems can be known beforehand. As Michael S. Barr, Professor of Law at the University of Michigan, explains in Keep Financial Regulation Out of US-EU Trade Talks, the talks pose a risk to what has been achieved with financial market regulation in the last years: “The last thing we need is another process, particularly one not focused on how to prevent another financial meltdown like the one from which the U.S. and Europe are still trying to recover."

Another controversial issue in TTIP negotiations is the attempt to grant far-reaching protection rights to (financial) investors. This would allow investors to bring a request for compensation before a dispute settlement mechanism for expropriations and damages to their interests e.g. due to new regulations or because ‘legitimate expectations’ of an investor were not upheld. As TNI and CEO explain, this would be tantamount to a ‘transatlantic corporate bill of rights’.

Trade in Services Agreement (TiSA): ‘GATS plus’ through the backdoor?
In the first half of 2013, more than 20 WTO members started negotiations on the Trade in Services Agreement (TiSA). Since the current WTO negotiations (Doha Round) are stalled, this initiative aims to go beyond the existing GATS rules. Although the European Commission’s mandate to negotiate the TiSA was already approved by the Council in March, the Commission is only now holding a Public Consultation – deadline for comments is 6 September 2013. The Parliament, in its resolution, urged on the one hand to promote “an ambitious agenda for the EU’s offensive interests”, in particular as regards ‘financial and legal services’, and on the other hand to prevent “commitments and rules regarding financial services that would contradict recent measures to regulate financial markets and products”. However, the EU mandate has the ambition of wide ranging liberalisation of financial services and disciplines on rule making.

Business associations, such as the US Coalition of services industries, lobby for TiSA. The US coalition sees it as “opportunity to address major and fundamental barriers to trade in services affecting the United States and the globe. Some barriers to services trade include limited movement of data across borders”, and “unfair competition from state-owned enterprises.” Such attacks on (local) public services and data protection have been answered by civil society. An open letter that warns against the TiSA, has already attracted dozens of signatories but is still looking for more – deadline is 11 September.