FTA between Panama and the United States: Re-negotiations imminent? 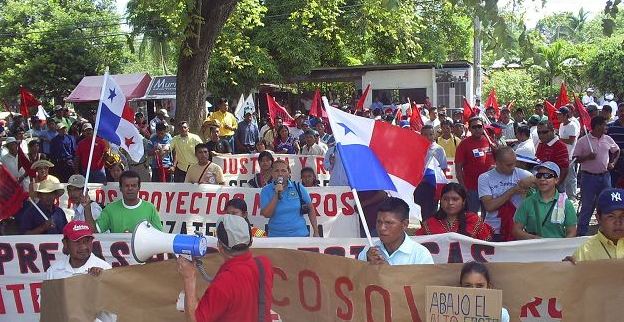 Panama Star, PANAMA. — The Free Trade Agreement FTA between Panama and the United States may have to be renegotiated due to demands imposed by some members of Congress.

These American legislators want Panamanian fiscal and labor laws to be overhauled before they will consider approving the FTA.

In particular, the congressmen are pressuring Panama to reduce the number of people who can form a union from 40 to 20 and to give foreigners the right to head union organizations in Panama.

They are also calling for reforms of legislation concerning export processing zones, the right to strike for Panama Canal Authority employees and mandatory arbitration.

It is not known to what extent Panama would comply with these new proposals but the Torrijos administration recently approved five different executive decrees modifying the labor statutes to comply with the International Labor Organization.

A source linked to the Martin Torrijos Administration, who asked not to be identified, told La Estrella that a revision of the terms and conditions of the FTA agreement are not out of the question, but recognizes that it is going to be difficult and will need the goodwill of both countries.

The former treaties’ administrator of the Ministry of Commerce, Horacio Estribi, said that the revision of the FTA is technically viable because all international agreements have a clause that allows changes even though they have been signed, but “in the end it is a political decision.”

“The Martin Torrijos administration ran out of time to do anything, but the new government has the capacity to renegotiate the FTA, but it has to be put forward before the National Assembly,” said Estribi.

Panamanian Commerce minister, Gisela Alvarez de Porras, recognizes that the political window for the FTA to be presented in the US Congress is firmly closed at the moment because “the United States is busy with other matters.

The FTA could be discussed by the US congress between August and September of this year although some analysts believe that this will not happen until 2010, giving time for the Barack Obama administration to solve other internal issues such as health and the economy.