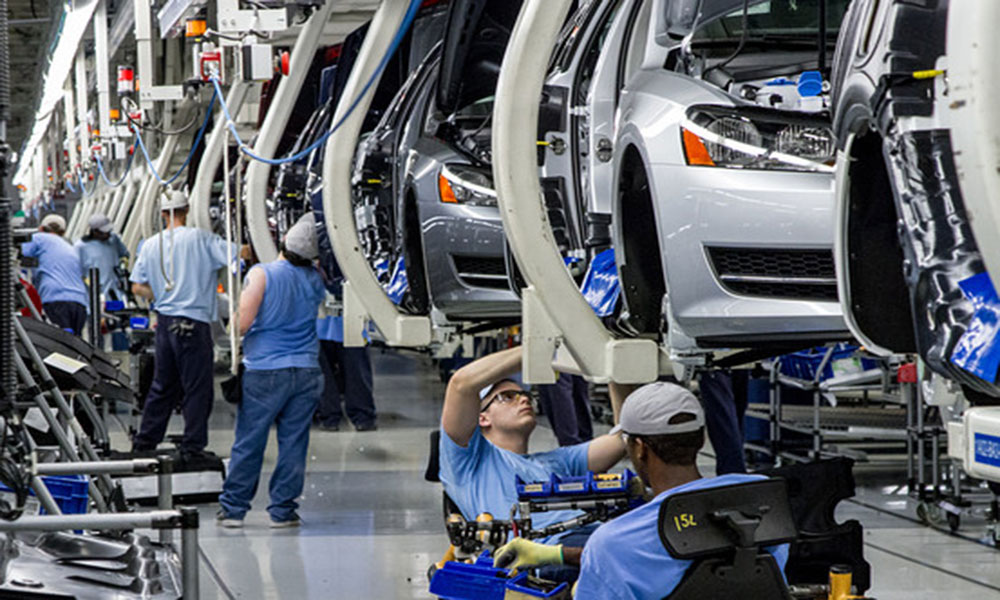 After Korea and the United States agreed “in principle” to revise the free trade agreement between the two countries, negotiators from Korea received a great deal of praise for managing to land a deal without giving up too much.

President Moon Jae-in praised the deal earlier this month in a meeting with his top aides, saying that it has “minimized the effect on our local industries by winning an exemption from US steel tariffs and defending the country’s auto exports and agricultural market.”

But a recent discovery by the JoongAng Ilbo has revealed that there may be room for the United States to exploit the agreed revisions and bypass domestic regulations, allowing U.S. automakers to sell their vehicles without having to meet Korea’s environmental regulations, which are much stricter than in the United States.

Korea’s Clean Air Conservation Act stipulates that auto companies trying to sell cars in Korea reduce CO2 emissions per kilometer to 97 grams by 2020, much stricter than the equivalent US law, which sets the target at 113 grams. In theory this should mean that US cars being manufactured for export to Korea in 2020 will have to be different from cars being made for the US market.

For this reason, the US government reportedly requested that the Korean government ease the regulations on cars produced in the United States.

The Korean government responded that while the standards can’t be changed, some leeway can be given to US carmakers.

The extra eco-innovation credits would give American cars an extra 16.9 grams of CO2 per kilometer above the limit set out by Korean regulations, allowing cars manufactured to USstandards to operate in Korea.

In addition, the US government reportedly demanded that Korea adopt the same emission standards as the United States when Korea decides regulations for 2021 to 2025. At the moment, Korea is yet to determine an emissions reduction goal for that period, while the United States has set 89 grams per kilometer as its goal by 2025.

“The eco-innovation policy applies to all vehicles produced in and outside of Korea [and sold in Korea] and does not just apply to US vehicles,” said the Ministry of Trade, Industry and Energy on Tuesday in a press release.

The ministry also explained that emission standards for 2021 to 2025 will be determined with consideration for global standards, technological advances in the sector and US standards.

Another topic of concern is safety.

During the renegotiation of the trade pact, Korea permitted US carmakers to each sell as many as 50,000 vehicles per year without having to comply with domestic safety regulations provided they meet US standards, double the amount permitted before the pact was revised.

The problem in this case is that the revised pact may undermine the effectiveness of Korean regulations designed to protect pedestrians.

Korean auto safety standards regulate the safety specifications of vehicle bumpers in order to minimize injury to pedestrians in the event of an accident. Such standards do not exist in the United States.

Other safety standards in Korea take geographical features of Korean roads into consideration.

For instance, cars sold in Korea must have a feature where their headlights are automatically adjusted depending on road conditions. Korean roads are typically much more crowded than roads in the United States, and such a feature is considered vital to minimize the number of accidents. In total, there are about 150 regulations that take Korea’s unique road conditions into consideration. Out of the 150, the United States only has about 60 rules that are similar.

“The government retains the option of taking action [against vehicles that are deemed problematic], such as recalling them in accordance with the Automobile Management Act,” said the Trade Ministry in the statement.

However, the increased quota is unlikely to have much impact in practice, as current US automakers only import about 10,000 cars a year on average, well below the 50,000 limit.