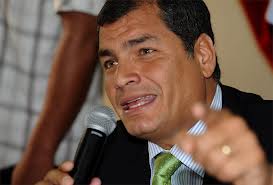 On 6 March 2013, Ecuador’s President, Mr Rafael Correa, requested that Ecuador’s legislature (the National Assembly) approve the denunciation of the bilateral investment treaty (BIT) between the USA and Ecuador (the Treaty). This is a further testament to the Government of Ecuador’s disaffection with the investor-state protection system implemented before Mr Correa became the country’s President in 2007. This blog post provides general background on this development and briefly discusses the legal consequences of Ecuador denouncing the Treaty.

The Treaty entered into force in 1997 and provides foreign investors a number of guarantees, including the obligation on the relevant host state to accord investments at all times fair and equitable treatment (Article II.3(a)). Under the Treaty, a disgruntled investor is entitled to submit an investment dispute against the host state to ICSID arbitration or arbitration under the UNCITRAL Rules (Article VI.3). The Treaty permits the parties to denounce it after ten years have elapsed since its entry into force (Article XII.2) and contains a “sunset” provision under which investments to which the Treaty applies shall continue to be protected for a further ten years from the date of its termination (Article XII.3).

On 17 December 2010, the Constitutional Court held that the Treaty was unconstitutional chiefly because its dispute resolution provisions amounted to a “waiver of sovereign jurisdiction” which would violate the principle of supremacy of the Ecuadorian constitution.

On 6 March 2013, making reference to the Constitutional Court’s decision, President Correa requested that the National Assembly approve the denunciation of the Treaty. As of May 2013, the National Assembly will be controlled by Mr Correa’s party and therefore it is likely that this request will be approved and the Treaty terminated. Some media reports have suggested that the timing of Mr Correa’s request has been influenced by Ecuador’s recent unfavourable results in arbitrations under the Treaty, in particular the record USD 2.3 billion award against Ecuador in Occidental Petroleum Corporation v Ecuador, ICSID Case No. ARB/06/11 (in this regard, see our earlier blog post here).

Due to the sunset provision in the Treaty, Ecuador’s denunciation of this international instrument will not have an immediate impact on existing relevant investments, which would remain to be protected for ten years as of the date of termination (as such, US investors would be in a position to commence arbitral proceedings against Ecuador under UNCITRAL Rules in respect of alleged violations of the treaty within this period (ICSID arbitration is not available against Ecuador due to the country’s withdrawal from the ICSID Convention in 2009)). This ten-year window, however, is unlikely to provide comfort to long-term investments in the country.