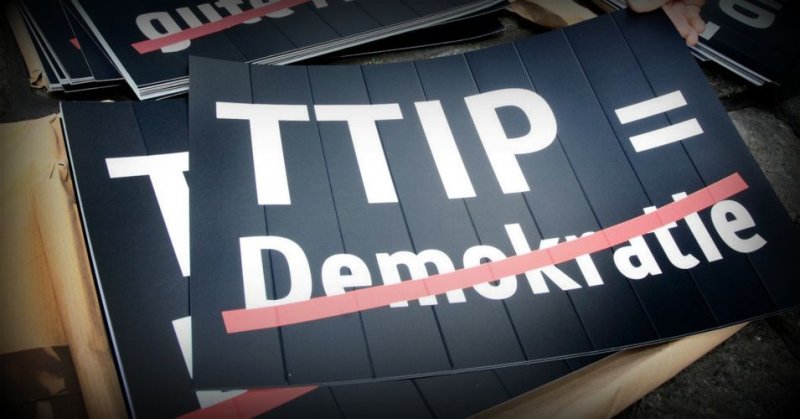 Transparency in negotiating free trade agreements continues to be a controversial issue, despite attempts of the official negotiators, especially European Commissioner Cecilia Malmstroem, to pour oil on troubled waters. Regardless of Malmstroem’s transparency initiative for the Transatlantic Trade and Investment Partnership (TTIP), the US-EU FTA, a storm is brewing in an area not easily neglected by negotiators.

TTIP was on the agenda of last weekend’s meeting of the Conference of Parliamentary Presidents of the G7 countries, with a special emphasis on “the role of national parliaments in bilateral and multilateral relations,” a summary report of the meeting reads.

Claude Bartolone (France), Laura Boldrini (Italy), John Bercow (UK), Tadamori Oshima (Japan), Marc Bosc (Head of Administration of the Canadian Parliament) and Martin Schulz (President of the European Parliament) during the meeting addressed the “necessary participation of parliaments” in the TTIP negotiations, host Norbert Lammert, president of the German Bundestag said, according to a press release.

According to German sources, the parliamentary representatives expressed concerns about limitations with regard to the current mechanisms to allow for access for members of national parliaments. Lammert was quoted last week in the German Weekly “Focus” with a stern warning over the rejection by the US embassy in Berlin to provide full access to consolidated TTIP documents for members of the German Bundestag.

Members of the Bundestag and other national parliaments currently do not have access at all, instead just access in special reading rooms and at certain times is reserved for government officials.

Following up requests from members of the parliament, Lammert in July had written to the US Ambassador in Berlin, John B. Emerson. The answer was that access for the politicians was not provided for.

Lammert, according to Focus, warned that the lack of access could “put ratification of the final agreement by the Bundestag at risk.” Lammert currently would not make further comments, a spokesperson of the President of the Bundestag wrote to Intellectual Property Watch. But discussions in the German Parliament about how to deal with the situation are ongoing.